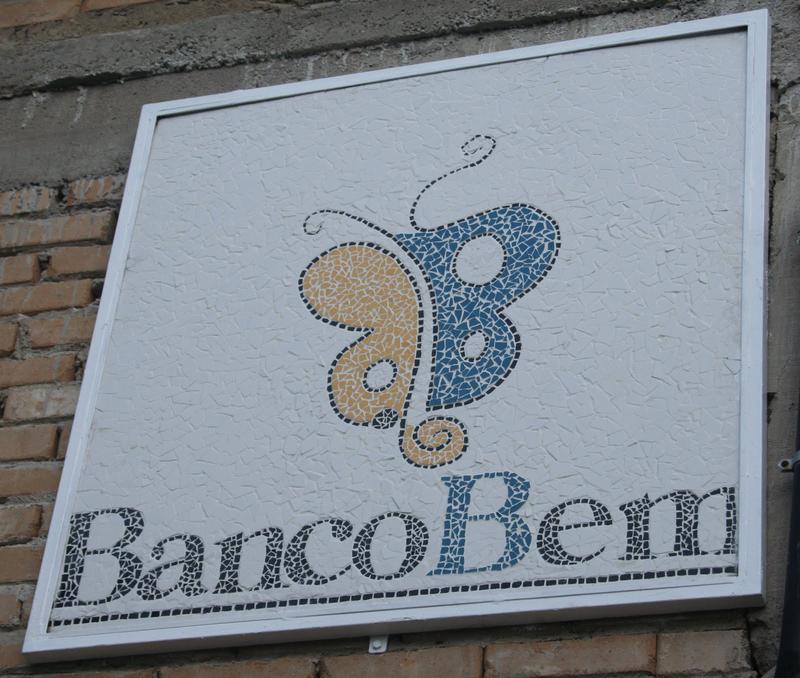 The rise of the Brazilian economy, as with all of the “BRICS” countries, is a story often told in breathless tones of admiration and boosterism. But the “other side” of the economic expansion: the poverty of the favelas, the dislocation of agrarian workers (which has given birth to a very powerful popular movement, The Landless Worker’s Movement), etc. has come into focus as growth has slowed dramatically in Brazil this year.

But in the midst of the turmoil of growth and the immiseration of rapid change, communities are producing economic solutions built in the spirit of solidarity, not profit. In favelas across the country, social currencies are popping up to help spur growth and make the community wealthy.

Brazil’s official currency, the real (pronounced ray-all), often takes a back seat in the cities to the "palma” (palm tree) or the “beijo” (kiss), two examples from among the hundreds of neighborhood micro-currencies that have appeared in Brazil. These social currencies are often restricted to small areas, but they have still helped those neighborhoods build economic bonds together and shape a local, people-driven way forward in the midst of massive macro-economic change.

These micro-currencies are often supported (or even created) by community built microfinance banks, which provide exchange services and microloans. One such bank, Banco Bem, in Vitoria, a city in the Southeast, typifies these practices.

Formed in 2005 by a group of seamstresses, Banco Bem manages and distributes the “Bem”, a social currency they loan, in micro-finance fashion, to neighborhood businesses, families and start ups. They also form a center of the community: for example helping to organize small grocers to get better prices from distributers, and spearheading a campaign to transform open air garbage dumps into community spaces like parks and theaters.

Social currencies are an intensely local method for fighting poverty and building communal bonds. They appeared in 2001 in the financial collapse in Argentina: When workers famously took over their factories and began running them themselves, they were often supported by micro-banks with social currencies in tow.

With responsible currency management on behalf of the community, like that provided by Banco Bem, social currencies allow for community and business building that does not rely on either outside capital nor government intervention. As Banco Bem described their loan vetting process in a BBC article: “The neighbors decide who should get the loans. We ask them a very simple question: if this money were yours would you lend it to this person?”

Such economic practice can help make people better neighbors and build businesses that are more responsive to their community. In the famously impoverished favelas of Brazil, these currencies are making real changes in the lives of their inhabitants.

Correction: The article previously stated that the Palma and Beijo currencies were from Sao Paulo. The Palma is actually from Fortaleeza, and the Beijo from Vitoria