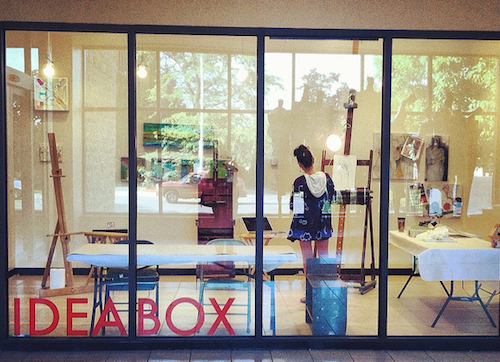 When a coffeeshop inside the main branch of the Oak Park, Ill. library closed, library staff and administrators found themselves facing a decision: what to do with the now-vacant, very visible space? After tossing around ideas they came up with a plan to turn it into a collaboratively creative space, and the Idea Box was born. While not as headline-grabbing as, say, a Walmart that’s been transformed into a public library, the Idea Box has become a catalyst for library participation, group creativity and community building.

Originally, the project, which consists of a 9 x 13 glass room and a lineup of ever-changing, participatory exhibits, was going to be used primarily for collaborative art installations. But the scope of the Idea Box has grown to include science and technology as well. 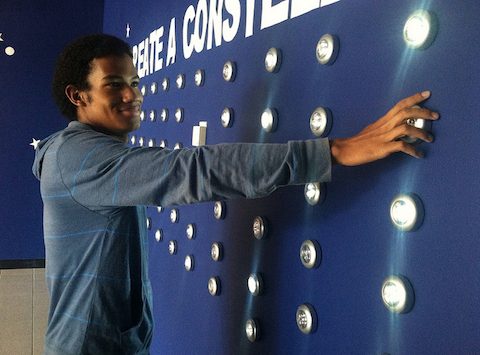 Still fairly new (the Idea Box was launched in April), the project has featured a room-sized, group poetry project, a create-a-constellation interactive installation, an exhibition of local artists working in the space, teen-created, eco-friendly public art and numerous cultural events. The goal, according to the library’s website, is to provide a “new experience each month to create and collaborate.” Patrons are invited into the Idea Box to “tinker, learn and play.” 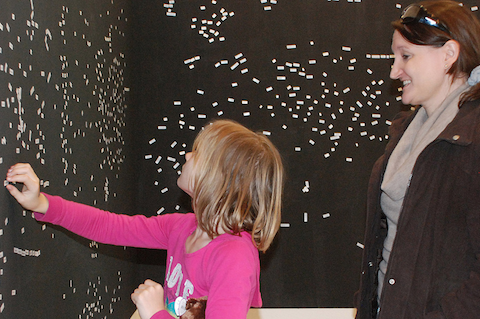 In developing the Idea Box, it was important to the library staff that it reflect the diversity of the library community. Each installation is designed to be inclusive and accessible to all library patrons. Located just inside the library's entrance, the Idea Box is central to the library’s visual and cultural landscape and it serves as an invitation to patrons to participate in and enjoy the creative, collaborative spirit of the community.