Lessons from the Future (Salon) - Shareable
Skip to content 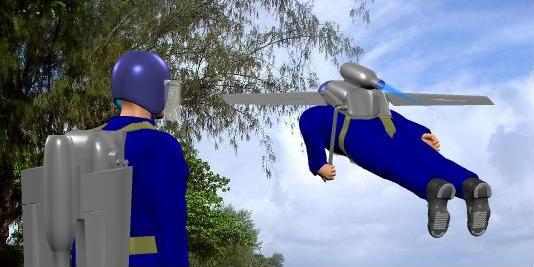 On Tuesday, SAP Labs in Palo Alto played host to a discussion on a sharing economy that is both coming and already here. Shareable publisher Neal Gorenflo along with Future Salon founder Mark Finnern moderated this month's Future Salon on the new sharing economy, gathering a room of unconventional entrepreneurs and innovators. Joining Neal were Rachel Botsman, co-author of What's Mine is Yours: The Rise of Collaborative Consumption, Jennifer Scorpio, co-founder of Getaround, Jon Zimmer, founder and COO of Zimride and Punsri Abeywickrema, founder and CEO of Rentalic. All of these panelists are committed to a common re-imagining of the relationships between communities, individuals, and their stuff. You can watch the video of the forum here, and below are just a handful of insights the panel had.

1. Sharing is addictive. Neal described car-sharing as the "gateway drug" to a different kind of lifestyle. A recent report by Shareable and Latitude found that individuals who entered into a car-sharing program were more willing to share other parts of their life. Sharing businesses have the potential to initiate a broader change in consumer behaviors.

2. Our things won't need us for much longer. Jennifer described the birth of Getaround as coming from imagining how autonomous cars would behave. If the goal of these "autonomobiles" were to be of use, not to an owner, but to anyone who needs a car, people could save money and consume less. This struck me as one of the most forward-thinking statements of the evening; the increasing importance of cloud computing indicates a consumer turn from possession to access that could stretch offline. A washing machine that wanders away from home to find someone to use it sounds like the plot of a Pixar movie, but it could also be the future of commodities.

3. The wait is almost over. Within the venture capital community, Punsri suggested, everyone knows sharing will be a multi-billion dollar industry. As the most popular business model, car-sharing may be the gateway drug for investors as well. All of the participants were visibly excited by the transformative potential of the first wave of collaborative consumption forms – Rachel went so far as to say it could be "as big as the industrial revolution." The main obstacle, Jennifer said, is educating consumers and investors about this new model, and every successful sharing business makes that  task easier.

4. We are the networks we've been waiting for. The story of Zimride's struggles and successes clarifies the importance of actually existing social networks in building a sharing economy. Jon and co. have used pre-existing structures, both virtual (Facebook) and concrete (universities) to host the service. As Rachel said, sharing will cannibalize current producer/consumer relations in order to grow. With the proliferation of so many different kinds of social networks, it doesn't make sense for sharing businesses to reinvent the wheel when there are wheels aplenty.

5. Sharing mirrors social pain. The new sharing economy will not look the same everywhere. Rachel offered a relationship between successful sharing practices and "social pain." That is, sharing will emerge in areas where the local community is suffering particular hardships. She pointed to the emergence of social lending in her native United Kingdom as a reaction to widespread distrust of the traditional financial system and transportation sharing in Asia where there is a high unmet demand for mobility. Sharing will emerge by filling in the cracks where government and private solutions have failed people.

6. How sustainable are sharing businesses? And I'm not talking about the environment. The one audience question that had the panel stumped – if only for a moment – was whether profit off of sharing would last. Once sharing becomes a sufficiently popular practice, could people take it from there, cutting out the entrepreneurs and middlemen? Even if none of the panelists could say that they were sure money could be made off of others' sharing in the long term, no one seemed too worried. The new sharing economy is in its infancy; we have some hints, but no one quite knows what it will look like. One thing is for sure: it's going to be big. 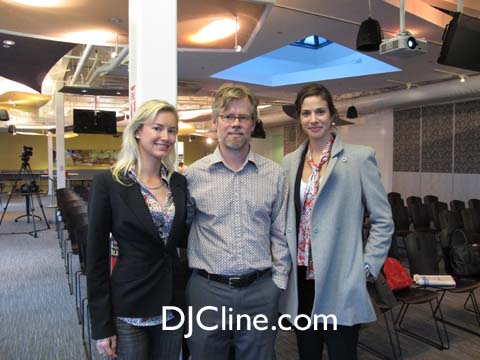 From left to right: Jennifer, Neal, and Rachel (photo by DJCline)