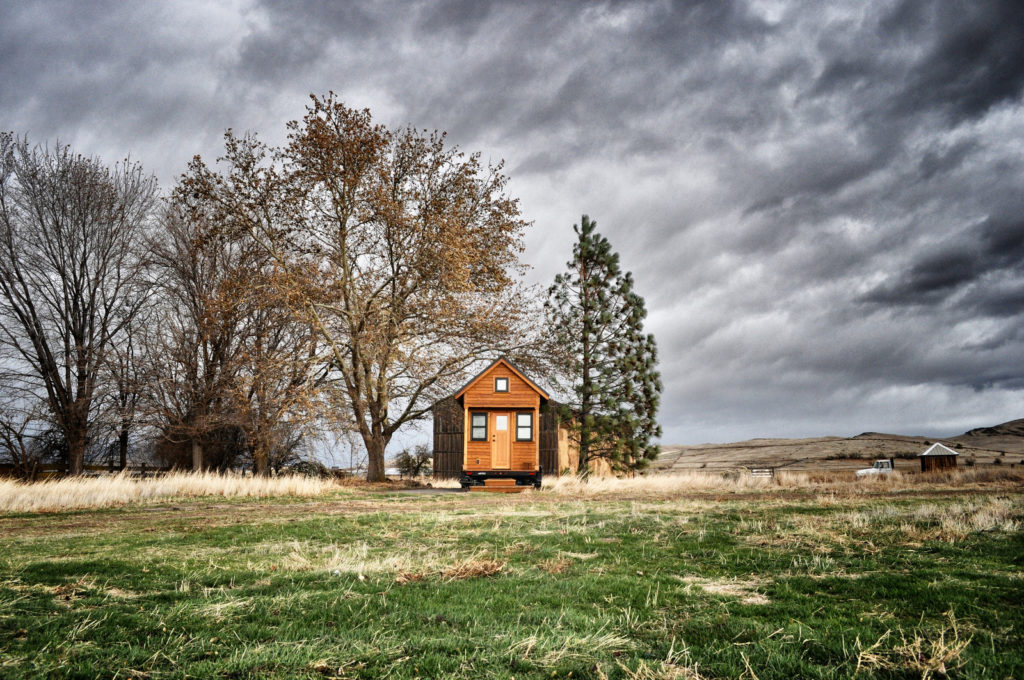 Photo credit: RowdyKittens via Foter.com / CC BY. Article by Alyse Nelson, cross-posted from the Sightline Institute.

Tiny houses may be the darlings of the green-living set — with their own blogs, TV shows and documentaries, and cottage industry of builders, planners, and consultants.

Across Cascadia, to pass legal muster, residential structures must comply with one of three sets of rules: building codes, manufactured home codes, or recreational vehicle certification. They also must comply with zoning codes, which dictate not how they’re built but where they may stand and how they may be used. In most places, tiny houses run afoul of every one of these sets of rules, and often in several ways. The net effect is to make tiny-house dwellers a band of outlaws.

Removing the legal strictures could quickly provide affordable, sustainable housing choices to thousands of people across Cascadia and beyond, at no cost to public treasuries, in neighborhoods already provided with urban infrastructure and well served by transit, schools, community centers, libraries, and parks. And some cities, such as Portland, are already working towards policy solutions that will bring tiny houses in from the cold.

In Oregon and Washington local laws specify that permanent homes must be built to one of two standards: the locally or state-adopted building code, typically adapted from the International Residential Code (IRC), or the US Department of Housing and Urban Development’s national standards for manufactured homes. Tiny houses have a terribly hard time fitting these regulations, not so much because of the safety and fire protection provisions, as because of things like minimum size and height rules. The IRC, for example, requires that habitable rooms have at least 70 square feet of floor space, and not be less than seven feet wide and tall. This rules out many tiny home designs. 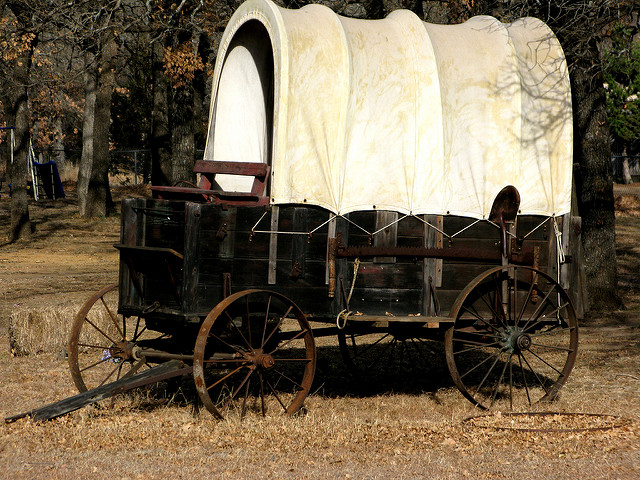 Though 70 square feet is still a rigid requirement for habitable rooms, it’s actually a step in the right direction. In 2015, the International Code Council reduced this requirement from 120 square feet, making building tiny to code much more feasible. Continuing to adapt existing building codes to tiny abodes, or creating a new certification process specific to tiny homes, would be a big step toward unbanning a housing form that’s as old as the sheepherder’s wagon.

Tiny homes on wheels: You can park it, but don’t live there

Many tiny home builders construct these houses on wheel beds, making them more mobile. Dee Williams, a tiny house advocate in Portland, Oregon, and co-founder of Portland Alternative Dwellings, parked her tiny house on wheels (THOW) in a friend’s backyard in Olympia and enjoyed not only lower living costs, but also closer connection with her neighbors.

But these wheels present another challenge to legalizing tiny houses, placing them in a regulatory gray zone between standard houses and vehicles. The wheels often lead cities to classify them as recreational vehicles (RVs) rather than houses, which moves them from the frying pan of IRC and HUD into the fire of RV certification — a different fire, as it turns out, in each state.

One hurdle this creates for tiny housers is the problem of parking, since it’s illegal to live in an RV full-time outside of an official RV park. This is the case in Portland, Seattle, and Vancouver, British Columbia. Cities are not teeming with RV parks, and what parks do exist are often far from amenities like public transportation and commercial services. For example, inside city limits, Seattle has only two mobile-home parks where you can live full-time in an RV or camper.

This paucity of legal parking places leads many THOW dwellers to take their chances and defy regulation. THOWs parked in the backyards of friends or family members, or even on property by themselves, likely stay there without official permission. Many tiny housers accept this precarious living situation, relying on the fact that these codes are not typically proactively enforced. Online tiny house advocacy groups encourage prospective tenants to get to know their neighbors and make sure they’re happy, because code enforcers are unlikely to knock on the door unless they receive a complaint. Regardless of these precautions, sooner or later, many tiny houses are forced to move or lose their wheels and find a foundation.

Tiny houses on wheels have developed a big do-it-yourself culture, with tiny house hopefuls wanting to take a major hand in the design and construction of their future dwellings. Unfortunately, it’s very difficult to get RV certification without a professional dealer, something inaccessible to most DIYers.

In a step forward, Oregon and Washington (see Washington’s official self-certification code here) have both instituted certification processes for self-built RVs, making permitting for DIY THOWs a possibility. The American Tiny House Association has also created construction guidelines to assist DIYers in building their homes to recreational vehicle codes, but even these don’t guarantee certification as an RV.

In Portland, Eli Spevak of Orange Splot is working to use the city’s property maintenance code to create a broader legal path for THOWs. The code applies to existing structures, allowing them to be considered habitable even if they don’t meet current building codes. Spevak argues that since THOWs meet performance standards outlined in local building, zoning, property maintenance, and landlord-tenant rules, they should be permissible so long as they undergo annual inspection. 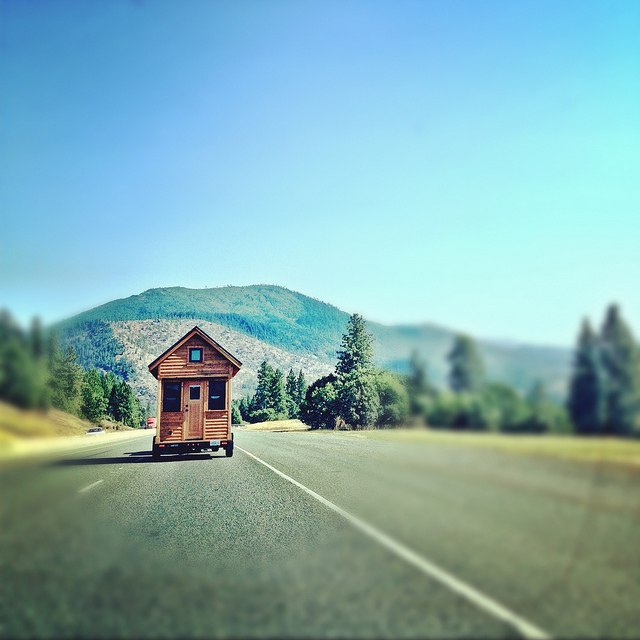 In 2015, Fresno, California, became the first large city in the United States to define and allow tiny houses, including those on wheels, in its local codes, making it a model for other communities looking to create paths for tiny houses on wheels. Still, Fresno’s rules are quite prescriptive. A tiny house on wheels must:

Though most of these code requirements accommodate THOWs as they are now typically built, they could limit future innovation.

Zoning out tiny, by lot, by style, or by occupancy limit

Although the fact that most cities call THOWs campers is probably the single largest barrier to tiny living, local zoning ordinances also clamp down on tiny. Assuming you’ve built a tiny house to building code and want to set it on a foundation in the backyard of an existing single-family home to save on land costs, your next challenge would be zoning codes. Your best bet would be to find a city that allows Detached Accessory Dwelling Units (DADUs), or laneway houses, as they are called in Canada. DADU regulations allow a second unit on a single lot, something often prohibited.

Even then, many tiny houses may not find relief in DADU-friendly neighborhoods. Vancouver, British Columbia, has some of the most forward-thinking and flexible DADU regulations in Cascadia. But there, too, city regulations require laneway homes be at least 280 square feet, which is larger than most tiny houses.

Other zoning restrictions also hamper tiny houses in single-family neighborhoods. Many communities require DADUs to match the exterior design of the single-family home where they are sited. This means matching things like roof pitch, window style, and exterior material, all requirements that add to the cost of building tiny without improving functionality or safety. Portland made tiny home progress recently by relaxing its design standards for DADUs less than 15 feet tall.

Finally, occupancy limits restrict the number of unrelated individuals who can live in one house, no matter how large it is. In Vancouver, BC, only five unrelated people may legally share a home, six in Portland, and eight in Seattle. While Vancouver allows ADUs their own occupancy limit, Portland and Seattle require that the maximum occupancy be shared between the primary house and DADU.

Tiny home communities, where multiple tiny homes share a lot, bump up against several of these zoning restrictions, as existing categories have yet to accommodate this new way of living. Single-family zones that allow DADUs usually only allow one such additional unit per lot, outlawing community living. Conversely, multi-family-zoned properties typically come with minimum density requirements as they anticipate apartments, not a handful of tiny houses. As a result, these communities rest in their own legal gray zone, waiting for outdated zoning definitions to catch up. 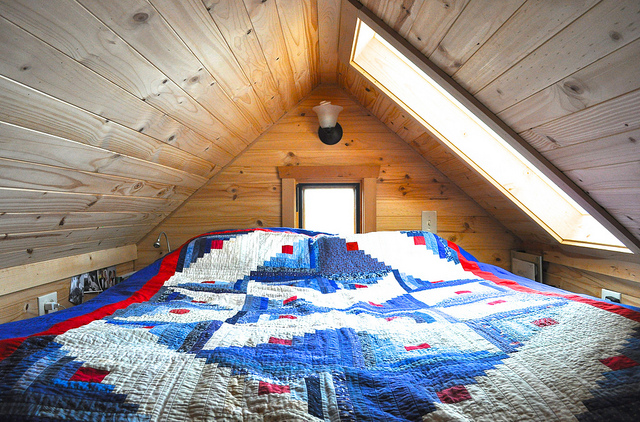 Lina Menard, a tiny house dweller in Portland’s Simply Home tiny cohousing community, experienced firsthand how occupancy and zoning requirements could quash her community. After Lina and her neighbors bought property in Portland, they went to the City to figure out how to live legally on their new land. The residential lot has an approximately 1,400 square foot single-family home, a garage, and three tiny houses on wheels in the backyard. The City’s zoning department worked with the community to clarify what was happening on the Simply Home Community lot. The community describes its permitting interaction with the City on its FAQ page:

“Let me get this straight. You have six unrelated people who share a big house and some of them park their vehicles on the property?” And when we said, “Well, sort of…” They winked and said, “Right?!” And we said, “Yes, that’s exactly what we’re doing!” So with a wink and a nod, they helped us figure out that we are basically sharing a house and a yard. Which we are.

Though Portland’s willingness to find a work-around for the Simply Home residents is laudable, it cannot be anticipated in other communities. Further, many potential tiny home dwellers may find a wink and a nod an uncomfortable resolution when they are seeking long-term housing security. Until cities amend their zoning codes to clearly allow tiny homes of all sorts in residential communities, including communal living situations, living tiny will remain an uncertain proposition.

A future for tiny?

All three jurisdictions would benefit from more housing variety, including multifamily apartments, townhouses, and mixed-use buildings. They would also gain from integrating more housing into the existing single-family neighborhoods that dominate the region’s cities and towns. These small dwellings can increase density in existing neighborhoods without changing the look and feel of the community.

A growing community of tiny house enthusiasts is devoting itself to taking on tiny house challenges. Advocates such as Eli Spevak and Dee Williams are working to find new legal pathways for tiny houses. And organizations such as the American Tiny House Association provide educational resources for tiny house hopefuls.

Whatever the path, cities in Cascadia can embrace tiny living as one small piece of our housing future.