Is This a New Story of the People? - Shareable
Skip to content 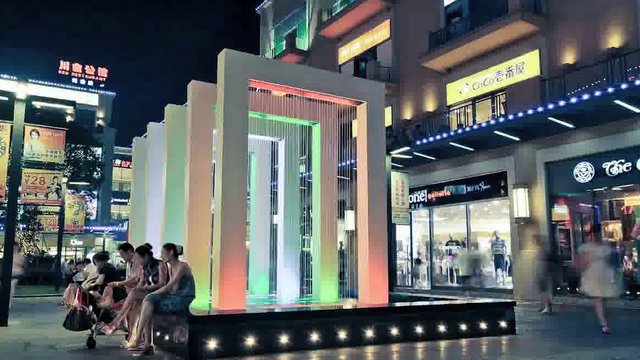 It seems clear to everyone that we’ve reached some sort of historical turning point. Things are shifting beneath our feet, old structures are collapsing and old stories losing their power. But, as always happens in moments of major shift, it’s very hard for anyone to tell where we’re going: we just know that we’re headed somewhere different. One road that seems desperately likely is drastic ecological and economic collapse. But there is another road, the road that Charles Eisenstein, in this short video essay made by “Sustainable Man” adapted from Eisenstein’s TED talk, calls “the more beautiful world our heart knows is possible.”

As Eisenstein points out, correctly it seems to me, we are living in a time and a society that idealizes the individual, and which emphasizes the ways in which that individual is explicitly separated from the rest of the world. This particular formation of the individual, built in total separation, is the cause of alienation, of boredom, of confusing consumption with pleasure and greed with desire.

The video speaks to a fundamental ethical demand: “When we’re young we have this knowledge that the world is supposed to be much more beautiful than what is offered to us as normal….But that expectation gets betrayed again and again…As our ecosystems fall apart, as our political system, our educational system, healthcare system falls apart…it’s a lot harder to fully believe in our stories. So we’re moving into a different story”

The demand is to change the world for the better, to change the story of our lives and our values, to make it the world we believe it can be. He speaks of simple acts of generosity and kindness, and the ways that serving something larger than yourself can help create a better world. Indeed, Eisenstein says that “being in service to something larger than yourself” is the most important thing you can do to make the world better.

But there is a danger in confusing, as this video does, the act of serving something larger than yourself with acting to change the world for the better. There are many things larger than ourselves, and many ways to generously and selflessly give yourself to something that damages the world. What would you say to earnest volunteers for Republican or Democratic politicians who cut social services or scuttle environmental reform—were they not giving to something larger than themselves? What about European missionaries who aggressively attacked the belief structures of indigenous communities, or volunteers who’ve joined their nations’ armies when war breaks out? Were they not “bowing into service”, believing they were creating a better world?

The video further muddles this question by equating images of political action—in particular from Occupy Wall Street and Tiananmen Square—with images of a huge coordinated and (apparently) corporate supported synchronized dance, someone with a ‘free hugs’ sign (a cop gets one), massive religious ceremonies and images of swarming animals: flocks of birds and schools of fish. These are all examples of an individual being part of ‘something larger’, but are wildly different in meaning, in effect, and in their capacity to actually empower the individual, enable ethical action and change the world.

It is important not to build simple binaries between the individual and the group, nor to confuse a group with a community. The late-capitalist individual is most often alienated, bored, frustrated and lonely, but is that because being an individual is suspect, or because the way we are made individuals goes against our own desires, pleasures, and compassionate understanding and interaction with the world? Is “bowing into service” enough, or should we in fact interrogate our actions and those larger movements around us?

I don’t believe that we should “bow into service”, with all of the making ourselves prostrate and submissive such an image implies, but rather find or build communities of friends and comrades that share our desires, our projects, our joys. Communities who we know we can act and fight beside. Yes, the first step is recognizing that the world can be a better place, and that we have the power to change it, and yes, being part of something which goes beyond yourself can empower you like nothing else. It can also deepen your sense of connectedness with both the world and the people around you.

But what that project is, what that “something larger” amounts to, makes all the difference.