Is Mobile Technology Bringing Us Together or Tearing Us Apart? Two Views - Shareable
Skip to content 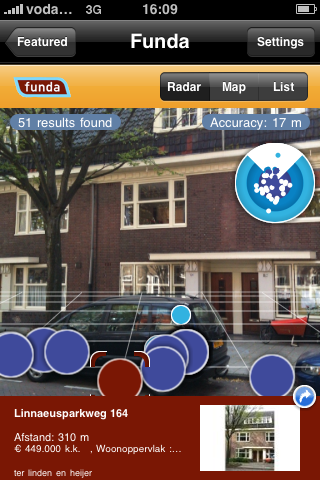 Are mobile augmented reality technologies like Layar tearing us apart or pulling us together? Are they severing our connections to place or deepening those connections? The answer might be "yes."

I involuntarily love and admire the work of memoirist Richard Rodriquez, especially when I disagree with him. He has a beautiful, elliptical, elegiac essay in the November issue of Harper's magazine that is, naturally, available only in print. Sample passage:

I do not believe the decline of newspapers has been the result solely of computer technology or the Internet. The forces working against newspapers are probably as varied and forgone as the Model-T and the birth-control pill. We like to say that the invention of the internal-combustion engine changed us, changed the way we live. In truth, we built the Model-T Ford because we had changed; we wanted to remake the world to accommodate our restlessness. We might now say: Newspapers will be lost because technology will force us to acquire information in new ways. In that case, who will tell us what it means to live as citizens of Seattle or Denver or Ann Arbor? The truth is we no longer want to live in Seattle or Denver or Ann Arbor. Our inclination has led us to invent a digital cosmopolitanism that begins and ends with "I." Careening down Geary Boulevard on the 38 bus, I can talk to my dear Auntie in Delhi or I can view snapshots of my cousin's wedding in Recife or I can listen to girl punk from Glasgow. The cost of my cyber-urban experience is disconnection from body, from presence, from city.

Is Rodriquez correct? I'm not sure. There's something in this passage that seems very true to me; that is, it resonates with my experience. That's how I live. And yet, people are not letting go of their cities. In some ways, technology has deepened our connections to cities, or, to use Rodriquez's frame, it has answered a call for connection.

This is a point that Andrew Blum makes in the UK edition of Wired–which is available online.

Before a Sunday-afternoon stroll through Brooklyn, I pass the moments spent waiting for my wife in the obvious way, scrolling the Facebook feed on my iPhone. It's business as usual: inside jokes and meticulously described brunches. Kenny thanked everyone for "the birthday wishes!!!". Eva had "pulled out the violin" (a real violin or a euphemism?). Miriam "went to the Flea" (the flea market, I presumed). Out on the street a few minutes later, Eva herself appeared, violin case slung over her shoulder. It wasn't until we bumped into Miriam a few blocks later, bags full of second-hand trinkets, that it hit me: my Brooklyn neighbourhood had become Facebook Live.

Conventional wisdom says that technology is bad for real-world communities, that we are often alone at home in front of blue screens. This is no doubt true. But we are also out on the street stealing glances at smaller screens, and interacting in more meaningful ways because of it. When it comes to technology and cities, today's thrilling development – "thrilling", that is, if you like real cities and corporeal people – is that social networking is enhancing urban places. I may have been only affirming face-to-face the interactions I just had in cyberspace, but that act was significant for the future of our cities.

The bandwidth of urban experience has increased. The ancient ways are still there: the way a place looks, the neighbours we wave at and the hands we shake. But now, there is an electronic conversation overlaid on top of all that: tweets and status updates, neighbourhood online message boards, detailed mobile electronic maps, and nascent applications that broadcast your location to your friends. This is far more interesting than what we were promised a decade ago: the proverbial coupon blinking on your mobile as you walk past Starbucks. (I have yet to experience this.)

Anthony Townsend, an urban planner and forecaster at Silicon Valley's Institute for the Future, calls this phenomenon "blended urban reality". It is neither cyberspace nor an urban landscape blanketed with blinking television screens, but the regular old city, albeit socially fused with real-time electronic interactions. And it goes way beyond maps provided by satnavs. The new iPhone, for example, with its GPS and compass, tells you not only where you are but which way you're facing, thereby taking us a step closer to a real-time overlay of information.

But here's the fascinating thing: Townsend sees it as no accident that this is happening concurrently with the rise of megacities. "It makes them manageable," he says. "Cities may be much bigger, but the social graph is the same size." In 1975, there were three cities with a population greater than ten million; today there are 26. IT – particularly mobile technology – exerts a civilising influence, aiding and abetting their growth. It allows us to take the scale and chaos of the city as given, while harnessing the technology as a tool for coping. For example, it lets us coordinate a rendezvous in a train station with 12 exits.

The whole essay is well worth a read. Blum's observations also resonate with my experience. Perhaps Rodriquez is absolutely correct: We have invented our shareable technologies because we want to transcend place. But he might be missing the degree to which technology simultaneously, perhaps paradoxically, preserves our ties to place, adding a layer of reality that helps us to navigate increasingly complex environments.