Is it Possible to Have a Better, Democratic Co-op Without Elections? - Shareable
Skip to content 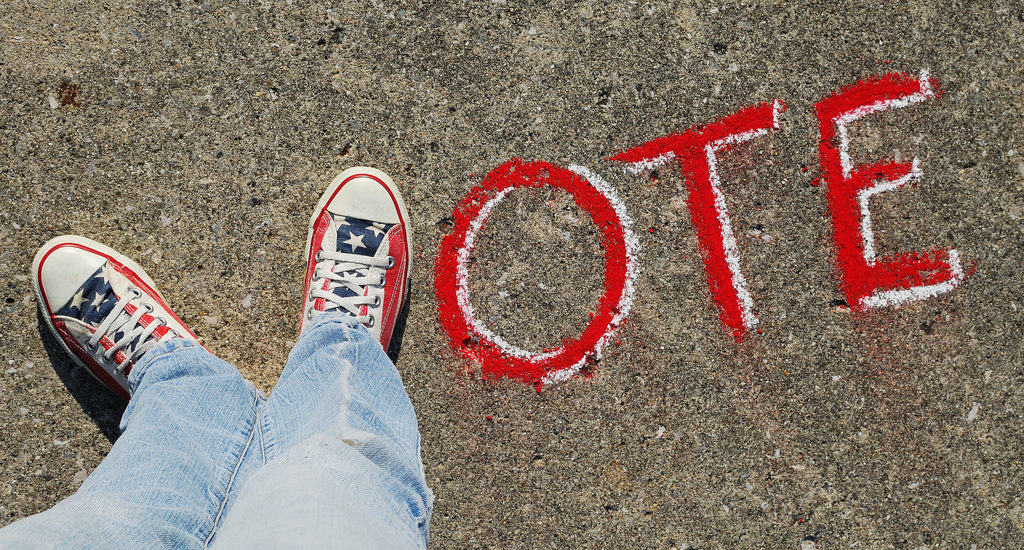 All large cooperative and membership organizations (nonprofits, worker-owned enterprises, etc.) that seek to govern themselves democratically face a perennial problem. How can an organization maintain member interest in matters of organizational governance year after year, and avoid management capture?

The path to a solution requires understanding that the nearly exclusive reliance on elections as the tool for selecting governing bodies is the core of the problem. While elections are generally assumed to be essential to large scale democracy today, there is an alternative and superior democratic tool.

I am not speaking of some sort of "direct" democracy, in which all members get to vote on all matters. Mass participation direct democracy, as well as candidate elections in large organizations, suffer from the problems of apathy, self-selection bias, and rational ignorance. When one's vote is one out of a huge number, and mathematically has a vanishingly minuscule chance of changing the outcome, it simply isn't rational to spend time learning about the issues or candidates — especially if that effort is multiplied for an individual who is a member of several would-be democratically governed organizations.

The better approach is a variant of the jury model developed in the Athenian democracy. The Ancient Greeks considered elections to be oligarchic (since only the wealthy and well-connected could win office), and viewed selection by lot to be essential to democracy. In Athenian democracy of the 4th century BCE, nearly all boards of magistrates, courts, audit committees, agenda-setting councils, and even panels that adopted new laws were made up of citizens who were randomly selected. Only a handful of offices requiring special skills, such as generals, were elected.

Political scientists refer to the use of random selection to form a representative mini-public as sortition. In the past decade, around the world, in places like Canada, Iceland, Belgium, and Australia, many governmental experiments with the use of sortition dealing with public policy matters have been implemented. Such juries have established municipal budgets in Australia, proposed constitutional amendments in Ireland, reviewed referendum initiatives in Oregon, and tackled thorny technology policies in Denmark. While most of the recent implementations have been in the public sphere, this democratic tool is a perfect fit for co-ops, as well.

Very few members will keep on top of their co-op's issues year after year, but most members would be willing to focus on their co-op governance matters for a small amount of time, with modest compensation, knowing other regular members will do likewise, in turn. In the context of a modern co-op, a representative sample of members (perhaps 12-24 members) could be randomly selected to, for example, act as a sort of nominating or hiring committee to select a board of directors, or evaluate (and if warranted, fire) management.

It doesn't make sense to select ongoing boards of trustees directly by lot, because the commitment level needed and investment of time is so great. But short duration representative juries that select the board members are an excellent way to assure ultimate authority and regular oversight by the ordinary members as a whole. To maximize the willingness of ordinary members to participate, these juries would be of short duration (only a few meetings) and their members would be compensated in some manner (a discount, catered meals during meetings, or direct payments). Relying on pure volunteerism for this task is dangerous as self-selection bias can allow unrepresentative special interests to dominate.

Let's take a hypothetical example of a cooperative whose members all want to have a balanced board that reflects the diversity of the membership. They all want a board that includes a member with a legal background, one with budget and bookkeeping experience, and one with lots of media skills. Suppose plenty of candidates meeting these criteria decide to run for the board in an election. Because of the problem of voter coordination, regardless of whether a block plurality, ranked-choice preferential, or other voting method is used, it could easily happen that the mix on the board that gets elected ends up failing to meet most of these criteria that all of the members believe are important. The board may turn out to be all white males without any media or bookkeeping experience.

The way that some co-ops try to overcome this problem is by having a nomination committee select a favored "slate." For this to work, the election itself must be nominal or token, and it is the selection of the nominating committee that is the point of democratic challenge. With the jury model, a large representative nominating committee can be selected by lot. This randomly selected mini-public could interview potential board members and seek to come to a consensus about the best mix of people to form a balanced board. The election could be dispensed with or maintained, either merely pro forma or to give the membership a veto option.

The key here is to escape the straitjacket assumption that democracy means elections. Elections are one tool that may be used by a democracy, but other superior tools such as sortition need to be in our toolbox, as well. To learn more about sortition and democracy, visit website of the Australia-based New Democracy Foundation based in Australia, and those interested in the potential of using sortition in New England can feel free to contact me via terrybourATgmail.com.

This article was re-posted from P2P Foundation. It was written by Terry Bouricius, who worked at the Onion River Food Co-op (1978-1992), and served on its board of directors subsequently. He also served as a member of the Burlington, Vermont City Council (1981-1991), including a term as president, and as a member of the Vermont House of Representatives (1991-2001). He is currently working with an international consortium of democracy and sortition reformers that came out of a conference hosted by the Library of Alexandria, Egypt, in 2015.

The P2P Foundation (officially, The Foundation for P2P Alternatives) is a non-profit organization and global network dedicated to advocacy and research of commons oriented peer to peer (P2P) dynamics

The P2P Foundation (officially, The Foundation for P2P Alternatives) is a non-profit organization and global network dedicated to advocacy and research of commons oriented peer to peer (P2P) dynamics in society.

P2P can be characterized by the presence of open, participatory processes of production and governance for the creation of common goods, whose universal access is guaranteed by licenses such as Creative Commons or the GPL (GNU General Public License). P2P dynamics are most visible today in the many communities and movements self-organising around the co-creation of culture and knowledge. Some of the most well known examples are: Free/Open Source Software, Free Culture, Open Hardware, and Open Access in education and science.

These communities, values and practices are now also increasingly present in the world of physical production through open design, the sharing economy and co-working in hacker/makerspaces and Fab labs. These movements represent a cultural shift towards new kinds of democratic and economic participation that we believe are sowing the seeds for a more sustainable, egalitarian future.

The P2P Foundation monitors the emergence of P2P dynamics in every field of human activity. We document these projects on our open access wiki and report and critique current events on our daily blog. Our Commons Transition website combines a platform for policy proposals with a  web magazine featuring specially curated stories and interviews, with and for commoners worldwide. Our research network, led by the P2P Lab, empirically explores and expands the theoretical work produced on commons-oriented peer production, governance and property to ascertain its viability in real-world applications.

Our wider network consists of independent researchers and academics active in grassroots social movements and in public and private sector institutions, working for the transition to a P2P future.

P2P Foundation members are active all over the world, with representatives in Europe, Asia, Oceania, Africa, South America, and North America.

We are always looking to expand our coverage and welcome new members to our community.