How To Run a Successful Crowdfunding Campaign - Shareable
Skip to content 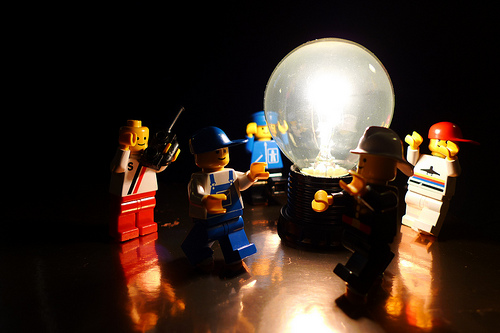 Looking for advice on how to run a successful crowdfunding campaign? This article lays out some of the most important considerations you’ll need to take into account if you want to build your crowd, get them engaged, and drive them to a rewarding conclusion.

So first things first: you’ve got to have a crowd to crowdfund something. Who are you going to reach out to with your pitch? How do you know if they’ll care about what you’re doing? How will you identify your early adopters, those precious individuals who step up first and get the process rolling? And how much money should you ask for from your community of potential supporters?

To answer these questions, you’ll need to:

What Are You Trying to Accomplish?

Figuring out who’s in and who’s not is all about identifying a shared purpose. The “crowd” can be any self-selecting group of people that shares an affinity for something (e.g. loves bird watching), wants to achieve something (e.g. have a great school in our neighborhood), or wants to be part of a meaningful experience (e.g. we elected the first African American president!).

What Can You Achieve This Time Around?

With every crowdfunding campaign, you’ll want to start out with a set of realistic expectations that fit your situation. Two important considerations are:

We recommend using the Goldilocks Principle to answer these questions:

“The target amount shouldn’t be so big that it feels unachievable. Neither should it be so small as to feel insignificant for a crowd to address through collective action. It needs to be just right.”

In our experience, a good balance is somewhere between several hundred dollars and several thousand dollars depending on what you hope to create, how much work will be required to get it done, and how big your sphere of influence is (more on this in a moment).

Who Do You Know Already?

If you run a non-profit, you’ve probably got a list of donors and an email list for people who want to stay informed about your work. Or if you are a local artist, you’ve got some fans who signed up for your Facebook group to get the inside scoop on upcoming venues and exhibits. Figuring out who you can reach out to at the moment of kick-off is important for gauging how easy it will be to build a crowd of passionistas who will step up and play when the fundraising begins.

You might want to make a mental check-list of the following:

This will help you map out the web of people who can be invited into the process. Your crowd will likely spread beyond these immediate contacts as people in your network spread the word to others in their networks. But you’ve got to start with who you know.

Getting to “Yes We Can”

A great example of successful crowdfunding is the historic presidential campaign of Barack Obama in 2008. The story that inspired tens of millions to get involved can be expressed in three simple words — yes we can. It is a story about empowerment.; a story about hope; and a story about collective action.

So many people believed in this story that fundraising records were broken as the Obama campaign raked in $750 million over a 21 month period. According to the campaign staff, more than 80% of this money came in as small donations of less than $200. Now that’s an engaged crowd!

There is tremendous power in storytelling. Your ability to engage your crowd will be strongly influenced by the narrative that lays out:

Typically, stories in the political realm have been in the “what I can do for YOU” category. There is no story of WE. Yet crowdfunding is about collaboration. The locus of action is in the synergy that exists between leaders and followers. Members of the crowd really need to internalize the mantra that “yes we can” do this together.

A useful way to think about this is through the Criterion of Belief:

The Criterion of Belief is reached when members of your community begin to believe that what you’re doing is going to happen because they are making it so through collective action. It is the perceptual shift that arises when they start to believe they can make something significant happen.

Getting beyond this threshold involves a combination of shared purpose and shared enthusiasm. It happens when your story of collective action begins to feel real. Psychologically, this emerges through four stages:

Stage 1: I want to SEE it become real.

Your story needs to convey that collaboration can lead to a desirable outcome, that members of the crowd can visualize it, and they can feel good about being a part of.

Stage 2: I see that OTHERS are getting involved.

It isn’t enough to tell a good story and walk away. You’ve got to demonstrate that others in the community want to make it real too by putting money in the game and helping spread the word.

Stage 3: I see myself as a SIGNIFICANT person.

Getting people engaged will require that participation be meaningful and significant. They have to feel like their contributions will make a difference.

Stage 4: I feel the INEVITABILITY that this will happen.

Bystanders who haven’t jumped on board will watch to see if it looks likely to succeed. Many of them will take action only when it begins to feel inevitable that enough people have gotten involved. Others may feel that failure is eminent… and that their contributions could be what pushes it over the top.

If you get people to this point, you’re well on your way to a successful campaign. Remember that crowdfunding isn’t primarily about money. It’s about getting a crowd of people inspired and engaged to take collective action. So you’ll be successful as people take meaningful action and more join the bandwagon.

We hope these offerings are helpful to you. If we missed something important, please share it in the comment thread.