How to create a successful collective - Shareable
Skip to content 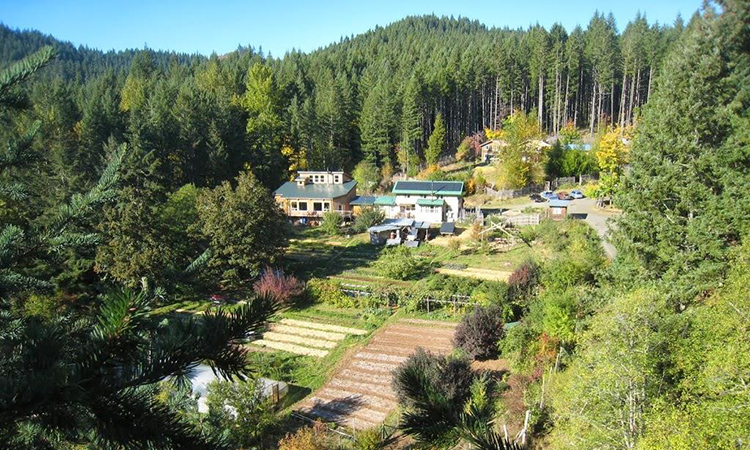 Aprovecho is a 40-acre center 15 miles south of Eugene, Oregon, that is dedicated to researching and teaching sustainable living practices and green skills. Rosie Kirincic works there with six other staff members. She lives with four of them on site. Those six people are coordinating the construction of a 2,500-square-foot community meeting hall using natural building methods. They manage rotating crews of work-traders who come to help with the project through the World Wide Opportunities on Organic Farms (WWOOF) organization.

They tend a 1.5-acre organic garden and actively manage 23 acres of forest using sustainable practices. That can mean felling trees with hand tools and hauling timber using a visiting team of draft horses. They hold workshops in organic agriculture, permaculture design, eating a 100-mile diet, sustainable forestry, green building, and what they call "appropriate technology," which includes building solar water heaters, bicycle grain mills, and composting toilets. And they manage to do all of this without a boss. "It's a consensus organization," Kirincic says.

When you run a nonprofit organization by consensus and live within a few feet of your coworkers, mundane chores commingle with grandiose visions. "We've had endless conversations around getting people to do their dishes," Kirincic says.

Ashley Aymond, another resident, has lived in other similar communities and says, "Every community struggles with the same exact issues of living together, working together, and entertaining each other." So how do they do it? How does the staff at Aprovecho live and work side by side, run an organization by consensus, and live in harmony with a constant stream of people coming for work trades and workshops? Kirincic offers six maxims about living and working collectively that she's learned in her time at Aprovecho:

Aprovecho staff members have their own cabins, but they share the downstairs of the two-story straw bale dormitory where the work-traders and workshop participants stay. That's where they store shared items like books and bulk food. They also convene there for meetings and occasional meals. In the summer they cook together in a shared outdoor kitchen. "You could look at Aprovecho as a neighborhood," Kirincic says. "What if all neighborhoods were built for people to interact? But it's not like that. People get in their cars."

Kirincic lives in a cabin with her partner Chris Foraker, who specializes in the green building practice at Aprovecho, and they have a two-year-old daughter. Kirincic says it's important for her family to have a private life. "I don't think it would be very healthy for me as a person to not have my own private situation," she says. "I need my space." Aymond, who lives in the dorm with six other work-traders, says he's found that it works best for him to commit 85 percent of his time to the community. Ten percent goes to doing personal errands. And for the remaining five percent, he tries to "do nothing, just be by myself, or do art or whatever."

"We're all moving in the same direction. We're all working for the same mission statement. We're all behind the organization," Kirincic says. Aymond says he's watched the Aprovecho staff create a clearer mission over the last year. He compares the importance of a clear vision to drafting a plan before constructing a building. "Once we have a picture on the computer, it brings everything to the surface. People can be opposed to it or really for it."

Meetings are the tools for decision-making in a consensus organization, and the seven people who run Aprovecho meet a lot. "We're meeting once a week. We could be meeting every day," Kirincic says. She also says that the staff tries to create systems to make community living easy for the people who come to work and learn at Aprovecho. And one of those systems is "meeting and sitting face to face with everyone. If someone has a chore to clean the bathroom and it's not clean for two weeks, then at that meeting, someone's going to say, 'Did you ever clean the bathroom?'"

"Everyone's not always on the same page. So we figure out. We discuss," Kirincic says. At Aprovecho they use Marshall Rosenberg's Nonviolent Communication as a tool for communication. "We always work it out. It might be frustrating, but there’s no slamming of books and doors, stuff like that. Everyone’s pretty civil." Aymond recalls one decision-making process at Aprovecho that went awry: "We got to the end and it broke down because people had bitten their tongues. They hadn't fully expressed their deepest fears or feelings and it came out."

"It's not always easy," Kirincic says. "Part of the process of consensus is picking your battles."

"Because we're consensus[-based], adding another person to the decision-making can be very scary, because we're affording that person everything," Kirincic says. "In the past we've gotten burned. You get this person who wants to start this initiative and then they leave. And they leave half-done things behind," Kirincic says. The Aprovecho staff recently abandoned a two-month internship program in favor of five-week immersion courses and more focused workshops, hoping that will help them keep boundaries about who lives at Aprovecho and how long they stay.

Even though it's difficult sometimes, Kirincic thinks more people would benefit from living and working collectively. "People are living right next to each other in neighborhoods and towns and they don't know their neighbors. There's accountability in knowing your community. It's really a powerful thing."

This article was originally published in 2014 and was updated in 2018. This article is part of a series of action-oriented guides that align with Post Carbon Institute's Think Resilience online course. The Think Resilience course prepares participants with the systems-level knowledge needed to take meaningful actions as suggested in this and other "How to Share" guides in the series.