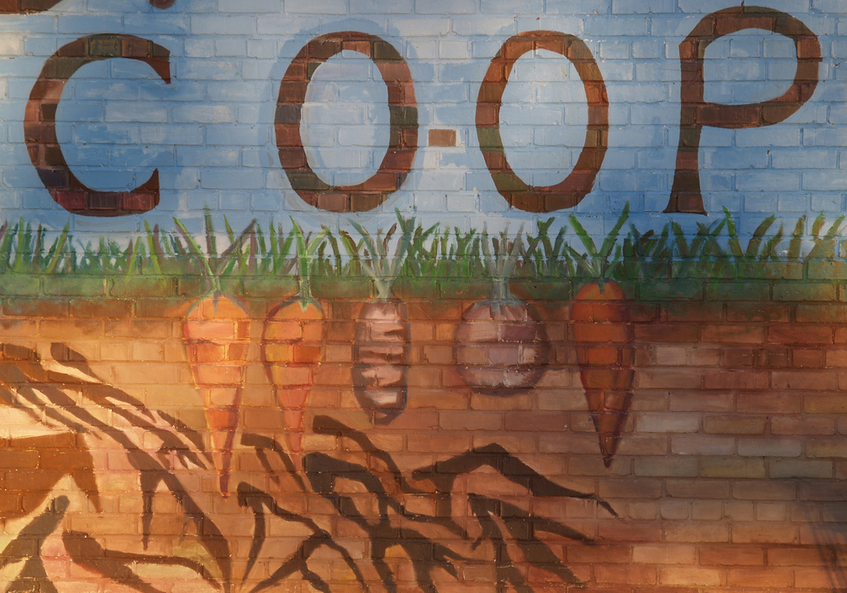 Cooperatives are a great way to bring democracy into the workplace. They can either be built from scratch or by converting existing businesses into worker-owned cooperatives. For retiring business owners as well as entrepreneurs, selling a business to employees is a way to strengthen their business while getting a return on investment. Melissa Hoover, executive director of the Democracy at Work Institute, says that co-op conversions are one of the most promising sources of new cooperatives as they already have customers, assets, and employees, which makes it less risky than a startup. She also notes that those co-ops created from conversions are among the most passionate members of the U.S. Federation of Worker Cooperatives.

“They’re the most engaged and the most attentive to the cooperative forum, principles, and movement building,” she says. “I speculate that’s because… to change something into a cooperative structure, they had to educate themselves about what that meant and connect themselves to movement organizations, models, and peers.” When converting an existing business into a co-op, there are numerous questions that need to be answered. Do the employees want to create a democratic business? Are funds available for a buyout? How will the business be structured? How long will the transition be? Does the selling owner want to stay on? Though it takes time to work out the details, answering these questions is an essential part of the transition.

While every business has unique strengths and challenges, and there is no single way to create a cooperative, there is also no need to reinvent the wheel. Hundreds of worker-owned cooperatives have been created by converting existing businesses by following a series of steps. I spoke with Joe Rinehart, cooperative business developer at the Democracy at Work Institute, to find out how to go from thinking about a conversion to opening the doors of a worker-owned business. He provided the Democracy at Work Institute conversion timeline below which is based on previous versions created by the Ohio Employee Ownership Center.

As Rinehart points out, these steps provide an overview of what a conversion might look like. It’s not a hard-and-fast template. Some of the steps overlap, some may be unnecessary, and the timeline for every business will vary depending on how large the company is, how long the selling owner plans to stay involved, how much training is required, and more. Here, he breaks down each stage of the process:

The purpose of this stage is to get the ball rolling and for the business owner to decide if they’re interested in converting. It’s also about educating everyone involved about the cooperative model and determining how much they support the idea of becoming a co-op. According to Rinehart, this is best done as a facilitated conversation with a skilled co-op transition professional. If there is commitment on both sides, the next step is to organize the key players and move the process forward in a way that mimics how the co-op will operate. One approach that Rinehart recommends is to start building a participatory workplace where leadership and management are shared as soon as possible. This can be done through practices including open book finances and acceptance of employee input in workflow design. “As you create a structure of participation,” says Rinehart, “you’re letting employees know they have a voice… It’s a really powerful tool in creating a workplace that can transition.”

This stage is where investment in the transition occurs. Employees receive training so they can understand the finances of the business. At the same time, the business is valued, and financial options are presented. Rinehart recommends having a professional determine the value, and then giving employees the opportunity to contest it, if need be. This is critical to clarify the process for the owner and employees, create a structure for moving forward, and give employees an opportunity to debate the valuation so they don’t feel like they’ve been taken advantage of down the line.

This stage lays out the management plan for both the transition and post-transition business, and provides training for those in management positions. “It’s important to note that [a worker cooperative] is not about making every decision democratic,” says Rinehart. “You want to open up the management process to be, not democratic, but participatory.” He adds that “it’s about deciding how you’re going to make big decisions democratically, and management is one of those big ones.”

He says that in most conversions, the existing management structure is left in place but that the structure becomes about management and not about governance. The important thing is to document the management structure. At this point, everyone should be very clear about what the rules are, and if they don’t like the rules, they have a voice in changing them. “The people you’re engaging in participation know how to make the business better,” Rinehart says. “They have knowledge about the industry and the business, and they know the impact of their decisions.”

This stage is all about dotting your I’s and crossing your T’s. It’s where you find the financing, if necessary, and pull the deal together. You will elect a board and conduct a first board training. “It’s about making sure everything is legal and clearly and carefully done so that you’re able to move on,” says Rinehart. “You close the door on the transition and effectively move forward as a business.”

Once the worker co-op has been launched, it’s important to have regular check-ins about the business and maintain clear and open communication. The structures put in place are not only for current employees but for future employees as well. You want to make sure there are processes in place for training those employees in what it means to be a cooperative and lay out plans for growth. All of this requires ongoing training and monitoring.

“No structure is perfect,” says Rinehart. “You’re designing a human technology for participation and democratic ownership, and no technology is perfect the first time out the door.” He adds that you’ll want to be able to take time to evaluate it, refine it, and get help from people who are experienced with worker cooperatives.

Worker-owned cooperatives, whether created from scratch or converted from existing businesses, are a central part of the sharing movement. As Hoover says, they’re the “original sharing platform.” For those considering converting to a co-op, Hoover recommends talking with other business owners who have made the conversion to see that it’s possible and that there are huge benefits to doing it. She also encourages business owners to think about what they really wanted to build and where it’s going to go after they’re gone.

This article was originally published in 2014 and was updated in 2018. This article is part of a series of action-oriented guides that align with Post Carbon Institute’s Think Resilience online course. The Think Resilience course prepares participants with the systems-level knowledge needed to take meaningful actions as suggested in this and other “How to Share” guides in the series.

Header image provided by takomabibelot via Flickr (CC BY 2.0)