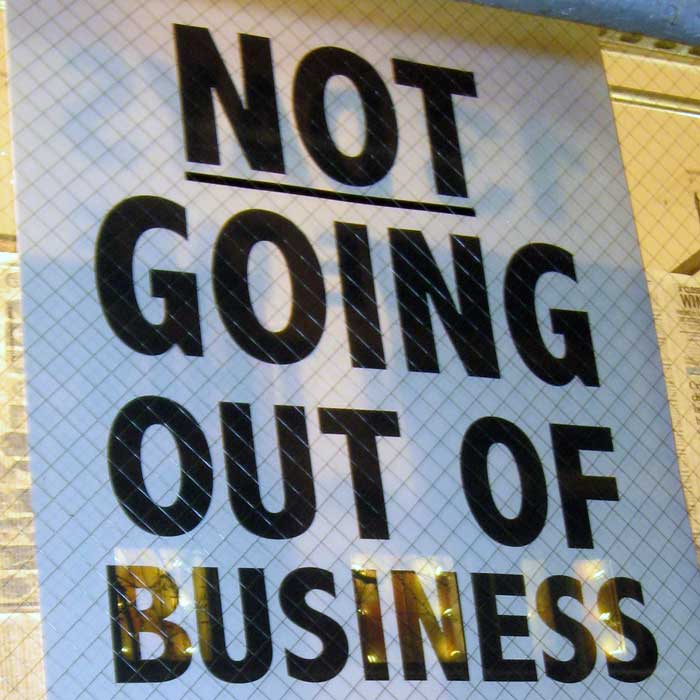 Workers at the former Republic Windows & Doors have been much celebrated in the press for their victory over Bank of America. Their story is an inspiration, and a precious victory that we will continue to cheer. True to the cooperative movement, their transition to become New Era Windows was supported by a network of allies who propelled the workers into the limelight and helped them overcome those banks that were deemed too big to fail. Theirs is a story of sharing ideas and making a joint effort at movement building, with co-op developers, unions, and the workers themselves as players.

Republic’s workers were unionized, and as members of Local 1110 of the United Electrical, Radio and Machine Workers of America, they had a sneaking suspicion that layoffs were coming. In late 2008, Bank of America cancelled the company’s line of credit, driving Republic into bankruptcy, the workers were set to be laid off without their dued severance pay or other benefits. Mark Meinster, one of the ambitious union organizers from Local 111, suggested that the embattled workers occupy the factory. Their suggestion was met with some skepticism—even other union organizers thought for sure they’d be arrested—but their risk paid off, and the workers won back what the bank had threatened to take away.

However, in 2012, after this momentous win, Serious Energy, the company that eventually bought out Republic, attempted to oust the workers a second time, precipitating another factory occupation. The forward-thinking organizers who won the first time around mobilized again, and after a second victory, began thinking about forming a worker cooperative. It was a hard-fought and ultimately successful showdown, but the union needed more support to make the transition to the co-op model. Those same workers who twice occupied Republic have since decided to take permanent control of the company and turn it into a cooperative called New Era Windows.

One of the key members of this cooperative team is the Center for Workplace Democracy (CWD). Based in Chicago, CWD was founded in October of 2011 as a “worker-ownership development center.” A four-person organization, CWD knew their business hinged on their ability to work with and learn from their allies. They drew on the experiences of Cooperation Texas and Green Worker Cooperatives, and reached out to the groups that had helped germinate the ideas that made those organizations successful.

CWD is a young organization that mixes public education and advocacy with professional training and technical assistance. These skills have enabled them to assist with Republic’s transition, and they prepared organizational documents for the company that addressed its new business structure, incorporation details, and so on. CWD also provided guidance with regard to cooperation—how to work collaboratively within the new framework—and hard administrative skills for the new worker-owners, who had no prior managerial experience.

Taking control of Republic was primarily a political struggle, and its organizers used economic means to solidify their victory. True to their mission to provide investment capital for worker cooperatives, a nonprofit organization called The Working World extended their help to negotiate the purchase of the factory, and find a new space for the company.

When, in 2012, Serious Energy dragged their feet and delayed the buyout, preferring instead a plan to scrap the machinery and sell the recycled metal, The Working World shined a light on their malfeasance, publicly shaming the owners of Serious while actively fundraising on the workers’ behalf. Donations streamed in, amounting to nearly $9,000 in additional start up funds, which was added to the buy-in capital that workers contributed when they elected to become a cooperative. The Working World then went a step further and became New Era’s sole backer, providing $500,000 in seed money.

In order to move to the next stage, the worker-owners of New Era and CWD worked on crafting their business plan, and obtaining the skills they’d need to make it in the long run. The beacon that New Era lit shined light on a number of other potential avenues for broadening the co-op movement in Chicago, and CWD took up this charge, forming a Co-op Academy to help develop similar aspiring worker co-ops. Based on hands-on, democratic, and experiential learning.

Our own organization, the Toolbox for Education and Social Action, is developing curriculum for CWD’s Academy. We are collaborating with the Academy students on creating program components, and creating other resources to connect the participants with practitioners in the field.

Together, we will work within Chicago’s emerging co-op movement, developing curriculum that is sensitive to the students’ context and responsive to their needs. The curriculum will be put to use in CWD’s 12-week long Cooperative Business Academy, launching in fall of 2013, which includes the full scope of co-op development.

The contributions of these organizations and their ongoing collaborations shows that Republic Windows & Doors' struggle was more than just a flash point. It energized those involved and brought about new partnerships that continue to give shape to the new economy, and we can use these partnerships as a model for other struggles. The workers who initiated and sustained New Era’s efforts bring out the best of the cooperative movement: that empowered workers can create profound, fundamental change.

The Toolbox for Education and Social Action (TESA) is a worker-owned, next-generation publisher of participatory resources for social and economic change. TESA also provides services to support individuals and organizations

The Toolbox for Education and Social Action (TESA) is a worker-owned, next-generation publisher of participatory resources for social and economic change. TESA also provides services to support individuals and organizations developing and implementing their own educational materials, programs, and digital resources.