How renters are becoming co-owners - Shareable
Skip to content 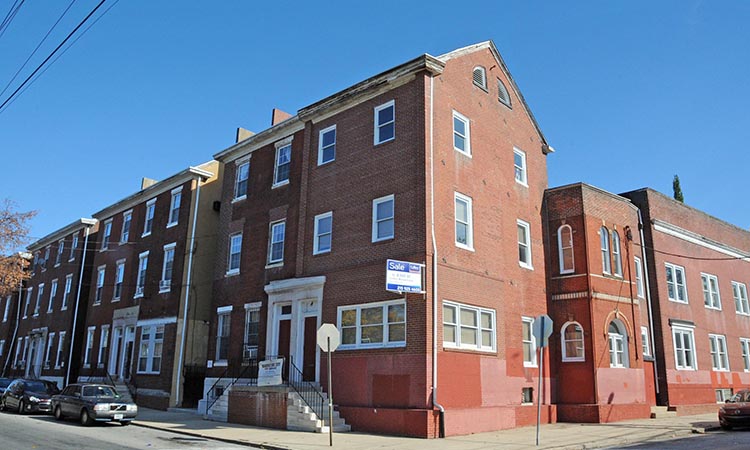 Op-Ed: From the middle-income homeowners of Dos Pinos housing cooperative in Davis, California, to the mobile home residents of Park Plaza in Fridley, Minnesota, low and middle-income residents are owning and developing their own housing — one of society's most critical assets. These efforts are being facilitated by multi-million dollar debt transactions, real estate investment funds, and online crowdfunding platforms.

The housing industry, which has trillions under management and hundreds of billions under development, is owned and produced by a few. And given that housing is a critical driver of wealth inequality, the world is only set to become far more unequal in the coming years. In high-growth coastal areas, less than 10 percent of the population can afford required monthly mortgage payments. Even when low-income homeowners can afford their homes, they live in neighborhoods that fare worse over time. Fewer and fewer people have comfort in knowing that they can afford to live. What are some solutions that expand ownership without placing extensive risk on renters and avoiding the mistakes of the subprime mortgage crisis? Let's buck these negative trends. We surveyed housing ownership and development projects, distilling examples and tools you can use for your next project.

Obtain financing Owners, not renters, benefit from increases in value to their property or business. Ownership also affords additional legal rights, such as protections against eviction, rent increases, and tax deductions. Furthermore, neighborhoods with more homeowners do better. They're likely to have less turnover, be engaged civically, and have better health outcomes from having a sense of control over their environment. But ownership isn't cheap. Financing the purchase of housing is one of the "greatest hurdles" in efforts to share ownership, which the following methods could help overcome.

Partner with impact finance funds. These third party lenders and investors, such as ROC USA, provide loans to renters to purchase the property from their landlord. Renters are encouraged to form a cooperative to manage the property. Running one, however, isn't easy. ROC also provides technical training to help tenants manage the unit. "Everybody has a voice," one resident told NPR. "You own a little piece of where you live, you know? So it feels like we are like a big family." On the condition that they share in the appreciation of the house, the Ameen Housing Cooperative, which anyone can join, provides zero-interest financing. Similar organizations that finance community ownership include Cooperative Development Institute's New England Resident Owned Communities, Urban Homesteading Assistance Board, City First Enterprises, the Cooperative Fund of New England, and in the realm of employee ownership of businesses, American Working Capital.

Raise debt and equity from an online or local community. Social-impact oriented platforms such as Small Change allow everyday investors to provide financing, including debt, to projects they care about. Such sites, such as Faithify, have financed housing cooperatives in Massachusetts, like the Lucy Stone Cooperative. On a smaller scale between a few friends and family, co-buying or mortgage-sharing has risen to purchase higher-quality housing that would otherwise be out of reach for an individual. Startups such as Gocobuy aim to make mortgage-sharing easier. In the commercial sector, Cutting Edge Capital helps with direct public offerings so local community members can buy shares in local businesses.

Share ownership Even after you construct housing, there's no guarantee that ownership will remain affordable for future residents. These methods — whether by restricting resale values or selling the land to a permanently-affordable trust — can ensure affordability recycles to future residents.

Sell shares to other renters. When residents buy shares, they then own the property, removing an important cost layer: landlords. Because residents are simply satisfied by living there, housing can be operated at cost. Second, residents' shares are capped at how much they can be sold, maintaining affordability for future residents of the community. These two features are the bedrock of "limited equity housing cooperatives." Overall costs of living in such a cooperative can be up to 50 percent cheaper than living in an equivalent apartment, as seen in the Dos Pinos housing cooperative in Davis, California. Even more drastic, owning a share of your housing unit was 96 percent cheaper ($20,000) than owning a normal house in Davis ($450,000) in 2008. Despite restrictions on the resale value of members' units, in one Urban Institute case study of the Dos Pinos housing cooperative, members nonetheless realized a return of six percent, which did not even including their savings on rent. The waitlist for Dos Pinos is at least three years long and constantly growing.

Sell the land to a land trust. As markets become hot, however, residents of cooperatives are tempted to sell their shares at market rate so they can make a big profit. In New York City, New York, at least 6,000 units in cooperatives turned market rate, giving their latest owners a hefty windfall. To maintain affordability, you can sell the land on which the housing sits to a nonprofit that provides the ground lease on the condition of affordability. This type of nonprofit is called a "community land trust." Residents also save money this way because land trusts often get tax benefits, which then accrue to the cooperative. And since residents sold the land to the nonprofit, the cost of buying a share is cheaper because it’s simply a share of the physical building, not the underlying land. East Bay's Permanent Real Estate Cooperative and Cooper Square CLT’s partnership with the Mutual Housing Association in NYC exhibit this dual cooperative and land trust partnership.

The question of who gets to own and produce —what one futurist calls "distributive questions” — are only going to become front-and-center in the coming decades. As artificial intelligence, robotics, and outsourcing continue to reshape the future of work, vulnerable populations will need the means to survive with less income.

Other emerging technologies, like internet platforms and blockchain, also offer opportunities to increase housing ownership. "Platform cooperatives," like Fairmondo and Stocksy (a sponsor of Shareable), sell shares of the company — an online platform— to its members. Others, like the Origin Protocol and Holochain, use blockchain technology to create an open, distributed, and shared data layer to promote the mutual ownership of these platforms. These technologies reduce the costs of allowing many to own assets or organize economic communities.

Undoubtedly, as more people own, produce, and share, there will be important legal and social challenges to govern projects and manage disputes. To stay connected, look at the work of the Sustainable Economies Law Center to think about the legal implications of shared ownership. The National Association of Housing Cooperatives and others provide technical assistance to build cooperatives. Networks like Cooperatives and Mutuals Canada, New Economy Coalition, and BALLE connect people and advocate for policies. Research and media organizations like Institute for the Future, New Economics Institute, and Democracy at Work Institute shine a light on best practices.

Read the second part of this series: How renters are becoming co-developers