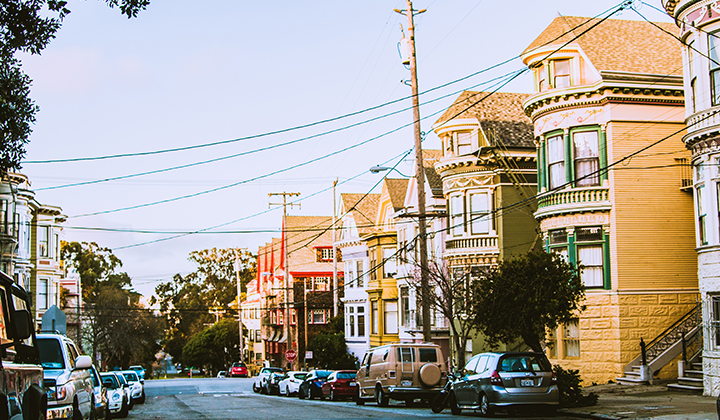 Photo by Parker Gibbons on Unsplash

There’s a guessing game that many of us from the San Francisco Bay Area have started playing while we’re traveling: “What do you think the median monthly rent for a one-bedroom apartment is in San Francisco?” In response, your interlocutor will usually make a few guesses which they believe to be very high. In most cases, you’ll have to keep telling them to go higher. Eventually, they’ll approach the correct figure, and the game ends. “It’s almost $3,700,” you’ll reveal, as they laugh in disbelief. It’s not a very fun game.

The San Francisco Bay Area has been experiencing a housing affordability crisis for quite some time now. Homelessness has reached unprecedented levels, evictions have skyrocketed, and many people are finding it difficult to live in the cities they work in. It’s the magnitude of this crisis which compelled San Francisco’s Board of Supervisors to unanimously pass a piece of legislation this month that could give a big boost to affordable housing in the Bay Area.

The Community Opportunity to Purchase Act, or “COPA,” is the result of years of organizing by housing rights organizations. The act makes it easier for housing nonprofits (including land trusts) to compete in a market that is currently dominated by giant developers and speculators.

“We have people that have lived here for generations and who are being priced out of the city because of a massive influx in wealth,” Ian Fregosi told Shareable. “And so we can’t really just sit back and let the market run its course.”

Fregosi is a legislative aide to San Francisco District 1 Supervisor Sandra Lee Fewer, who authored COPA. The overwhelming support for this act is a consequence of the housing affordability crisis in San Francisco, a city which has seen its stock of affordable housing stagnate in recent years.

Currently, housing nonprofits are subject to a variety of limitations that make it difficult to compete with cash buyers.

“In many cases, the nonprofit never gets a chance to really bid on the property because they have to deal with a lot of other factors,” Fregosi explained. “They have to get funding from multiple sources … to be able to make a bid in the first place, for example. These things take time.”

But COPA shifts this dynamic by requiring sellers to notify a predetermined list of local housing nonprofits before they put their property to market. The act would give the nonprofits five days to respond and then an additional 25 days to make a concrete offer to the property owner, a time window that could make a substantial difference. Proponents of the act hope it will begin to address some of the affordable housing shortages in the city.

But despite making nonprofits more competitive, COPA leaves a city still gripped by market forces. Sellers are under no obligation to sell their properties to nonprofits, so the latter can still be easily outbid by buyers who have more money.

“Obviously we can’t constrain the market, and there are still limitations,” Fregosi admitted, “COPA is not going to fix all of our problems. But it’s part of a broader anti-displacement strategy that the city has to both produce more affordable housing and to preserve the existing housing.”

Although it’s not necessarily a systemic solution, COPA has precedents that suggest it could be an important step toward empowering San Francisco tenants and housing rights activists. The Tenant Opportunity to Purchase Act (TOPA), in place in Washington D.C. for almost four decades, works similarly to COPA, except instead of focusing on housing nonprofits, it gives the right of first offer and of first refusal to the tenants themselves (usually through tenants associations).

A more recent move, also in Washington D.C, is the District Opportunity to Purchase Act (DOPA), which gives the District itself a chance to purchase units if the tenants cannot. DOPA was passed in late 2018, so it’s too soon to know how successful the law will be, but over its forty-year lifespan, TOPA has proven to be a useful tool in combating gentrification in D.C.

“The D.C. laws are where a lot of the inspiration for COPA came from,” Fregosi said. “It’s a good anti-displacement policy which we actually expanded on by making sure that the properties that are purchased through COPA are permanently removed from the speculative market and preserved as permanently affordable housing.”

The idea is starting to catch on across the San Francisco Bay. Fregosi has been fielding interest from city representatives and activists in cities including Berkeley and Oakland.

“We’re hoping that this is something that will spark a movement and that will cause people to think about housing as a human right and not a commodity,”  Fregosi said. “It’s going to take a long time to be able to shift that paradigm — but it’s a good start.”