Heaven Is a Place on Earth - Shareable
Skip to content 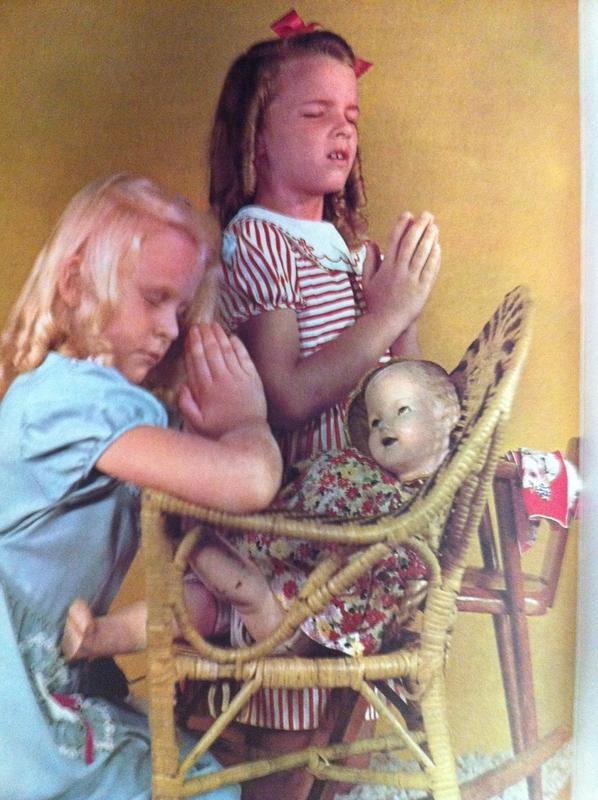 My four-year-old just informed me that we are superheroes, and that my superpower is doing laundry really fast. I’m glad that the rapture didn’t happen, because obviously my gifts are needed here on earth. And I also fear that in role-playing games my “comeliness” is only at an eight. Which means I’m a quick, charismatic, ugly laundry-doer in this particular campaign. 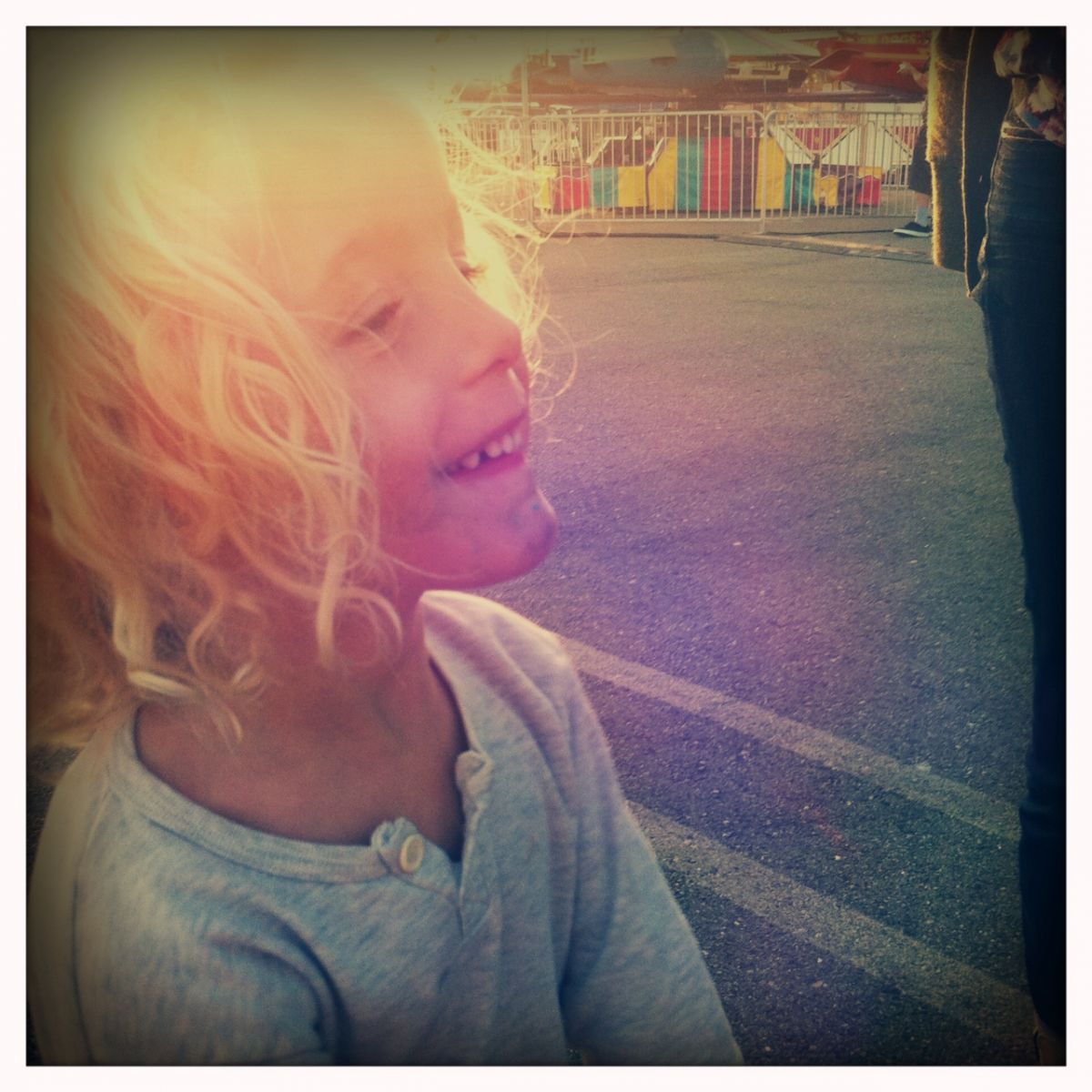 Don’t you hate about hearing about someone else’s dreams? I think there’s a comedian who says something about only wanting to hear about someone’s dream if they themselves make an appearance. Sorry, intrepid readers—no one in this one except me, my husband, and an assortment of innocuous or surly strangers (Hey! Which could be any one of you!) Anyway: sometimes dreams are vague, surreal, ambiguous, or sequentially jarring. Not this one. This one lacked any nuance or room for interpretation. Simply, in it I had won something, or gained some windfall through work or happenstance, and had summarily moved my family back into the kind of house and neighborhood we left for this humble life. We had a car again—a nice one, like before—and everything was much the same as it had been before things changed economically for our family. 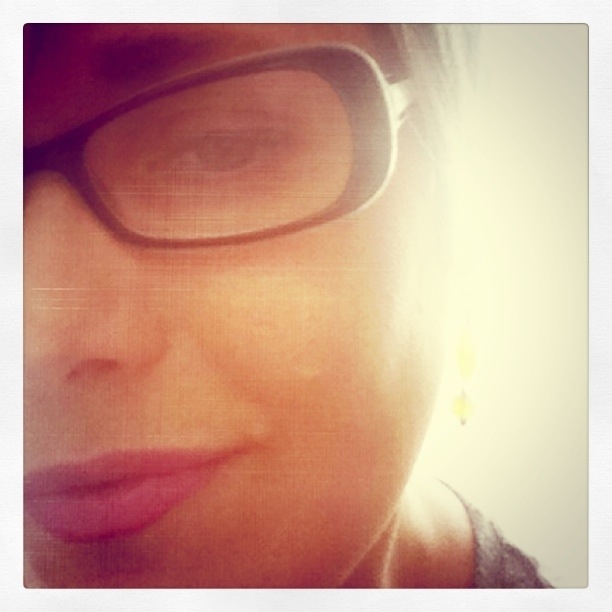 I used to always enjoy the lottery game—the one where you give voice to what you’d do if you won some absurd amount of money, though I don’t play and neither does anyone I know. My version changed as my priorities and interests changed, though some of my conversational companions were able to boast such crystalline goals or visions that theirs remained constant over time: to finally get that PhD and move abroad, or to open a vintage car restoration business, or to sail around the world for a year with their favorite person or two. I was never so clear. I wanted freedom, for sure: freedom from worry and strife, freedom from being shackled to a job I hate . . . and yes, creature comforts, luxuries, and indulgences.

I haven’t had that specific type of idle conversation lately. It just hasn’t come up. So in my dream, I was back to being a “have,” and no longer a “have not.”  Things I haven’t had access to for the last two or three years were back as a given, and the struggles and embarrassments of not being solvent evaporated instantly. I was relieved to have my family in a place with proper heat and air conditioning, not a swamp cooler and a space heater. Windows that opened and shut without clanging or creaking or needing to be propped up with dowels, and where screens kept out the wildlife. A proper bedroom for each child, with proper furniture, too.

These were just flashes, in my dream. Details I wasn’t shown were simply understood by my dream self in that instant, understanding that it was over, and that we had regained all we had lost over the last two years or so. I thought I knew how that would feel. Our lives are certainly not full of strife and deprivation, but it has been a long time of not having to pay bills late with rolls of pennies, or only having second hand clothes and shoes for the kids. There is a peace that comes with that, with being able to provide for your family without too much struggle. I desperately clung to that, when I had it. I grieved—hard—when I lost it. 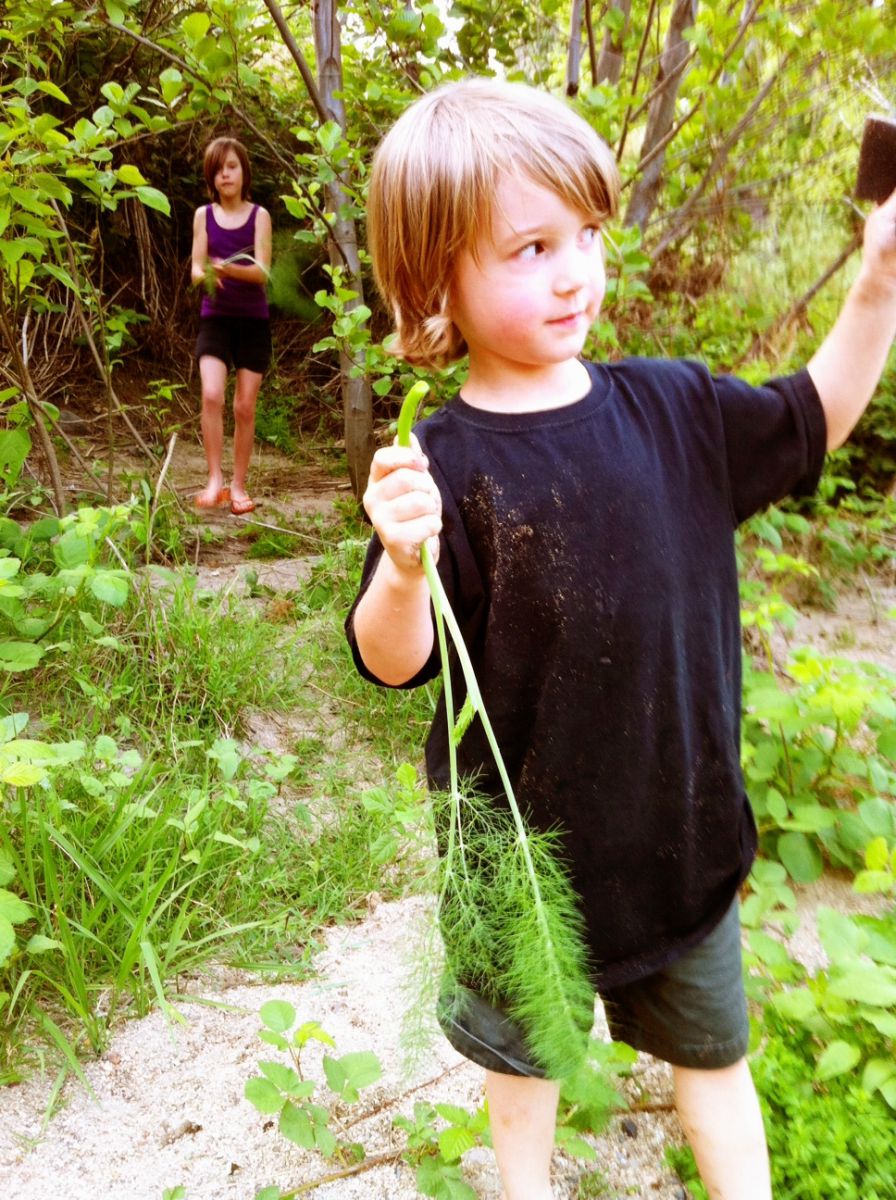 But two nights ago, I played out the scenario of being released from this coil, this tangle of balancing needs and wants, of shyly explaining our car-lessness to new acquaintances who often respond with forced cheer. We could have it all back. Everything. And yes, it was traumatic, and I felt what I personally feel is one of the worst emotions you can suffer: profound regret, and a desperate desire to turn back the clock. I cried bitterly in this dream, and actually wailed my disappointment. 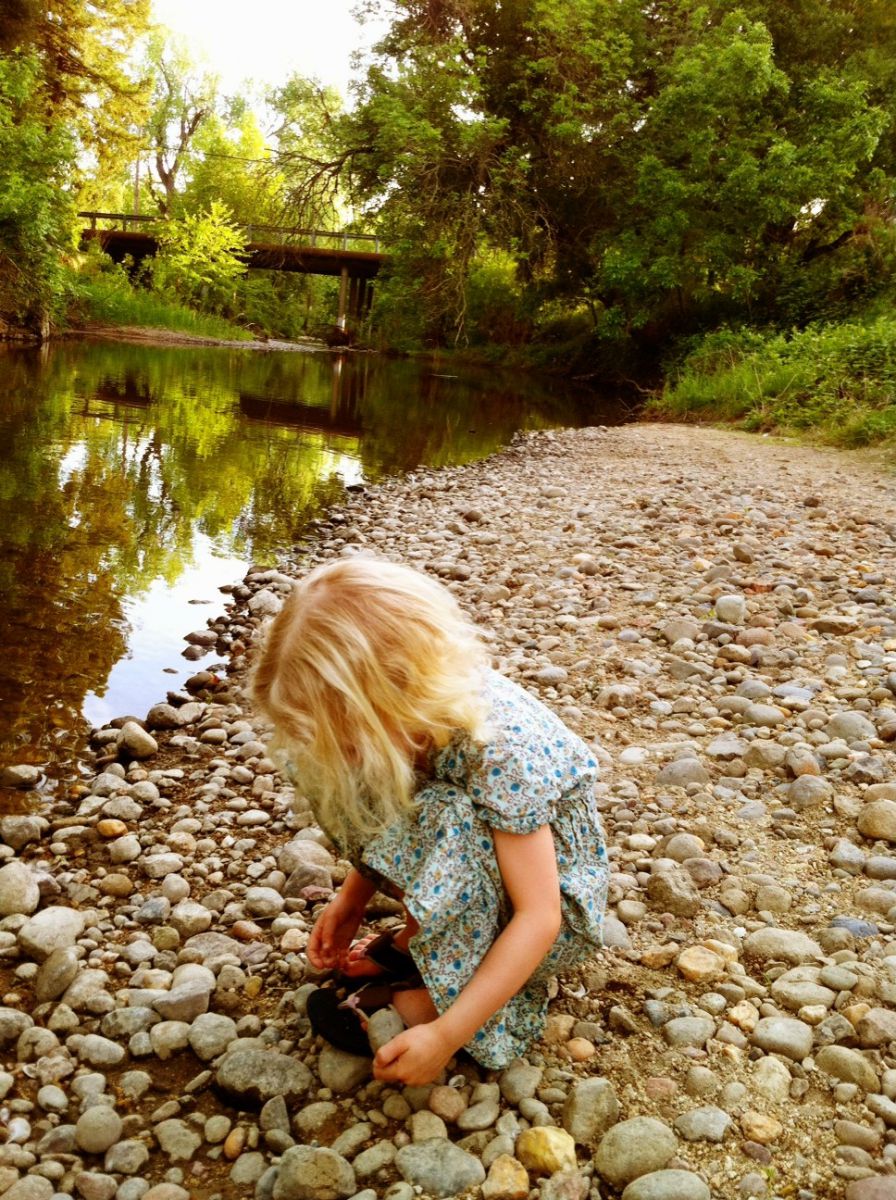 I know, this is an incredibly corny and sentimental denouement to my nocturnal narrative. My dreaming self is not a good writer, and has no feeling for subtle plot development: as I adjusted to our new (old) comfortable and luxurious lifestyle, I felt an overwhelming sense of grief. The garden, the chickens, the people on the bus, the creek, our shabby house with walls painted candy hues from the miss-tint shelf at the hardware store, the big orange wagon that is our “minivan,” the madness of biking far and fast in the rain, the neighborhood barter exchange, the thrift store hunts, the bare feet and soil beneath our fingernails, the libraries and parks and adventures and all the giving and receiving and becoming something not just different, but better than before.

I’m pretty sure that, had there been a rapture, I would not have been one of the chosen few to ascend to the clouds in supernatural ecstasy. I would have been one of the Left Behinds, but you know what? I like what we’re building down here. And I’m so glad you’re all still with me. 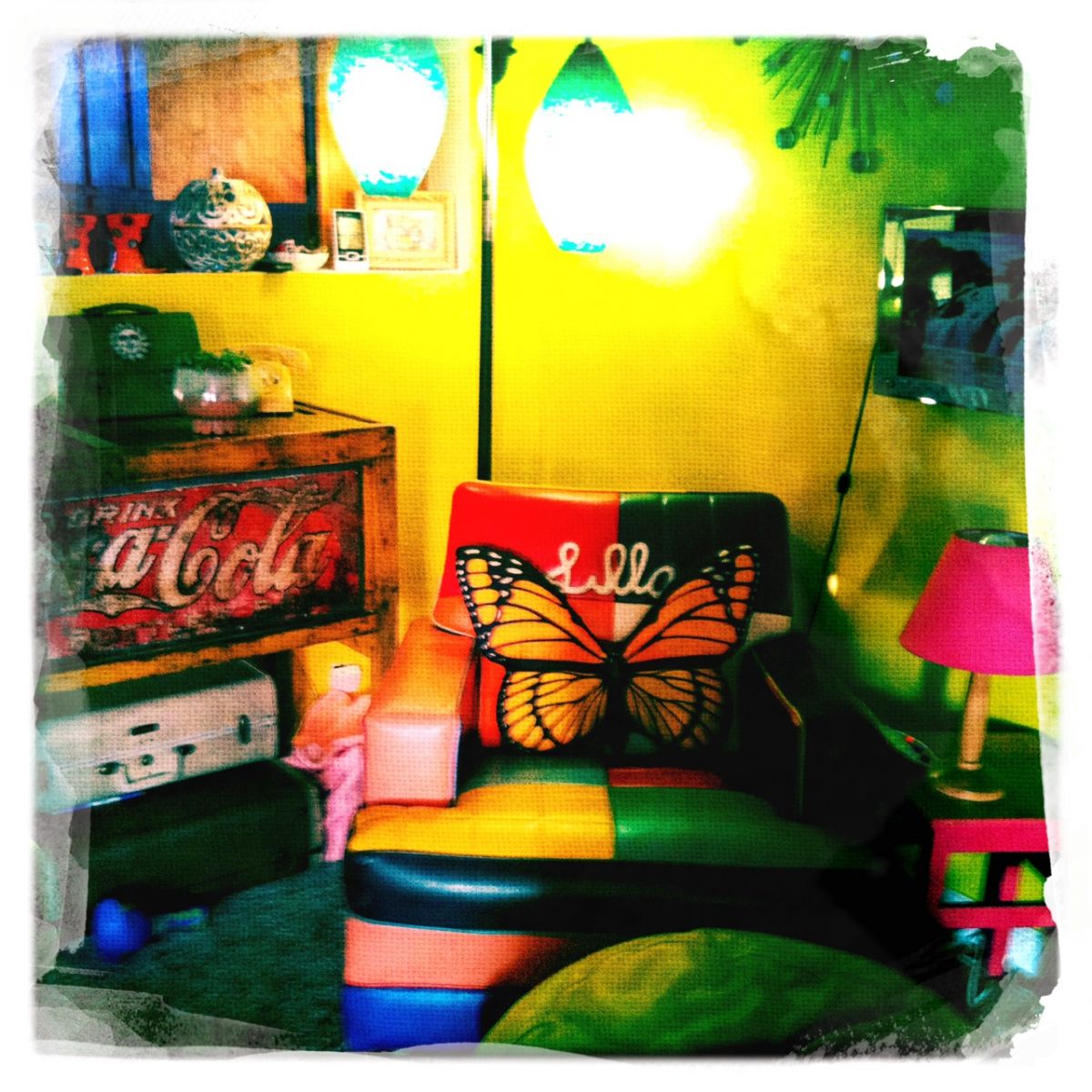