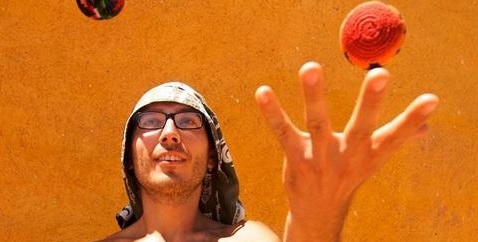 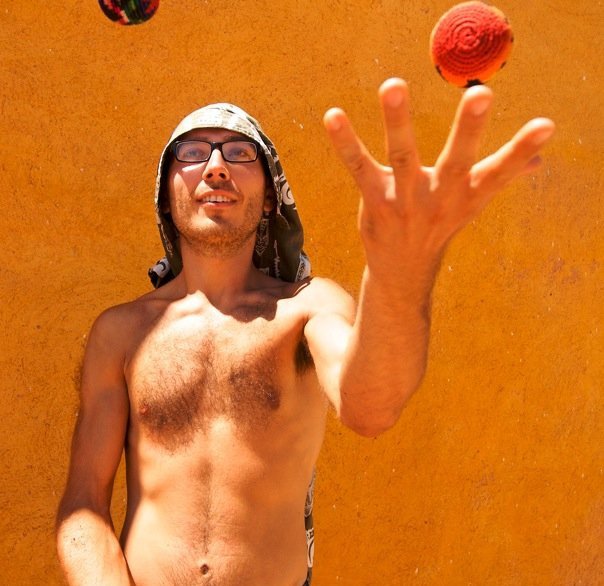 Hacker elf Pavlik, 30, has been living moneyless and stateless for the past four years. But despite his choice to abstain from the money-driven rat race of the global economic system, he lives up to his nickname: "elf" works tirelessly.

Not for money, but to satisfy his passion to impact the world and change it in a positive way.

The last time Pavlik and I met on Google hangout, for instance, he hadn’t left the apartment he’s been staying at for four days. It was three in the morning in Berlin, and he was neck-deep in the OuiShare website, putting the final touches on the webpage for the OuiShare Fest in Paris that’s planned for May.

If the term “hacker” conjures images of anonymous criminals who break into computer systems to stall and mess things up, Pavlik obliterates these negative connotations. He focuses on distribution of technology, and refers anyone with doubts to the Wikipedia article on hacker ethic, which lays out the philosophical principles: sharing, openness, decentralization, free access and world improvement.

“It’s all about autonomy and equality and access to information,” said Pavlik.

Pavlik has had a knack for computers ever since he was 15 years old, growing up in Gdansk, Poland. He sees the Internet as a fertile ground for sharing and collaboration, but not if it remains divided as it is into isolated bubbles. In an ideal world, everybody would open source their code, use open source software, and “overcome this nonsense of competition,” he said.

If Pavlik's work could be illustrated, he said, it would look something like solving the issue depicted in the image below, found on the Social Network Silo slideshow of the W3C organization; the isolation of the web. 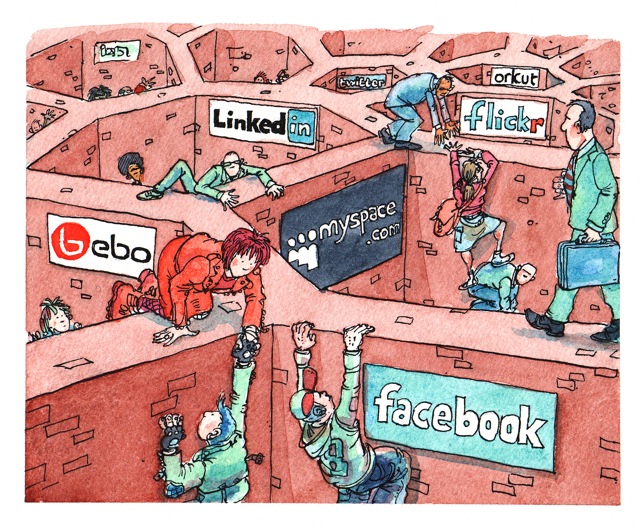 OuiShare is only one of dozens of different projects that Pavlik has a hand in brewing. He also collaborates with the Diaspora Project, Sharetribe, DSpace, and W3C, founded by Tim Berners-Lee himself, just to name a few. And he's initiated hackers4peace, polyeconomy, and Moneyless World, a database that lists and connects individuals living without money

Pavlik’s allegiance to technology is harmoniously tied to his devotion to living outside of the economic system.

“When it comes to this open access and free access to technologies, I find it very similar to the topic of moneyless living because it comes down to having access to different resources without this barrier of money,” said Pavlik.

Perhaps one of the greatest challenges to overcome in his moneyless lifestyle is what he calls a "cultural gap," the assumption and ubiquitous acceptance that all human beings use money.

“It’s the perception of people," said Pavlik. "Most people don’t even question the necessity of using money and don’t see how we can exist without using this construct."

It’s an almost universal belief that causes the moneyless individuals of the world to have to explain their lifestyle, their reason, their methods—almost everyday—to newly-met people. And the common acceptance of a money-based world perpetuates the other challenge, which Pavlik describes as “accessibility issues.”

“Often we talk about accessibility for people who have disabilities," said Pavlik. "Like how we have ramps for people and wheel chairs and we have brail codes. So often nowadays I would say it may be a bit inaccessible for people who do not use money because people make them with the assumption that people will want to use money."

So he works around it, by sharing, trading, giving and recieving freely, and blatantly disregarding the rules:

Pavlik made a sign for himself which he wears on the subway, explaining that he lives without money and therefore rides without a ticket. It seems to work, except for the “five times” he’s been stopped and interrogated by police.

“And that took a while to get out of,” said Pavlik. 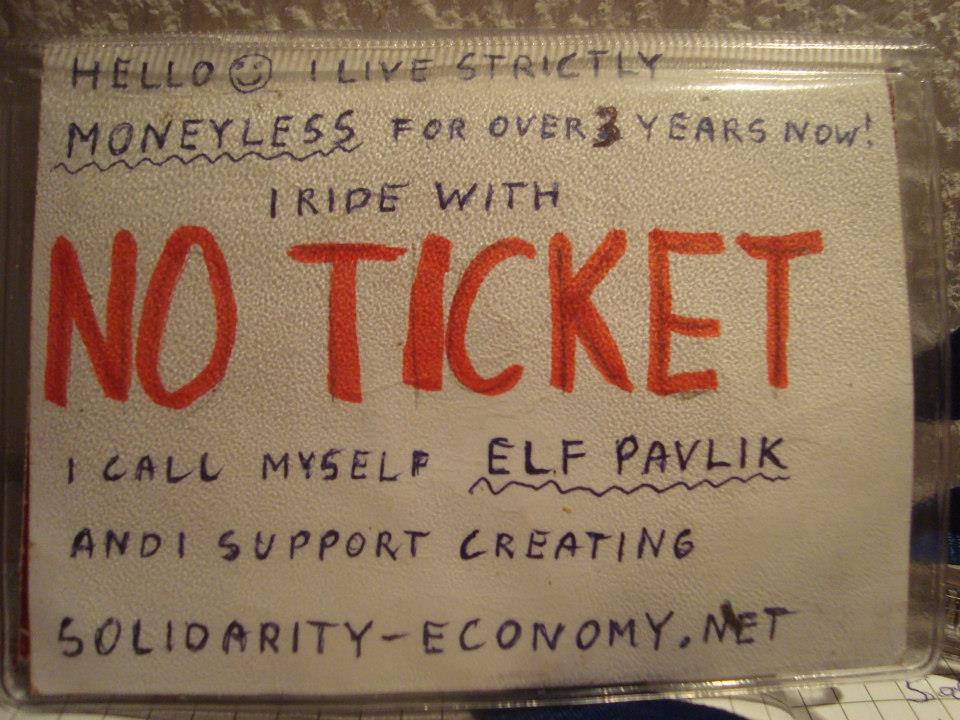 Rather than face the challenges of living without money alone, Pavlik seeks to connect the moneyless community through technology. He keeps up an email list with dozens of moneyless individuals all over the world, and hosts virtual “hangouts," or video chats.

Although they haven’t all met personally yet, the playful proposal of meeting in Las Vegas to party without money came up at one of their last hangouts. (If they do it, Shareable will surely report this amazing feat!)

“We have different discussions and sometimes it’s as simple as suggestions or changing wiki articles on people that we know," said Pavlik. "And sometimes it’s just sharing perspectives. It’s really nice to hear… It’s more of a friends’ circle, not really looking at the planner strategy but how to support each other in a more personal way, and have this contact with people that can somehow relate to how it feels to live this way."

The number one criticism that people have when they hear about the moneyless lifestyle is that to live without money must require "freeloading," off the resources of other people, said Pavlik.

He counteracts the argument by pointing out the irony in this accusation—people who use money are still eating food from complete strangers who grew it, they are living and paying for housing they did not build themselves; they are relying on other human beings in a huge way—it’s just the barrier of money that makes it seem more acceptable to them.

"But again, just to make this choice, one needs to realize that possibility of choosing," said Pavlik. "And I see nowadays, many people, out of this habit, out of just going from day to day and not questioning, people just do it and they don't pay attention to why they do it and how they really feel in their life." 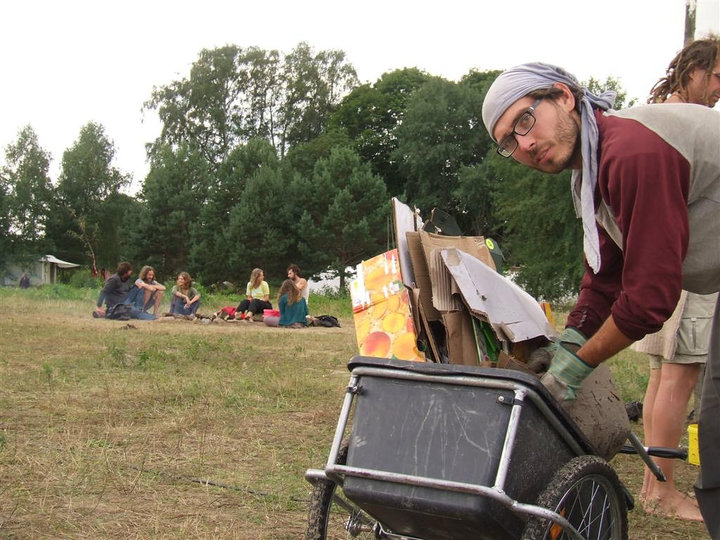 “Many people don’t pay attention, but we have all experience with moneyless collaboration from what we often see as conventional families," said Pavlik. "Because most people would, in what they consider a family, blood relations, help each other, do each other favors—often it’s not welcome to offer or ask money for favors.”

Why has it become so normal that transactions between strangers almost always include money?

A fundamental survival skill of moneyless living is treating all of humanity as if they are family, and sharing with them—another concept that happens naturally within most families, and is often taught at a very young age. The growing concept of sharing with strangers now has a name, which you've probably heard: collaborative consumption. It's almost counterintuitive that such a concept is so innovative as to require a fancy name, but it is, and it does.

"I read somewhere, I think on Facebook, that 'Poverty isn’t a lack of money it’s a lack of network,'" said Pavlik.

Even if you still use money, developing a relationship, a community with other people, says Pavlik, is a significant step to create a foundation to start moving away from using money. In a network, people know each other, they know who needs what, who can offer what, and they can collaborate with eachother in a much more personal way.

“It’s very similar for me, a loving family and how it functions on the small scale and how at some point the whole humanity can function as sort of a big borderless family," said Pavlik. "We are all humans here, we are all related.”

Without a doubt, Pavlik’s evaporation of borders between human beings also led to his dismissal of national borders, and his decision to live stateless, at least for now. It all began four years ago when he was working on a permaculture farm on the West coast of the Iberian Peninsula, and solidifying his life principles and commitment to live without money.

“I realized that similarly to how I see money as something purely a construct of human conceptual thinking—it has no physical existence, just a concept in human heads, there’s no other place that money exists, just a convention between human beings who follow this convention," said Pavlik. "Similarly, the whole idea of nation and countries develop as a certain ideology.”

A bird flying over the European continent sees only rivers and forests and mountains—there’s no physical representation of countries and nations, says Pavlik, it’s human conditioning. What does it mean? What purposes does it serve?

“Especially if you look on certain parts of the African content you can certainly see that someone with a ruler was making a drawing on the map making borders over there," said Pavlik. "So often it has nothing to do with nature.” 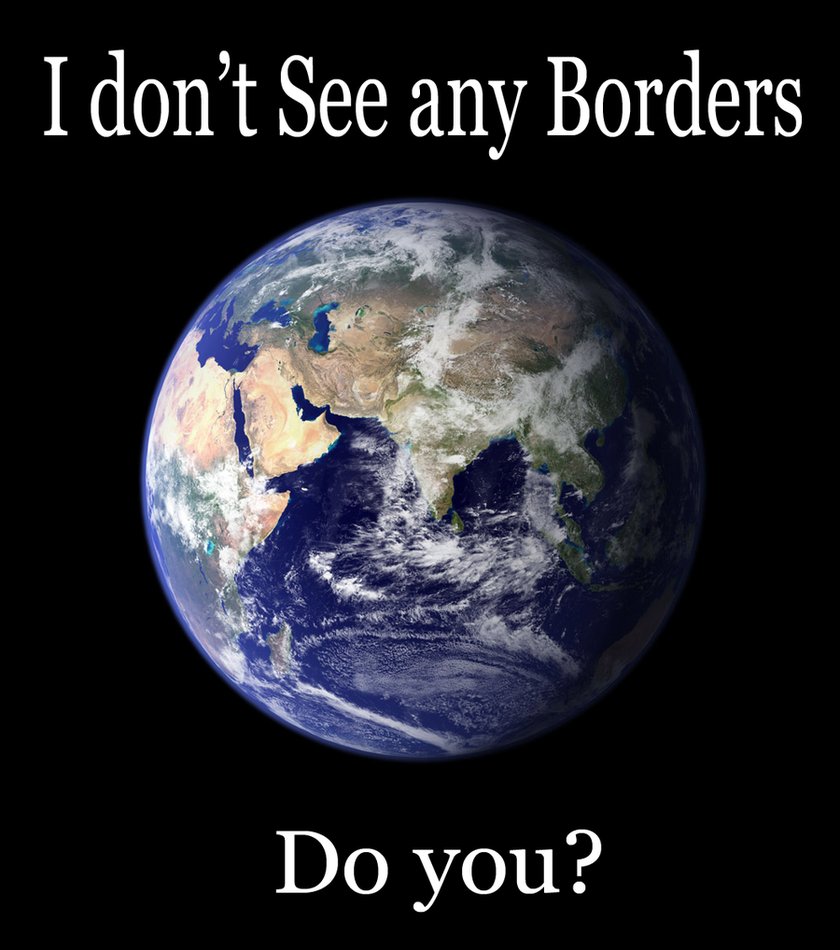 So Pavlik scrapped his passport, and though he travels frequently to conventions and hackathons, he travels with ease within the Schengen Area of the European Union. The Schengen area is made up of twenty six countries without border controls for people traveling within them, and there is no need to carry documentation within this area.

And so Pavlik moves through cyberspace and Europe, staying with people that welcome him in some way and "share more of a vision with me, who work on some of the initiatives that we both feel passionate about, and also have more of a common direction," he said.

He tries not to own anything, and to share all that he has. If somebody tells him that they could use his laptop and put it to better use than him, then he will consider letting them give it a shot.

He cites the Hollywood movie Contact, which he was surprised to find carries a message that resonates within him and within the moneyless creed.

"All we have is each other," said Pavlik. "It may sound cheesey," he admits, but really, it is the only truth.