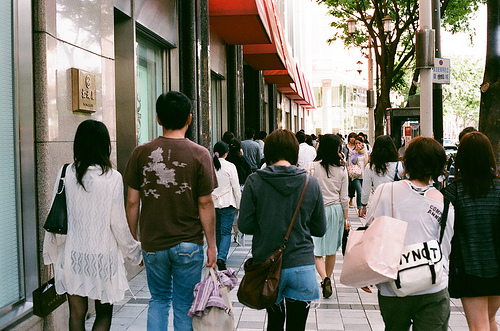 A new study found that the average American drove 6 percent fewer miles in 2011 than 2004. This finding confirms a slow decline in car travel that began at the turn of the century, and according to the research, young people are responsible.

The report, released last week by the U.S. Public Interest Research Group Education Fund, found that from 2001 and 2009, the average annual number of vehicle-miles traveled by individuals under the age of 34 decreased from 10,300 miles to 7,900 miles per capita – a drop of 23 percent. 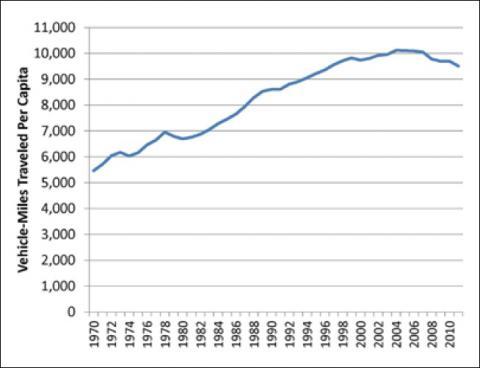 “For the first time in two generations, there has been a significant shift in how many miles Americans are driving each year,” said Phineas Baxandall, Senior Transportation Analyst for U.S.PIRG Education Fund and a co-author of the report. “America needs to understand these trends when deciding how to focus our future transportation investments, especially when transportation dollars are so scarce.”

Some might say the recession, or more specifically, wallet-crushing gas prices are to blame. But researchers say Generation Y isn't just driving less because it's too expensive. In fact the report found that the trend toward reduced driving has occurred even among young people who are employed and/or are doing well financially.

Instead new licensing laws, improvements in technology that support alternative transportation, and changes in Gen Y’s values and preferences emerged as factors likely to continue this trend away from driving for years to come.

The conclusion that technology and shifting priorities are the catalyzing force behind this decline in car travel fits in with what Shareable has observed many times over the last few years.

Just over a year ago, Jay Walljasper noted that our emotional attachment to personal vehicles, once a symbol of personality and independence, is drying up. "With all the amazing information, entertainment and communications available on the web, the computer has become our vehicle for exploration and self-fulfillment," pointed out Walljasper. "The car is now seen as simply a way to get from point A to point B, especially for young people."

This sentiment was echoed by Paul Davis a couple of months later in a piece called The iPhone is the New Prius. "For the price of a regular checkup and a couple months of insurance, you can get a smartphone, a transit card and a decent bike and ditch the headaches and the endless money drain that come with even a hybrid," Davis observed. Noting that with all the apps available for making shared and public transit more accessible, going car free is easier than ever, especially in urban areas. 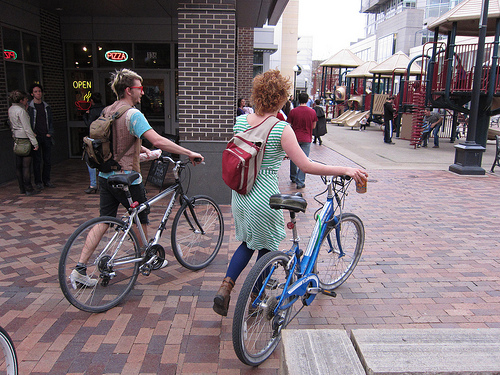 Which brings us to another variable influencing Gen Y's transition away from the car: urban density.

The report USPRIG report notes that a growing number of young Americans do not have driver’s licenses; from 2000 to 2010, and the share of 14 to 34-year-olds without a license increased from 21 percent to 26 percent. Additionally, between 2001 and 2009, the annual number of miles traveled by 16 to 34 year olds on public transit such as trains and buses increased by 40 percent.

All off this quantitative research shows that we, especially the younger Americans, are shifting to a more shareable world in which our lives and our cities are denser and more transit versus car-oriented.