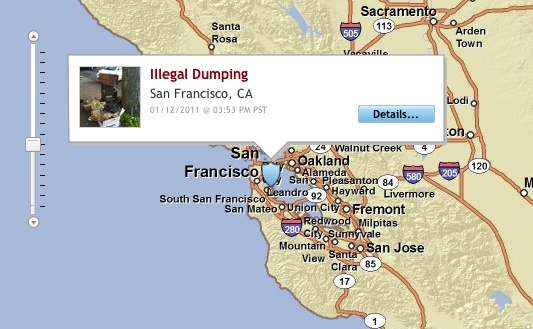 The immediacy of the mobile web and the molasses-slow pace of government bureaucracy may seem to be at odds, but not to government 2.0 thinkers, civic planners and developers. While city, state and federal governments have a lot of work to do streamlining their systems and processes, pilot programs to use mobile apps and software platforms are already bearing fruit. Here are a handful of cool ways to get engaged in the civic process from the convenience of your smartphone.

SeeClickFix – A mobile app available for the iPhone, Android and Blackberry that offers a quick and easy way to report minor issues like potholes, discuss community concerns and rank city response rates. The company is in talks with a number of municipalities and recently received a substantial round of funding, and they are also promoting the app as a data-sourcing platform for news-gathering organizations.

Citysourced –  Another desktop and mobile app that allows residents to report public safety, quality of life, and environmental issues to their city government. The platform has already been adopted by a number of cities, from Los Angeles to Corpus Cristi, and also aggregates data from user reports to reveal sophisticated analytics about urban issues.

Alternative Fuel Locator and Fuel Economy.gov – Developed by the U.S. Department of Energy, these mobile web apps make it easy to find sources for alternative fuels such as biodiesel, ethanol and electric, or track your gas milage and optimize your use of fossil fuels while on the go. 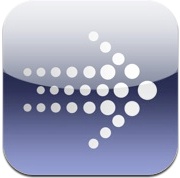 FCC Mobile Broadband Test – Considering the FCC’s controversial take on mobile net neutrality, it’s a bit ironic that the agency offers an iPhone app that allows you to test the upload and download speed and latency of your mobile connection. One of the advantages of this app, however, is that it not only tracks and reports this information to you and the FCC (which could influence future rulings,) but it also allows you to share the results with others, so you can track and broadcast just how crappy your throttled mobile Internet is.

Ecofinder – Released by the city of San Francisco, Ecofinder is an iPhone app that helps users find where to recycle and how to properly dispose of environmentally unfriendly items. If you don’t live in San Francisco, there are a number of alternative recycling location apps, including iRecycle for the iPhone, Recycling Finder for Android, and Aluminate, an iOS app that allows users to track their aluminum can usage and find recycling centers.