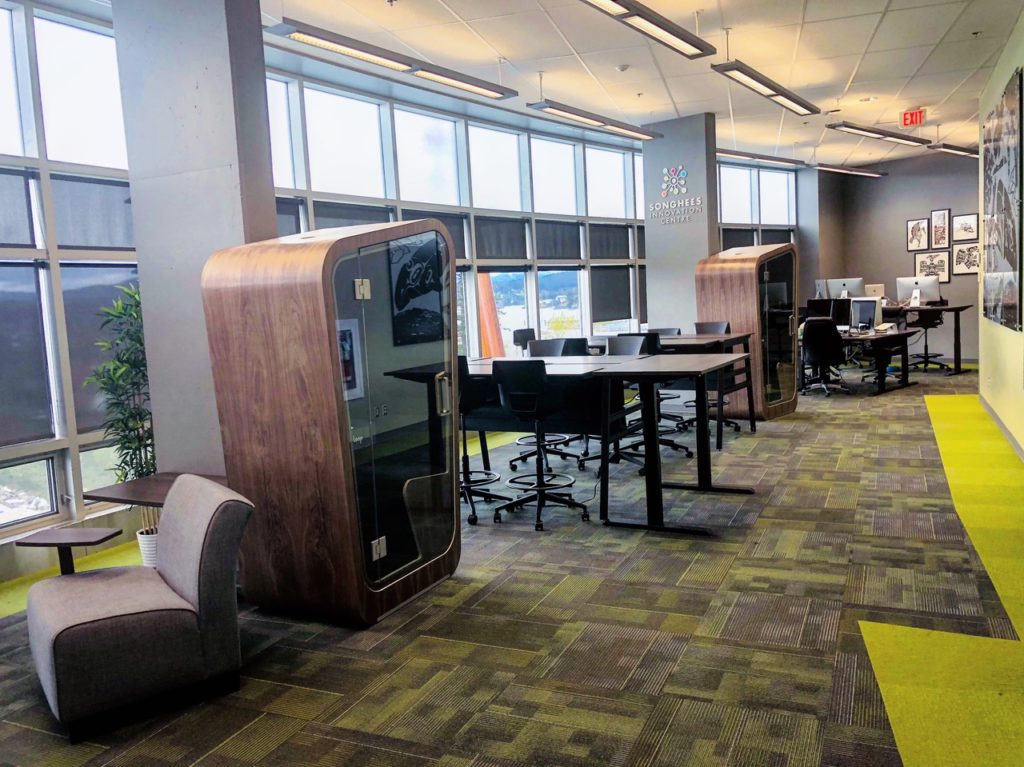 Seventeen-year-old Isaiah, from the Cree community of Chisasibi in northern Quebec, is working toward doing what his ancestors have been doing for centuries — harnessing the power of water. But he's doing it in the most modern of ways — using a 3D printer and plastic to build a motor case and a mill wheel for a water-powered phone charger. Out on the land, Cree hunters may be miles from an electrical outlet, but there's usually a river or stream nearby, so why not use it?

School systems in Indigenous communities in far Northern Quebec have come under criticism in recent years for dropout rates of over 70 percent and for failing to prepare students for post-secondary studies. Isaiah is one of the first graduates of a job skills and empowerment program for Indigenous youth-centered around a FabLab at the First Peoples Innovation Centre (FPIC) in Gatineau, Quebec.

"The FabLab's way of working is very close to traditional Indigenous methods of teaching and learning," says FPIC founder Céline Auclair. "You don't have instructors talking at the learners for hours. You learn by doing and watching people doing things."

The FabLab, which will be open to the public in a few months, is part of a growing movement of Indigenous-centered collaborative workspaces in Canada. Those who have worked to establish the centers say that they combine a very contemporary way of working with respect for the values of the first North Americans.

Aspiring Indigenous coworkers are developing spaces of their own at places like the FPIC, Canoe Coworking in Winnipeg, the city-funded Indigenous Centre for Innovation and Entrepreneurship in Toronto and the Songhees Innovation Centre (SIC) in Victoria, British Columbia, founded in early 2017 as the first Indigenous-centered coworking facility in Canada. "In recent years, there have been so many different kinds of coworking spaces popping up across North America," says Jeff Ward, an Indigenous software developer who is one of the cofounders of the SIC. "There was nothing with an Indigenous focus."

Corporate coworking spaces "weren't quite the right fit for me, and I couldn't quite put my finger on why,” says Tara Everett, founder of Winnipeg-based Canoe Coworking. "Then I started realizing that as an Indigenous person, we do business differently — our approach is much more holistic." 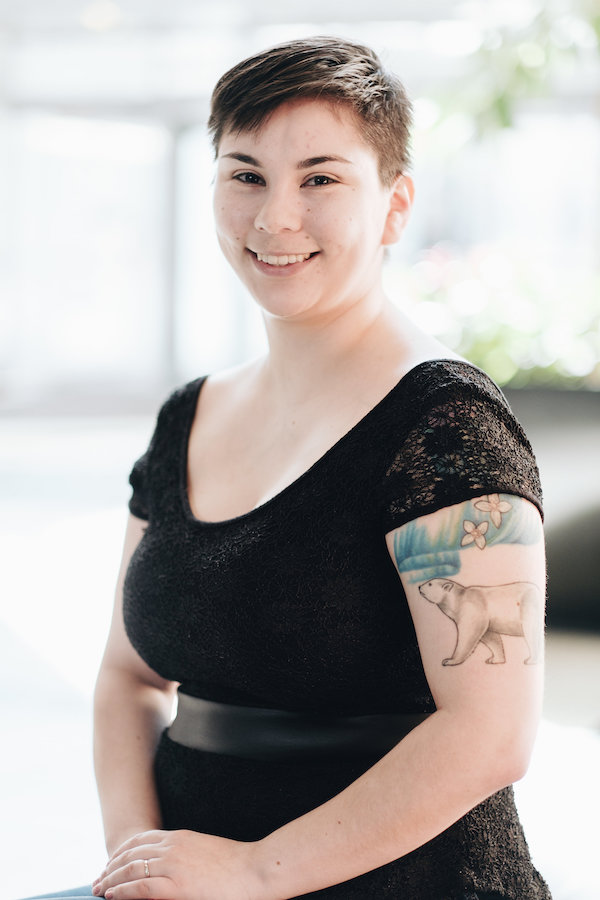 Canoe Coworking founder Tara Everett hopes to create an Indigenous-friendly coworking space in the heart of Winnipeg, where nearly one in seven residents identify as Indigenous. Photo courtesy of Everett

"In a business incubator like ours, bad ideas get weeded out pretty quickly and good ideas can develop faster," says Jonathon Araujo of Pontiac Consulting, one of the groups driving the Toronto project. "We want to create a cooperative, welcoming place."

Ward has already begun to see the benefits of bringing Indigenous co-workers from different fields together in a single space. "I'm working with an Indigenous graphic designer who I might not have met otherwise… we're working with The Moosehide Campaign and Indian Horse Films. I'm really excited to see what will happen." 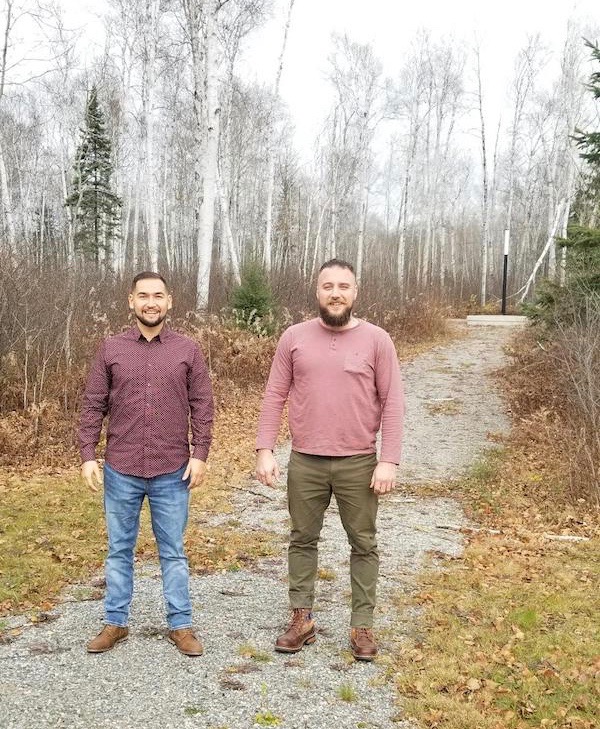 Jonathon Araujo Redbird (left) and Jacob Taylor (right) of Pontiac Consulting are working with the city of Toronto to create an indigenous coworking space and business incubator. Photo courtesy of Taylor

Ward's space, rented from the Songhees First Nation, is starting to fill up with Indigenous organizations that have put down roots there and individual coworkers who come in for a few days or a month. "Once we get the 'hot desk' spaces filled and hire a full-time coordinator, that would be a measure of success for me," he says. "I want to get this place full of Indigenous innovators every day." His ambition is to develop the space into an entrepreneurship hub for the community.

Everett and Ward say having Indigenous-specific spaces gives members a chance to feel safe and considered and to work with like-minded people. "Coworking isn't just shared office space, it's also a community," says Everett. "Winnipeg is home to innovation centers doing amazing work, but if you're working on Indigenous governance, or issues around missing and murdered Indigenous women, it's great to have an Indigenous community to come back to."

For Everett, building a supportive space means setting aside an elders' lounge for older community members and giving members the possibility to "smudge" — carry out a cleansing ceremony involving burning herbs — inside the space. For Ward, culturally relevant décor and the Songhees First Nation café in the same building, with its offerings of "Indigenous comfort food" like salmon and fry bread tacos, play a role.

"Being in a space where you don't have to constantly explain your culture is really nice," says Everett, who is Anishnabe and grew up in Winnipeg. She hopes that Canoe, in addition to encouraging entrepreneurship, will "provide a bit of a bridge" between Indigenous and non-Indigenous entrepreneurs.

"As people have gotten to understand the benefits of coworking, the support has been outstanding," says Everett. "I've seen trepidation turn in to interest and empowerment."

"Indigenous people were the first co-workers," she says. "It's commonly said that coworking was brought about in the 2000s, but when I started to understand it more as a movement, I realized we had always been collaborative — before there was money in North America, we were always sharing resources or time or expertise. That's how I see the coworking movement."