Don't Believe the Hype: The Entertainment Industry is Growing, But... - Shareable
Skip to content 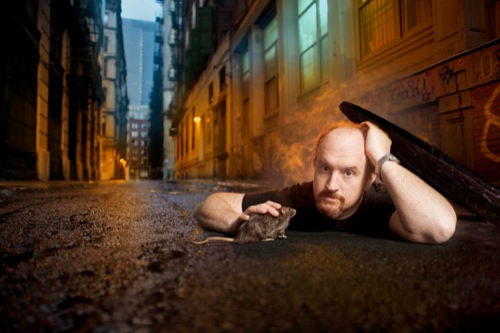 The entertainment industry is contracting, large media conglomerates claim. Online piracy is starving the long-beleaguered artist, whether their medium is music, film, television, or books. It’s this sort of rhetoric that has catalyzed bills such as SOPA that ostensibly will save artists from the lives of privation threatened by piracy, deleterious side-effects to rest of the Internet be damned. It’s been a compelling pitch to lawmakers and pundits, regaled no doubt with nightmare scenarios in which Dr. Dre and Jimmy Iovine are forced to downsize from Cristal to Bollinger. Conversely, this could all be bullshit, a myth propagated by legacy media corporations resistant to change who have bent the ears and pocketbooks of credulous lawmakers and pundits.

In light of such doomsaying, Mike Masnick’s study and infographic at Techdirt The Sky Is Rising: The Entertainment Industry Is Large & Growing… Not Shrinking is refreshing. His research puts the lie to big media’s faulty case and suggests that the push for SOPA and related bills is indeed driven more by bullshit, incompetence and special interests than a clear and present danger to creators.

Some key takeaways from Masnick’s research, and Techdirt’s infographic:

• Entertainment spending as a function of income went up by 15% from 2000 to 2008
• Employment in the entertainment sector grew by 20% – with indie artists seeing 43% growth.
• The overall entertainment industry grew 66% from 1998 to 2010.
• The amount of content being produced in music, movies, books and video games is growing at an incredible pace. 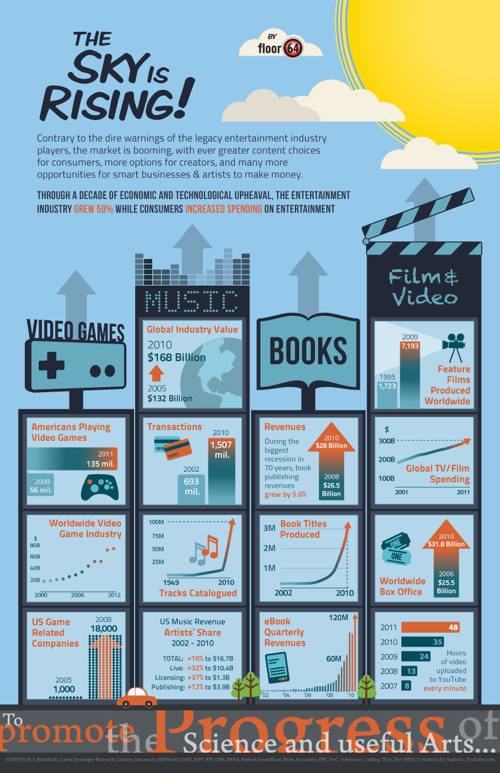 Masnick makes an effective argument, and the infographic is a powerful way to illuminate the flaws in the media industry line for relatives, colleagues, and friends who buy it. But for those of us who have followed the Internet’s effect on media production, promotion, and distribution over the past decade, these numbers will come as no surprise. In online circles, discussion of the disintermediation of legacy media—in Wikipedia’s definition, “the removal of intermediaries in a supply chain [by] ‘cutting out the middleman’”—is old news.

As Masnick demonstrates in his case study of Trent Reznor, the former Nine Inch Nails front man who ditched the industry and began distributing his music online to great success, media creators who embrace the Internet’s shifts rather than resist them can thrive by going alone. There are other high-profile examples that come to mind: Radiohead’s “pay what you want” gambit in 2007 for their album In Rainbows, and more recently, Louis CK’s release of his new comedy special Live at the Beacon Theatre direct to fans as a $5 digital download rather than through HBO and DVD, which net him a million dollars is 12 days.

These are just the well-publicized examples of the opportunities in going it alone—whether you’re talking about bloggers, self-published authors, podcasters, musicians, writers, indie filmmakers, or even software developers, the Internet has been a boon for savvy creators of all stripes. Podcaster Jesse Thorn parlayed his college radio show into a modest media empire airing shows that top the iTunes podcast rankings and appear on select public radio stations. Similarly, when director Nina Paley’s animated feature Sita Sings the Blues was shelved for copyright clearance issues, she released the film online as a free download under a Creative Commons license. The film reached a global audience larger than it might have garnered through a traditional release, and raised Paley’s profile immensely as she became a prominent copyleft crusader.

But as someone who creates and distributes various types of media online, and has worked on both sides of the independent music business over the past decade—as a musician and a publicist at the indie label Bloodshot Records—case studies built on the successes of the likes of Trent Reznor, Radiohead, or Louis CK give me pause. When these figures went indie, they had a leg up on most artists, with large pre-established audiences built largely through old distribution and promotion channels such as record labels, TV networks, and movie studios.

This is an important distinction, and one that rarely gets addressed in optimistic takes on the future of media. The infographic doesn’t delineate between mass-market, corporate entertainment sectors like video games that have thrived in recent years, newly-independent artists with audiences already established through traditional models, and the DIY creators—be they developers, musicians, writers, comedians, or filmmakers—for whom the promise and potential of the Internet is far more nuanced and ambiguous.

As I discuss with Cooper McBean of the thriving DIY string band The Devil Makes Three on a recent episode of my podcast Radio Free Ruin, media creators who start out indie have a complicated relationship with the Internet. In the case of The Devil Makes Three, the Internet helped them reach a national and even global audience without a record label, in regions that they had not yet toured. In 2008, I caught the band play a sold-out headlining show in Lincoln, Nebraska (their first in the state) and marveled as people came up to the band after the show and said that they had heard of the band online and driven as far as two states to catch the Lincoln gig.

But as traditional sources of industry support (promotion, distribution, and simple business admin) crumble, it can take longer for indie artists to reach the critical mass of audience awareness to quit their day jobs. In the meantime, the workload for creators has increased, until they begin consistently making enough money to hire others to handle the additional labor that the Internet adds to the equation. (Disclosure: in the case of The Devil Makes Three, the freelancer they hired to help with their online presence is myself.) 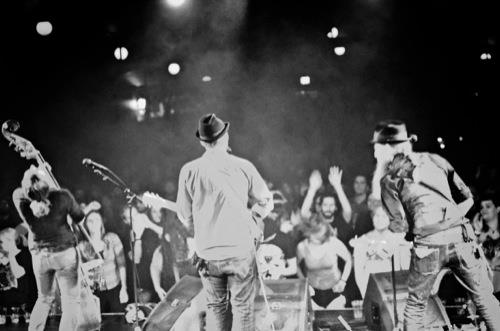 The Devil Makes Three is now successful enough to make a living completely from their music, hire freelance professionals to help with some of the tasks traditionally performed by record labels (promotion and distribution to both old and new media channels, and business administration.) They pack music halls around the country, and are about to embark on a string of dates with the Irish folk-punk powerhouse Flogging Molly. But it’s taken a decade of hard work on the part of the band, both offline and on, to get to this point. For such artists, the effect of the Internet is hard to quantify, and it’s always shifting.

The effect of piracy on sales of self-released albums, in relation to the promotional benefits of that piracy, is a source of ambivalence for indie musicians and the takes vary widely. But the shifting landscape provides opportunity as well: while The Devil Makes Three, like many bands, bankrolled their efforts in the early years through low-paying customer service jobs, crowdfunding has recently emerged as a new model for DIY creators with limited economic resources. As we detail in Shareable’s editorial series and eBook Crowdfunding Nation: The Rise and Evolution of Collaborative Funding, services like Kickstarter have been a boon for musicians, filmmakers, comedians, makers, developers, journalists, authors, and more.

In my lead feature for the series, I point to musician Allison Weiss, who hit her funding goal for a new EP in only ten hours using Kickstarter. Crowdsourced funding can also serve a more diverse array of voices and stories: Filmmaker Alma Har’el partially funded Bombay Beach, her luminous film about the drifters, misfits, and impoverished individuals living on California’s desolate Salton Sea, through crowdfunding. And when the activist comedy troupe of Kamau Bell, Nato Green, and Janine Brito (aka Laughter Against The Machine) embarked on a national tour last fall that included gigs at comedy clubs, union rallies, and Occupy encampments, they were able to fund a documentary crew to capture the one-of-a-kind tour on film.

For the truly DIY—the creators with limited resources who live precarious lives to pursue their passions while navigating an ever-changing media landscape—the effect of the Internet is far more complex than optimistic infographics and studies often suggest. Granted, it’s always been hard for artists who take the DIY route. Many of the successes I mentioned have put in a decade of hard work both offline and on to make a living doing what they love, and this isn’t necessarily new. But for all the new opportunities of promotion and distribution the Internet offers, it’s harder to be heard when everyone has a platform, and the workload for creators with limited resources has grown significantly.

There’s no denying the Internet’s potential. As we covered earlier this week in an interview with JD Moyer, the Internet not only offers creators new distribution and promotion channels, but the opportunity to collaborate with other creators and fans in unprecedented ways. It’s also essential to undermine the big media’s assertions that the “sky is falling”, and reveal that these massive conglomerates care more about securing their position than preserving artists’ well-being, as Masnick does effectively in his research. But it’s equally important to acknowledge that there remains a gulf of exposure, money, and other resources between those creators building upon established platforms, and the DIY artists who are starting from scratch.

Even in the online era, there are costs to promotion and distribution, and finding success in the age of viral videos, social media, digital distribution, and crowdfunding isn’t as free or easy as it might seem. Those costs include time, energy, money, and intangible resources such as knowledge. The Internet poses as many new challenges as it does opportunities. And while the new media landscape has undoubtedly changed everything for creators, don’t believe the hype from either side of the debate—it’s still hard out there for indie artists of all stripes.