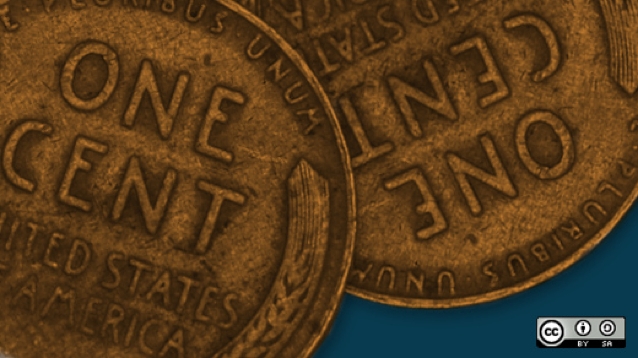 Funding the arts has never been an easy proposition, and the ongoing economic malaise only intensifies the challenges. Artists eke out hardscrabble existences, funding their work through day jobs, the adjunct instructor higher education treadmill, and a smattering of grants from depleted philanthropic sources. With creators competing for basic resources rather than recognition, the artistic landscape is becoming untenable. Culture Coin is a proposed alternative currency to address these critical needs, a system for artists to pool their resources and build a self-sustaining circle of resilience.

A concept incubated by Howlround, a Center for Theater Commons, Culture Coin aims to transform the sweat equity that greases the wheels of the cultural commons into a driver of shared abundance.[1] Culture Coin is an alternative currency that confers value to the borrowed or bartered resources working artists use, as well as the hours of labor devoted to underfunded passion projects. In the words of Vijay Mathew, Associate Director at Howlround, the goal of the project is to create “an intentional system that would transform volunteerism and sweat equity into a renewable resource.”

The concept echoes numerous sharing economy and P2P projects in recent years. While artists have reaped the benefits of crowdfunding platforms, Kickstarter campaigns and the like favor one-off projects. They’re not a model for long-term economic sustainability within the arts. Culture Coin tightens the focus, but expands the scope of intent. “Culture Coin is an intentional system for people to look at what are the latent, untapped resources that could be made to benefit artists,” says Mathew, “and compensate artists for their sweat equity by providing them with resources that can sustain them even longer.”

Within the theater community, times are tough even for those who have ostensibly “made it”. A 2009 study by the Theatre Development Fund (PDF) found that 62% of established playwrights make below $40,000 a year, with a third making less than $25,000 a year. Functioning as independent contractors, these artists pay higher tax rates and lack medical insurance and retirement plans. Dwindling audiences have created a split between artists who attribute this to a loss of support for work relevant to younger generations, as risk-averse non-profit theaters would prefer to stage productions that appeal to the aging theatergoing base.

“What has happened is that these [non-profit theater] organizations have professionalized,” says Mathew. Meanwhile, “The primary generators of the work — the writers, actors, directors, designers — are very much stuck in an independent freelance position, barely scraping by,” he says. “The vast majority of playwrights make an extremely small amount from their actual artistic work.”

Mathew acknowledges that sweat equity — working long hours, earning little or no money, for a project you passionately believe in — is endemic to the arts. An alternative currency won’t solve that problem, if it’s even a problem that has a solution. Instead, Culture Coin aims to support artists by providing a clear route to share the burdens while leveraging the considerable assets within an artistic organization.

“Sweat equity is always going to be in the arts,” he says. “It’s very much a labor of love and passion, to create something because they have to or because they’re trying to say something, and a lot of the time that falls outside of a marketplace. So a lot of times that has to exist in this not-for-profit scene, but this not-for-profit scene is still copying the market world in that these organizations have so many resources they could give to artists, but they’re not, because there’s no intentional system in place to make that happen for them.”

Artists, makers, and creators often have ad hoc systems of exchanging resources and skills — sound systems are rented for a couple cases of beer, an arts collective gets WordPress training in exchange for future cat-sitting duties. But the key difference in the case of Culture Coin is that it’s an intentional and distributed system to make these exchanges more focused and sustainable.

[image_1_small_right] Mathew notes that because every artist has a range of skills and resources at her disposal, an intentional  system would allow these creators to trade these assets among one another. “There are so many resources out there,” says Mathew. “You have material resources like rehearsal space, plus expertise in marketing and communications that could be leveraged but are not being tapped at the moment.”

It’s easy to look to large non-profit arts institutions and conclude that they’re doing the work necessary to preserve the arts. Online, we look to a handful of artists who have become successful through crowdsourcing platforms and the like. But the artists who reap the benefits of institutional or crowdfunding support are outliers, far-removed from the working artists navigating a precarious economic and cultural climate.

“We often say that not-for-profit organizations are there to support the cultural commons, and those commons are not-depletable resources,” says Mathew. “But volunteerism and non-compensated sweat equity is a depletable resource, eventually. We see all the time that artists burn out if they get into their 30s, 40s, and they’re still barely getting by. So many people are lost that way, and so this is a way to intentionally make volunteerism and sweat equity a renewable resource.”

Culture Coin is one out of seven finalists in the Business Unusual National Challenge, a funding and crowdsourcing initiative by non-profit ArtsFwd. Until July 25th, 2012, Howlround has issued a call for feedback on its two research questions.

While the concept is sound, Mathew acknowledges that the details will require much more discussion to produce an alternative currency that delivers real value to working artists. He asks, “What are the latent resources in the arts sector and community and what does the arts community need apart from cash to support their work and lives?” In addition, there are big questions about how an alternative currency for artists would work, on an economic and P2P basis.

“The mechanics of it all is a huge piece to figure out,” he says. During the crowdsourcing phase of the Challenge, he says, “We’re hoping to get all kinds of people — scholars, economists, people who have been working with alternative economies — to come in and help us with this.”

The Culture Coin proposal is focused on the needs of theater artists at this time, but on a broader scale the concept illuminates the need for a sustainable economic model to support the larger cultural commons. To make artists of all stripes less reliant on the noblesse oblige of non-profit and academic institutions, and instead thrive, thanks to the wealth of shared skills and resources available.

“We want to get away from the idea that institutions define our culture,” says Mathew. “Instead, artists can look to each other to support each other’s art. We don’t always have to be looking to the institutions for support.”

Disclosure: Earlier this year, I consulted for Howlround on a prototype for an unrelated project.