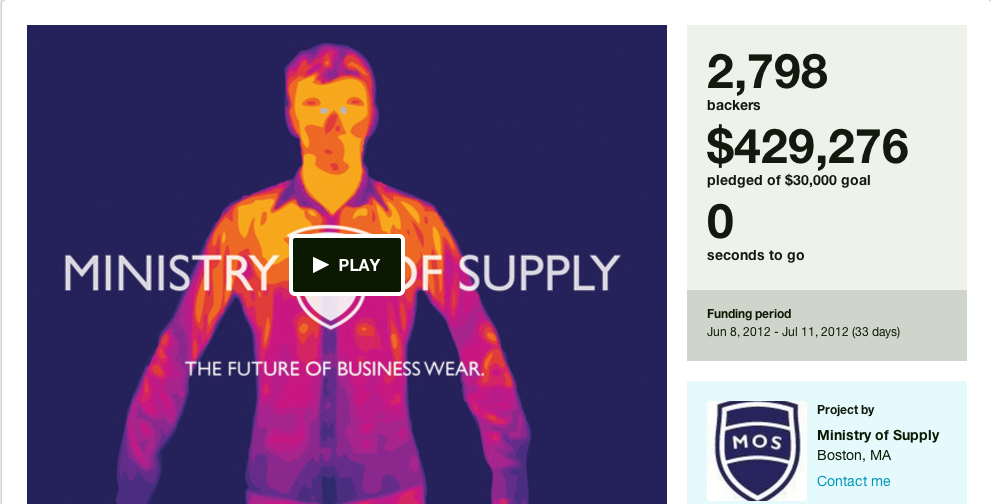 “Magic doesn’t just happen in crowdfunding, success comes to those who have done their homework.”  I heard this from a cofounder of Ministry of Supply who had a massively successful Kickstarter project, raising almost $500,000 for a moisture-wicking dress shirt.  Their team spent six months researching best practices of around successful crowdfunding projects.  It definitely paid off considering they became the highest funded fashion project in crowdfunding history. 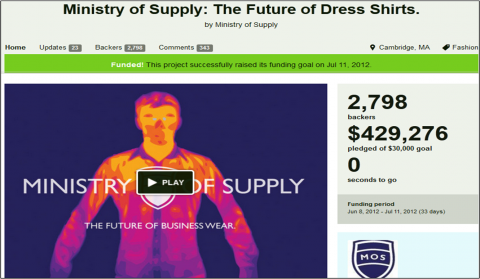 Now, not everyone needs or wants to raise almost $0.5M for their project.  Nor do they need or want to spend six months doing research before launching their campaign.  For most people, both of those goals aren’t realistic.  The point of this post is to help you efficiently conduct best practices research so that your project is set up for success before the campaign is even launched.  Spending some time up front learning from other projects in your industry will be invaluable for your project’s success.

Step 0 :  Get Spun Up on General Best Practices

If you are totally new to crowdfunding, it should only take you an hour or two to understand the basics.  Raising money from the crowd has been around long enough that are a plethora of general purpose resources to help you get the gist.  You could spend an hour reading through sites like Kickstarter School or maybe watching videos from successful crowdfunders like the MIT guys of Gotham Bike Defense who developed The Six Elements of a Kickass Kickstarter.  These resources and others will help you build a foundation upon which you can build expert-level knowledge.

Once you understand the basics of creating a successful crowdfunding campaign, the next thing you’ll need to do is to  study projects similar to your own.  In 2012, over 100,000 projects were hosted on the popular crowdfunding site Indiegogo.  You could spend an eternity pouring through all these projects to learn why they were successful or not, but you don’t have time for that 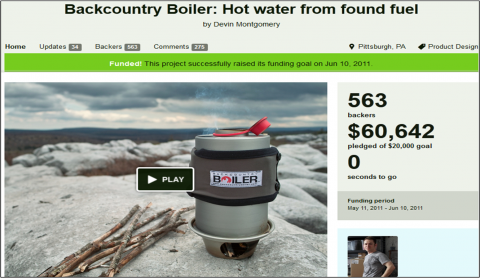 So if you’re raising money for a project like writing a book, don’t spend your time looking through iPhone accessories or the Pebble Watch.  Look at successful  publishing-related campaigns and try to understand what they did right.

After you’ve found a dozen or so campaigns similar to your own, start analyzing the videos.  A video isn’t mandatory, but statistically it’s a practical necessity.  Over 50% of campaigns without a video fail, bummer.  Therefore, simply doing a video will increase your chances of success.  However, to really win, you need to uncover the components of a killer video.

Here’s how to do your analysis.  Break down each video into discrete units; what questions did they answer, what aspects of their project did they discuss? Was there a product demo?

Other things to look at are:

Now, keep the above questions in mind and watch this excellent example from Gotham Bicycle Defense Industries for their theft-resistant bike light:

Once you’ve gone through several relevant videos, your video best practices research should put you in a great place to begin writing a winning script.

Next, study and mimic the reward offerings of your set of industry-specific  crowdfunding projects:

A simple percentage of total backers or total cash raised with each reward should show you very quickly what rewards are the most effective.

While there may be some people out there who are willing to give you money altruistically, this is not the norm.  Most people are interested in the rewards they get in exchange for helping to “kickstart” your project.  In general, the base product itself (book, video game, hammock, etc.) tends to yield the highest number of backers as compared to cheaper swag or more expensive reward packages.

When you start using your findings to develop your reward structure, ask yourself, “Would I back this project at this reward level if I found it online today?”  If the answer is anything but an emphatic “Yes” then you should reevaluate that reward option.

Step 4:  How to Run a Campaign

A common misconception is that you can simply post your project on Kickstarter and let the crowd do its thing to help you succeed.  The truth is that it takes an incredible amount of effort to run a successful campaign.  It would be easy to write several blog posts on this topic alone, but there are some simple themes that can be used across the board.

The moral of the story here is that focused best practices research will help save you time while leading you closer to launching an effective campaign.  Even in a “new” industry like crowdfunding, there is a lot of noise so don’t waste your time by reading through every campaign that pops up on the site’s homepage.  Be focused and learn from those like you who have already succeeded.