Coworking in the Ancient Town of Matera, Italy - Shareable
Skip to content 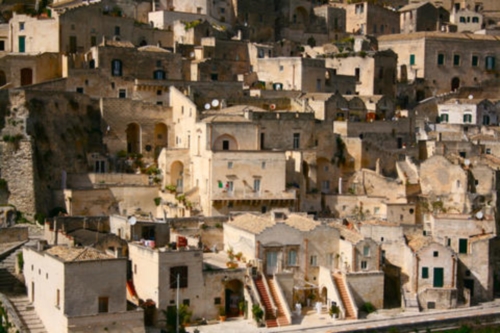 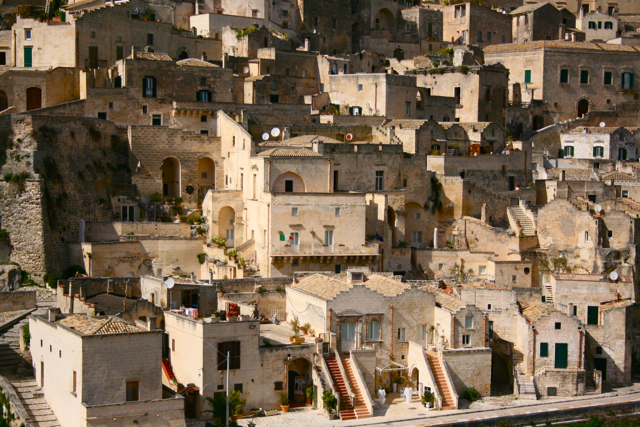 Six thousands miles, and several worlds away from my writing life in California, I climbed in the morning light, up through the winding alleys and stairways of a surrealist’s dream.

Rubber soles striking cobblestone: the only sign that I hadn’t left my physical body napping on a Santa Cruz couch, eyelids twitching in the afternoon sun, an open book of M.C. Escher drawings rising and falling with my snores.

Tucked away in the modern Basilicata city of Matera, the "Sassi” is an oasis of ancient stone; a time capsule to one of the first human settlements in Italy, carved into the prehistoric rock as early as 9,000 years ago.

The stone and sky of the Sassi is dotted with swooping birds, terricotta pots, sleeping cats, and the occasional slow-moving human.

On the outskirts of the village lie the first cave houses of ancestors long-gone—occupied with humans and livestock up until their evacuation in the 1950‘s. Most (but not all), stand empty now, their mouths mustached with weeds and gaping towards ancestral stars.

On the eastern lip, a music school, the Museo Laboritorio, sends practice scales floating out over the valley of sun-baked rooftops. At night, the Sassi is eternally peaceful.

Even in Italy, I’m always running late. But the time was loosely arranged for “around” 10 a.m., and shortly after 10-after, I’m climbing the succulent laden steps of Casa Netural.

The Sassi is the last place my narrow perception would have imagined a coworking space, but here, just beyond the old cathedral, I’ve arrived at the very first one to open its doors in southern Italy's Basilicata region.

Andrea Paoletti, 33, founder of Casa Netural greets me at the door of the remodeled 15th century home, with open arms and a cellphone at his ear. From his stove top, which looks west out over the rooftops, he produces two strong espressos. Our conversation is a window into the true potential of a coworking space—as more than just a place to work on one's individual projects, but a hub for building community and stimulating the economy even in the most remote parts of the world.

“It’s something that’s completely new for this country and Matera,” Paoletti says, relaxing into a sofa in the living room. Above us is a loft where Paoletti sleeps.

A coworking space inside an actual home: it feels nothing like the Cruzio office space I rent in Santa Cruz, California, with its productivity-incubating desks and modest pricing.  (It only costs me one leg of a pair of designer jeans per month.) And it certainly does not resemble anything like the (arguably) more profit-driven, private club-like coworking offices cropping up in New York City, which can cost five figures each year and are known for "currating" their members. 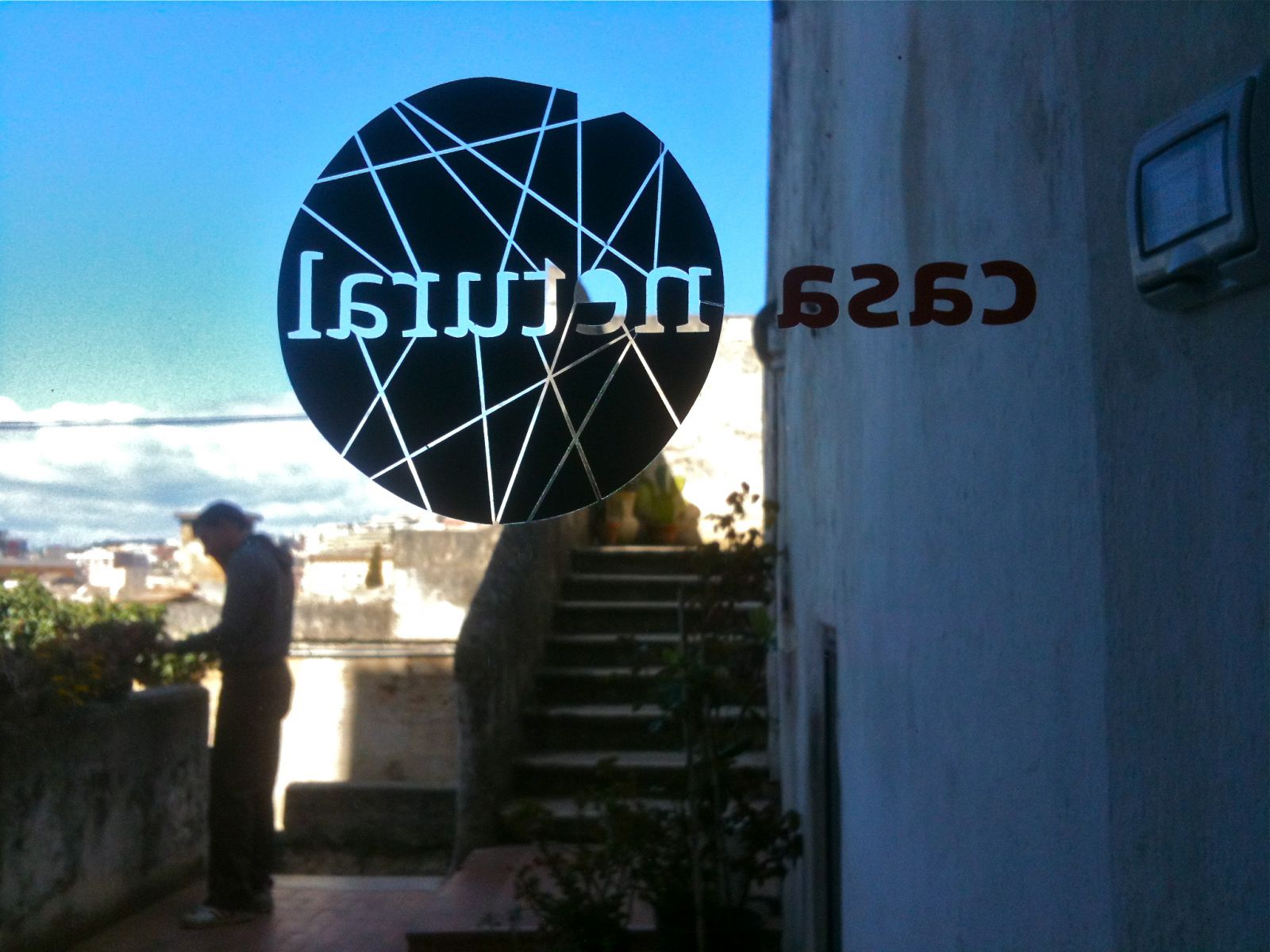 In the same way that the elderly woman who lives downstairs is delighted to see all of the "young people" flitting in and out of the house, calling out when the pasta is ready, Casa Netural is woven into the fabric of the undeveloped Sassi, with much of its attention pouring outwards. And interestingly enough, it seems to be a portal between the up-and-coming, linked-in youth of the world and the quiet old ways of life.

But even in this quiet corner of the world, there is a personal need for such a space—a support network, as Paoletti sees it, for a new generation of dreamers and entrepreneurs who may have no other choice but to venture out on a limb.

“85% of the adult working population works for the public… they are not used to becoming entrepreneurs,” says Paoletti.

Traditionally, the small village of the Sassi has been deserted by young people in search of greater opportunities, either in the modern city or elsewhere in Italy, but Paoletti sees this changing, and he speaks about “a better future for the whole community”—an idyllic phrase which sounds natural in English but is not so commonly uttered in Italian, notes Paoletti.

Casa Netural, which is named for “rural networking” is a fertile environment for slinging about phrases like this. Paoletti asks the question: "How can we use coworking as a tool to reinvent spaces, and also as a tool to invite tourism?"

Anyone who has the pleasure of visiting Matera in the coming years will see the answer in full swing.

Already, 30 associates collaborate at Casa Netural, ranging in age from their twenties to forties. They pay 50 euros a month to participate in a sharing culture where a rotation of social innovators are invited to stay, attending frequent workshops, and coming to work amongst eachother two days a week.

A wall of member profiles hangs by the door, each one displaying, in that fine Italian handwriting, both the current and dream projects of each associate. If Paoletti’s wish is to “connect with the doers,” he has surely found the perfect niche.

“It’s really about moving from what you do now to what’s your dream,” says Paoletti, who only has one rule at Casa Netural: "don’t complain, just take action; create your dream."

I counted one journalist in the mix, a backpacker from Australia who fell in love with Matera and stayed for several months—the closest I came to finding the hungry writer soulmate I had hoped to locate. Looking at this spread of coworkers, I felt a wave of shame for my own selfish coworking endeavors, which center around launching my career, and landing my byline in ELLE Magazine. But with these differences aside, the spirit of coworking must be universally true:

“When you work with someone who does something completely different from you, what can come into your mind? I don’t know…” says Paoletti. That abundant ground of possibility is what intrigues him, and all of us, really. 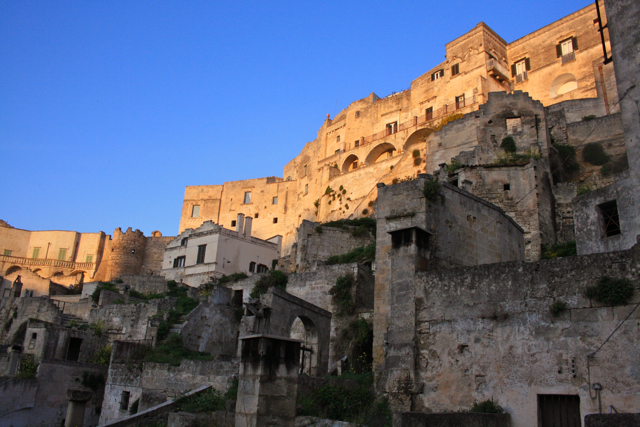 Using What We Have

I'm sure some coworking spaces in the world do this better than others, and I'm anxious to seek out other examples: the reincarnation of a sharing economy is permeated with an awareness of resourcefullness, collaborative consumption, and that ever present "DIY" mentality.

Paoletti and his associates have designed coffee tables out of old pallets and electrical spools, benches from old chairs, and a coat rack from repurposed materials.

“All the furniture needs to be very flexible on one side and no ending on the other one, because in a community space it needs to be always changing,” explains Paoletti.

His brainchild is born of more traditional spaces like the Hub in big cities, which Paoletti has helped to design, mixed with an experimental live-showroom he took part in in Milan.

To Build Something New

Even with the Sassi’s repopulation over the past few decades; it's stone house-encrusted hillsides serving as the backdrop to Hollywood and Italian movies, counting the crucifixion scene of Mel Gibson’s The Passion of Christ among a long list of cinema cred; the smattering of Bed and Breakfasts, (like the hard-to-find but once found, never forgottn Hotel Sassi), tourist shops, and some of the best restaurants in Italy; there is an electricity in the air: the best is yet to come.

With Matera in the running for the European Union's 2019 Capital of Culture, the city may just become the “new Tuscany” in ten years as Paoletti predicts.

The partly-abandonned Sassi provides a blank canvas with the infrastructure for a rejuvinated community, but time will only tell exactly how this new community bubbles up, and what it will look like. 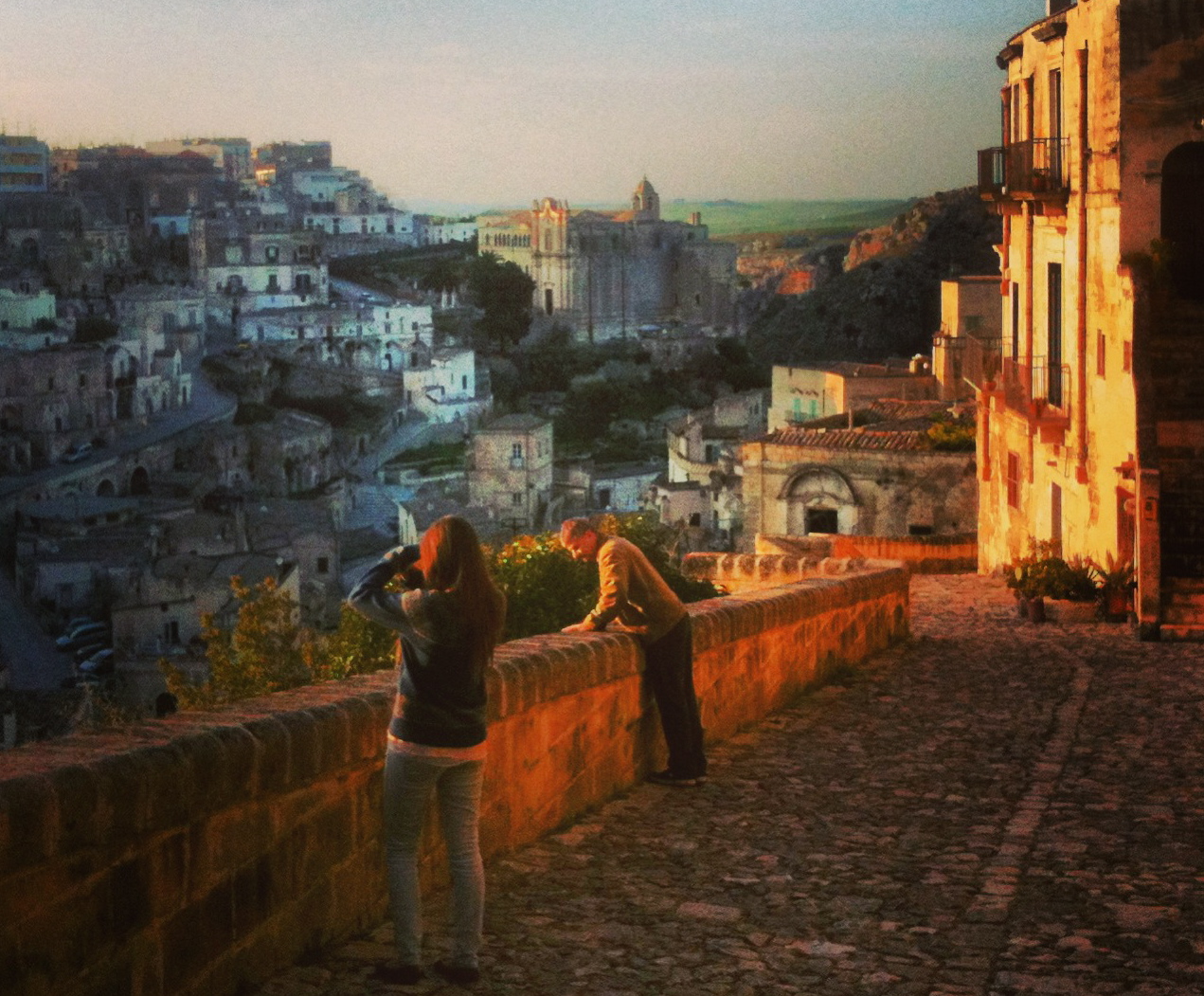 "We trust and believe in this possibility to change the world," says Paoletti.

But his vision doesn't leave the local people behind—it empowers them. Branding “fruit from the Sassi,” grown on the ample sun-drenched roof tops and outlying fields is but one of Paoletti’s dreams. And like he said: When you work with someone who does something completely different from you, what can come into your mind? I don't know…

Now that I'm back in Santa Cruz, filled with ideas for breathing the life back into my  Year of Coworking  blog, and working on a story for some unknown magazine about my family's colorful search for ancestors, I find myself daydreaming often of the Sassi.

On some lucky morning, in two or three or five years, I know that when I climb through the Sassi on my way to this coworking hub, I'll pinch myself to see if I'm dreaming, or if the pulse of this ancient stone city really has quickened.