Could the Marijuana Industry Bring Public Banking to California? - Shareable
Skip to content 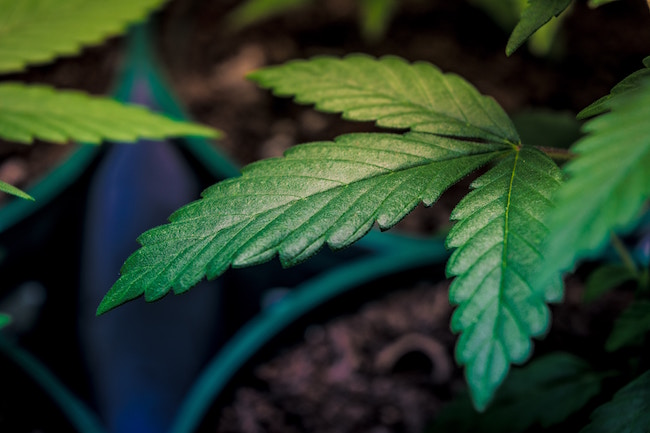 Marijuana-related businesses in California could play a role in shaking up the U.S. banking sector. Earlier this month, California's state treasurer John Chiang called a meeting to explore the issue of banking access for businesses in the marijuana industry — and the possibility of doing it through a publicly-owned bank.

Chiang said that interest in public banking was gaining traction due to "a deep public dissatisfaction with our private banking system."

"The dissatisfaction can in part be traced to the economic havoc wreaked by Wall St. banks in 2008, triggering the Great Recession," Chiang said. "And more recently, there has been the Wells Fargo debacle in which millions of customers had bogus accounts set up in their names."

This meeting was the fifth in a series organized by the Cannabis Banking Working Group — a group of banking and marijuana industry experts — and was not originally part of meetings that the group had scheduled. It was added after the group heard many suggestions and questions about public banking in previous sessions.

Approximately 70 percent of marijuana-related businesses (MRBs) do not have bank accounts. Although California voters passed Proposition 64 last November, which legalized the recreational use of marijuana, the sale and use of the drug is still illegal under federal law. Given the risk of being shut down with little warning or having money from marijuana-related businesses seized by federal authorities, many banks and credit unions are reluctant to open accounts for MRBs.

When Colorado tried to create a credit union for the marijuana industry there, "the Fed denied the credit union access to a master account, which is necessary for transferring money, and the National Credit Union Administration refused to insure its deposits," the nonprofit Pew Charitable Trusts noted.

This ongoing problem puts owners and operators of marijuana-related businesses — who must hold and move enormous amounts of cash — at risk of being robbed or kidnapped. It also complicates taxation: An entire industry must pay its taxes exclusively in cash — and once it does, it must all be counted by government workers. In California, this issue has existed for two decades since the state legalized medical marijuana in 1996. Since recreational use of marijuana has recently been legalized in six other states and the District of Columbia and a number of other states allow some form of medical marijuana use, this is a growing issue. As the marijuana industry ramps up, it is expected to generate $19 billion in the U.S. by 2020, compounding the problem even further. California may have a partial solution: A public bank.

A public bank is a financial institution that is operated and funded by a government body — one where executives report to salaried government officials rather than profit-seeking investors. For public banks, profits get recycled back into local investments — usually in the form of student loans, business loans, and housing loans.

If the state of California or a city in the state were to operate a publicly-owned bank, the state or city would insure any funds in the bank, rather than relying on the Federal Deposit Insurance Corporation (FDIC) to do so. This would insure account-holders without having to play by certain federal rules. But this solution is not perfect: The public bank could still be shut out of the Federal Reserve System, rendering it incapable of interacting with the rest of the financial system.

Currently, there is only one state — North Dakota — that operates a public bank, one that is insured by the state itself rather than the FDIC. The existence of the Bank of North Dakota (BND) is in part the reason why after the 2008 financial crisis, North Dakota had the lowest foreclosure and default rates in the country, along with high employment rates and consistent profitability.

In fact, North Dakota's public bank started a century ago under similar conditions — because farmers did not find private banks stable or consistent enough to trust with their money.

Matt Stannard of Commonomics USA, a group that advocates for a commons-based economy, said California could deposit revenue in a public bank, use that money to make loans, and recycle any profits toward state projects. This is what North Dakota has done to the tune of $85 million in the past four years. Stannard previously said that as the sixth-largest economy in the world, California's path forward will carry much weight. If California decides to move forward with a publicly-owned bank, the implications are bound to resonate throughout the country's banking sector.

Aaron Fernando is the Marketplace Coordinator for Ithacash, a currency in Upstate New York. Header photo by Esteban Lopez via Unsplash