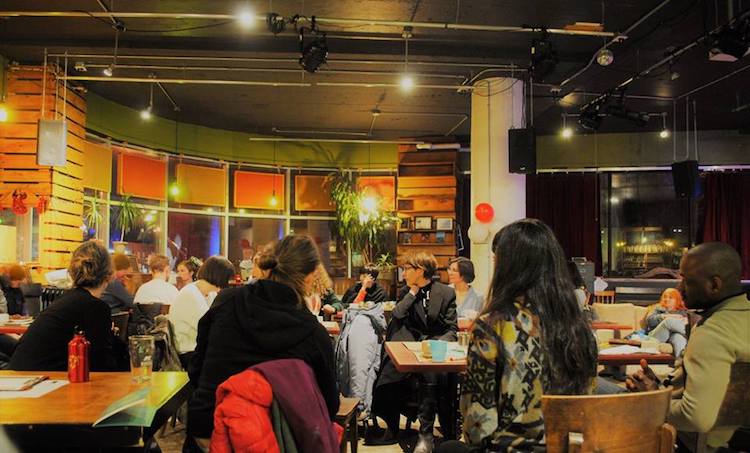 No exams, no endless lectures, no ivory towers, and certainly no tuition fees — the University of the Streets Café discussion series is far from your typical university experience. Montreal's Concordia University has been bringing the city's biggest debates into the city's neighborhoods for more than a decade.

University of the Streets Café is a series of free and open public discussions, held regularly during the academic year. Discussion topics cover a sweeping range of political, ethical, and practical issues.

Alex Megelas, programs and communications coordinator at Concordia's Office of Community Engagement, organizes the discussions. "Every semester has a thematic anchor," he says. "This semester, it's 'Public Choices, Private Impact.' To what extent are we beholden to policies and regulations; to what extent do they inform our capacity to express ourselves?" In this light, the coming semester's talks will address community health care, creating accessible cities for the elderly, and dismantling stereotypes, among a long list of open-ended themes.

"We don't have a mandate to showcase Concordia or Concordia's research," Megelas says. "We're there to start conversations that can lead to deeper discussions between people who are on the ground, active in their communities, and institutions. We believe in city-based learning."

The discussions, organized in community centers and public spaces around Montreal, normally draw a few dozen people. Sometimes the audiences skew younger, sometimes older. Discussions are held in French and English, to make them accessible to as many Montrealers as possible. The panelists are often academics and community activists — they are seated in the crowd, not at lecterns. They give brief opening remarks and then the moderator opens the floor — not for questions from the audience, but for an open discussion — a conversation, as Megelas calls it. "We want to take a step back from the kind of education that values expertise and existing cultural capital, where the same people are repeatedly given a platform," he says. "There's value in shaky voices saying their peace imperfectly. There's value in life experiences and half-formed thoughts. You don't often find that in lectures. Our spaces are chaotic, messy, and sometimes conflicted." 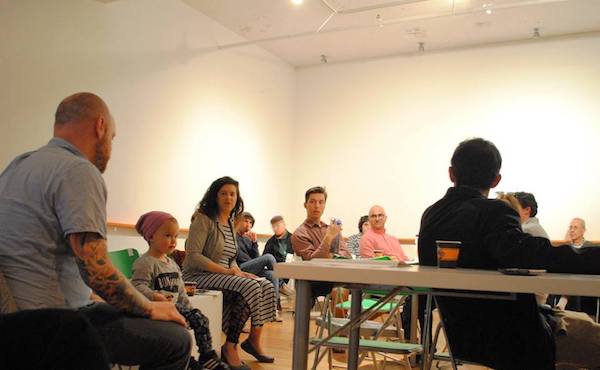 Attendees and moderators never quite know what to expect. "At the beginning, I would develop a set of expectations for the conversations and then walk away hugely disappointed because the guests hadn’t talked about what I wanted to talk about," says Megelas. "But the most important conversations have been the ones where I let go and the room defined what it wanted to talk about." Moderators are encouraged to look for other perspectives in the crowd.

The program was established 15 years ago by the university's now-defunct Institute for Community Development. Megelas, who was working in community organizing at the time, became a regular attendee and occasional moderator. "It was exciting to me that the university was allocating resources to highlight community-based voices and perspective," he says. "They're not necessarily people whose views are informed by degrees or by research — they're informed by their own lived experiences."

He has been running the program for the past two years. "My partner makes fun of me. She says that my job is getting together with people in coffeeshops to have conversations about having conversations in coffee shops. It's really meta."

Discussions are held in public spaces throughout Montreal — the coming semester programs will be centered in the Parc-Extension and Little Burgundy neighborhoods, where gentrification and immigration  are specially pressing topics. "The three conversations we're having in Little Burgundy are at the Imani Community Centre [an English-language mosque] and they stem from some conversations that I had with the imam, who's acutely aware of the effects that social narratives have on his community."

"I love it when people come in and they're in their bubbles, looking at their devices… and then they come away having lived something that is communal, walking up to strangers and saying, 'I really appreciated what you said,'" says Megelas. "There's value to just talking."

The University of the Streets Café Spring 2018 season begins Feb. 21 with a conversation titled “Environmental Responsibilities: What is our relationship to the natural world?” The event will be held at Montréal Arts Interculturels (3680 Jeanne-Mance) from 7-9 p.m. All are welcome.

All photos courtesy of the University of the Streets Café