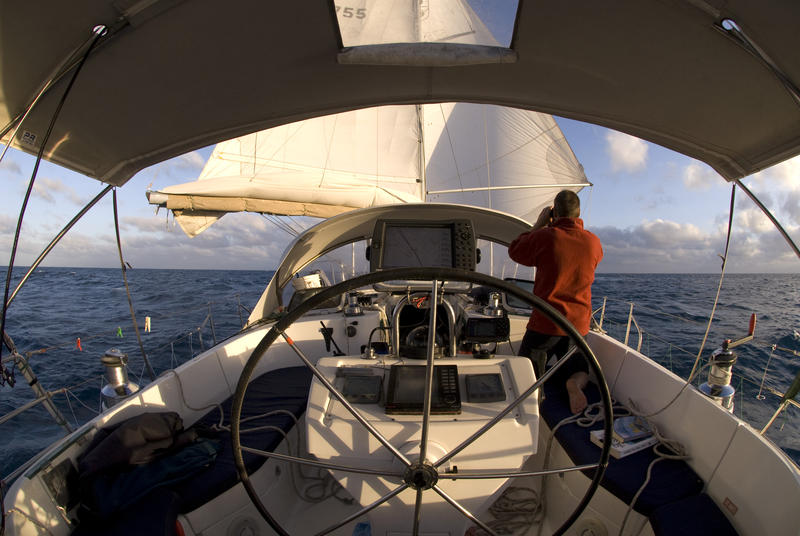 “We may have all come on different ships, but we're in the same boat now.” – Martin Luther King, Jr.

There are 17 million registered boats in the United States, and they're unused 95% of the time. That works out to a combined 5,865,000,000 days per year that could be spent sailing the ocean blue. Meanwhile, those empty vessels are costing their owners a combined $8,000,000,000 in maintenance, storage and other costs.

Boats are a luxury item that should be more affordable. The purchase cost isn't too steep: usually between $10,000 and $30,000. But why buy a boat if you can only use it a few times a year? Of America's 75 million boat lovers, the vast majority choose to rent or share ownership in their pleasure vessel of choice.

The numbers don't lie: Cruzin is a smart idea. A peer-to-peer service that will allow boat owners to rent to qualified applicants, Cruzin is currently raising seed investment and hopes to raise anchor with a live site next month.

“This creates a channel for boat owners that didn't exist before,” says Jaclyn Baumgarten, Cruzin founder and CEO. “For people who have to budget the money every year to be able to keep their boat, now they have a way to turn it into a source of income instead. They may even be able to buy a boat they couldn't have afforded before.”

When Cruzin launches, it'll do so with insurance backing from Lloyd's of London. That insurance is crucial to the success of a rental-based model. Right now, most insurance policies won't let owners collect money for the use of their dinghies and skiffs. Once you hand over the helm to a paying customer, your ship is uninsured. Cruzin aims to navigate those uncharted waters, offering primary insurance to boat owners and approved renters.

As for renters, there's an important catch: No captain, no boat. Not just any land lubber can plunk down cash and cruise away in a yacht. To be approved by Cruzin, you'll need to undergo identity and fraud checks, and submit proof that you've completed a reputable safety training program – or else hire a qualified captain. Probably a good idea, when you think about it.

Ultimately – as with other P2P services like AirBnB – Cruzin users will rely on reviews, photos and other reputation-building tools to sort the sailors from the pirates. The company plans to build its base by reaching out to registered boat owners, a community with inherently high standards.

Still, you don't need to own a schooner or a yacht to list a boat. Cruzin will include boats of all types, from any place in the U.S., as long as they meet key criteria and are well maintained.

Rental sharing and P2P solutions aren't just smart economically, but from a resource perspective too. Getting more use out of the things we have already own means less waste. And by making maritime adventuring more accessible, Cruzin can open up plenty of new horizons.

Request your invitation to Cruzin here. And please forgive me, but I had to [NSFW]:

CORRECTION: This article originally stated that Cruzin had announced an exclusive affiliation with Boat US. We've since been informed that an official relationship between the two parties does not yet exist.