Can We Crowdsource the Meaning of Life? - Shareable
Skip to content 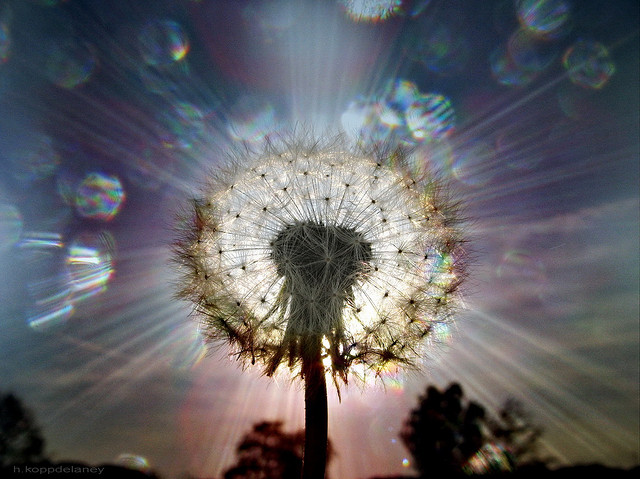 Cheeky indeed. While I assume the church sign was meant as a rebuttal to the idea that God has become irrelevant, unfortunately, merely by framing the statement in similar terms reveals the post-modern nature of our current social reality.

We live in a world of mythologies that appear to contradict each other. After all, on the bedrock of science, we’ve been taught that either something is true, or not true. It cannot be both. (Or course, while quantum theory has shown differently, we have yet to integrate that reality into our mainstream discourse).

Therefore, when studying various creation myths from around the word, either one is true or not true. The world cannot have been created by an omnipotent and wrathful God (Christian), and yet also have no initial creator (Buddhist). The planet is either 6000 years old, or 6 billion. To be a good citizen, work hard and shop. Or reduce your environment footprint and live off the land.

This incongruity has become more obvious as our economic, environmental, political, and educational systems are breaking down, revealing what Jonah Sachs (Winning the Story Wars) calls “the myth gap – the space between the realities of our moment in history and the shared stories to which we turn for explanation, meaning, and instruction for action.”

Our culture desperately needs to update our shared myths, to allow us the inspiration and courage to rise to the challenges of our era. But how will these myths be constructed? And who is qualified to even propose them?

Marc is an earnest filmmaker from Philadelphia, with a number of films already under his belt, including “Everything Must Go” starring Will Ferrell and “Café” starring Jennifer Love Hewitt.  One morning, he had an epiphany in the early hours before dawn: what if our new cultural myths could be gleaned from the myriad of voices around the planet? What if a universal truth about the meaning of life could be crowdsourced?

The Life Means What project was born.

The first step (appropriately) is a crowdfunding campaign to raise the funds for the project. Already over two-thirds toward their $150,000 goal, and with 2 weeks to go, you have time to help manifest the dream.

The next step will involve pairing with talented and visionary filmmakers and creatives to produce an ongoing portrait of our new mythology, from a variety of perspectives. Content will include interviews with known inspirational figures, but also many characters from across the spectrum of life, from all countries and all continents.

After all, history was most often written by the privileged few who controlled access to the information and tools. The new story of humanity will be authored by the collective, through celebrating our individual diversity, just as every mature eco-system in nature values every leaf, every tree, and every seed.

If God is dead, it’s only because she knew it was time for us to grow up.

To help fund this project, visit Life Means What and add your funds today.

Ian MacKenzie is a media activist and filmmaker based in Vancouver, BC. In 2010, he released his first documentary feature “One Week Job” – an inspirational story about a guy

Ian MacKenzie is a media activist and filmmaker based in Vancouver, BC. In 2010, he released his first documentary feature “One Week Job” – an inspirational story about a guy who worked 52 jobs in 52 weeks to find his passion. The project received widespread media attention (New York Times, CNN) and the film was aired on CBC Documentary Channel. In 2009, he worked on Word Travels, a travel reality series airing on OLN, CityTV, and National Geographic. In 2011, Ian released numerous shorts about the Occupy Movement, included the viral video The Revolution Is Love. He is currently co-producing the feature doc Occupy Love, to premiere in Fall 2012. Ian has also the creator of the spiritual travel magazine Brave New Traveler.