Can Cities Use Crowdfunding to Raise Awareness About Climate Change? - Shareable
Skip to content 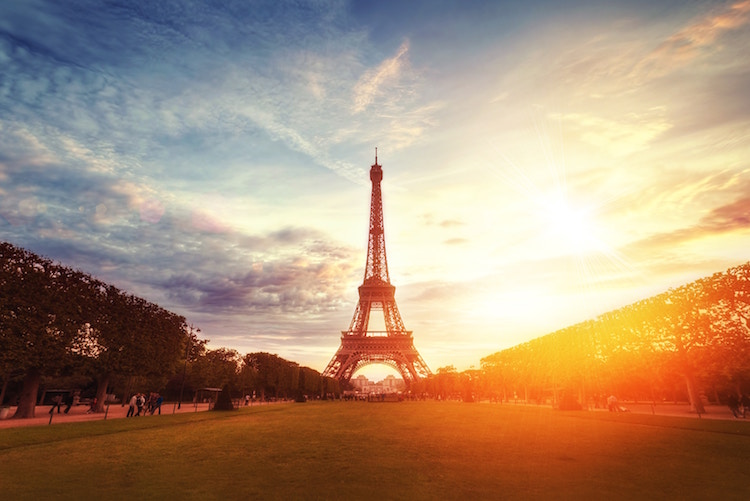 Earlier this year, the Institute for Sustainable Development and International Relations, a research group based in Paris, France, published a brief report on how local cities were using crowdfunding to pay for development projects. Laura Brimont conducted the research. She works on the institute’s New Prosperity research team and says the intention was to explain to local policymakers how crowdfunding has been used in France and what methods have been successful. One of her central arguments is that cities can use crowdfunding as an engagement tool for values-based project — for example, clean energy or efficiency projects. Raising money, she argues, is secondary: “I think that crowdfunding is more a mechanism to raise information and to raise awareness than raise money.”

This is a fundamentally different argument than is made by the U.K.’s Future Cities Catapult, an urban innovation group. A few months ago, we reported on Catapult’s research into how community projects can be crowdfunded. Catapult researchers argue that crowdfunding platforms can be used for cash-strapped cities to fund innovative projects, but Brimont says that the culture around crowdfunding in France is different. There is a different set of values, and citizens expect that local governments will pay for education and security initiatives, among other things.

The study was produced in partnership with the local administration in Paris, and Brimont says that “they are really interested in using crowdfunding in the context of the climate plan, but they don’t know how they can use it. This report can be really useful for them.” Here’s an excerpt of our conversation:

Kevin Stark, Shareable: I want to start with an environmental question. Cities are trying to adapt to the threat of climate change, and many U.S. urbanists promote the so-called public-private partnership — a market-based approach to climate adaptation. One example: A city can leverage a developer who wants to build shoreline condo building to help fund a sea wall to protect against rising sea levels. This partnership is often between a city and a large company. What do you think about this model?

Laura Brimont, Institute for Sustainable Development and International Relations: Regarding France, I know that it’s also a very debated issue — the so-called public-private partnerships. I think it could be a good idea to bring new funds and companies in on a project. But, I think it depends on transparency — the condition for getting a contract. In France, I know the debate is really on transparency and which conditions are offered on the contract.

Can you talk about what is unique about a municipality using civic crowdfunding to pay for a project like that?

In France, we don’t use this term civic crowdfunding. I think it’s more a term used in English speaking countries. I think what is new in France is the way to use a donation. For example, you do have donations to fund cultural buildings. That’s not new. In fact, it’s very old in France. What is new is to use loans to fund public funding. I don’t think we actually use this term of civic crowdfunding. There are basically two kinds of public-private partnerships. When the collectivity will use crowdfunding to help actors of its territories to set up a new project and to fund the project and the other use is to use crowdfunding to fund its own project. It’s very different kind of view of crowdfunding. And the second one is very, very new in France. The first experiment happened at the end of last year and the first use is older — it’s about four or five years in practice.

What’s most interesting to you?

I think the most interesting thing is when local authorities will make a loan to fund its own project. It’s the result of important legislation evolution. Before 2015, it wasn’t possible to do that. And the good thing is that it allows the authorities to make the citizens participate in a different way of the traditional participation tools, like participatory budgeting or new information and so on. It’s the way you can participate by giving money. This is a very new thing, and I think the most interesting and surprising way to develop what you call civic crowdfundin,g because for the donation it’s very limited in scope and amount of money.

In France there was a lot of debate on the acceptability of this practice because a lot of people say that it’s not good because it’s a way for the public authorities to step back on their duties — to make them financed by citizens. In France, the level of tax is very high, so it’s very difficult to make people pay more to donate more to public authorities. But it’s different when it’s a loan. Because you are giving back your money. I think it’s a very good way to make citizens participate and also to make it more transparent.

So, the municipality will offer a loan for a project and people can also chip in more of their own money towards the project?

It’s really like rent, or a loan. For example, one local authority wanted to make a project, and before she will either finance it herself or she will make a rent to a bank. Now she will make a rent to a bank, but a small fraction of the budget will be funded by citizens. A lot of different individuals with rent from 20 euros to you know, 300 euros with small interest rates. And you give, you rent for money, and you will give the money for five years, for example. So far, in France, there have been three projects that do that. And the interesting thing is that it’s not in the very big cities. It’s not Paris. Paris wants to do, but it was not the first city that did it. It’s the very small cities and villages. It’s available to all kinds of local authorities, not only the big ones.

In the report, you discuss the rural municipality of Yèbles. The local government used crowdfunding to build a school, but the politics were tenous. The local mayor said she was “ashamed” for having to “beg.” You write that: “Credibility for the authority in terms of fundraising for public projects is linked to a certain idea of what the public services should or should not finance.” What do you mean by that?

I think it’s linked to the political culture of each country. For us in France, it was one of the first questions of this project: Is it in competition with a tax? And it is in a way, because we are in a period for the public, we don’t have enough money. There are a lot of budget restrictions. Is crowdfunding a way to find a solution to public budget restriction? It was really a debate in France, and the question for me was — is it true? Or is it only for some projects? We organized a workshop during the project and we discussed this issue. It was very interesting that for some projects, like energy efficiency, for example, raised no debate. The people said it’s okay. It’s okay you can rent or you call for citizen donations if you want to renovate a church. It’s accepted.

It’s in our culture. It’s not the same if it concerns what is considered the core public services, for example education, health, and security. Because it’s considered as public. It’s not good if it’s not funded by private money. People are not interested in using crowdfunding for ordinary projects. Because it costs a little to use crowdfunding. You must make a campaign, you must make information. Interest rates are in general higher than interest rates you have in the bank, to attract individuals. So you have to choose which projects you want to fund with crowdfunding, and generally it has to be a flagship project. The project you want to communicate on and the project that brings a kind of vision and values.

A few months ago, I wrote how energy cooperatives in the U.S. are using federal grants to pay for efficiency upgrades in the homes of its members. Does a renewable energy transition have to be state sponsored?

There were three projects that public authorities used crowdfunding for energy transition. That’s why I think it’s very appropriate for this sector.

I think that crowdfunding is more a mechanism to raise information and to raise awareness than raise money because it’s not cheap to use crowdfunding. It was it was very funny to see how the local authorities learned from the mechanism because for some of them, they come to crowdfunding with a different vision and some of them thought it was a cheap way to get money.

That’s not the case because you have transition costs also. They said that it was very interesting to raise awareness and to test the appeal of the project towards the citizens. For example, one of the mayors said to me that for him it was like a political appraisal of his project. It was easier for him afterwards to go to the institutional donors like the European Union, like the State, to get money because he could say: My project is really important because my citizens want it and they want it because they fund it. So, it’s also offering legitimacy to the public authorities.

Lastly, I think it is the same in the U.S. but in France we have what we call the democracy crisis. It’s that the citizens don’t trust the politicians, they don’t trust the public, and so on. Crowdfunding is a way to make the people understand how is it to run a village — how it works, how the money is used. Crowdfunding could be a good way to do it. It’s also a way that citizens can contribute to an energy transition with small efforts.

This Q&A has been edited for length and clarity. Header photo of Paris, France, by Willian West via unsplash