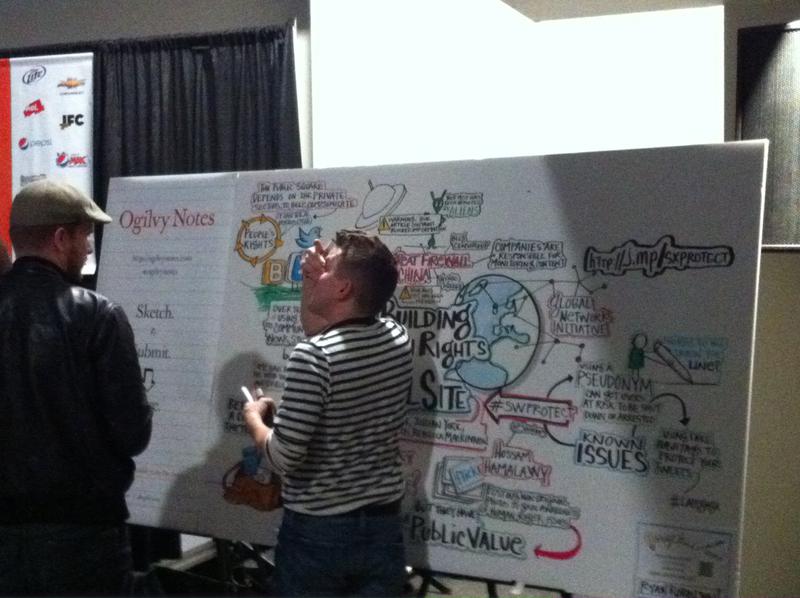 As repressive regimes use social media to track activists and quash dissent, are social media companies obligated to preserve the human rights of their users?  I caught a SXSW panel examining this question, featuring Daniel O'Brien of the Committee to Protect Journalists, Ebele Okobi-Harris, director of Yahoo!’s Business & Human Rights Program, Jillian C York of the Berkman Center, and Rebecca Mackinnon of the New America Foundation. Some takeaways:

– Chinese social media sites self-censor–the companies have entire departments of people who are moderating for political content. Some American companies such as Facebook have not gone into China so they don’t have to do this self-moderation.

– In the Middle East, Facebook’s insistence on real identities are being used against dissidents and atheists. Jillian York described Facebook as a peer police state, in which the complaint system for getting accounts removed skews against the famous and those who have enemies.

– Youtube has stated that in human rights cases, if you are uploading politically charged material such as video of violence around a protestor, you should put text in the description and tags that contextualizes it so it is less likely to be removed.

– Companies should turn on https and SSL to protect users.

– The problem is that social media aren’t really the public sphere but we’re using them that way, noted York. Activists are at the mercy of the social media companies’ terms of service.

For more detals, here's a Google Doc with links to relevant articles, and follow the hashtag #sxprotect on Twitter.