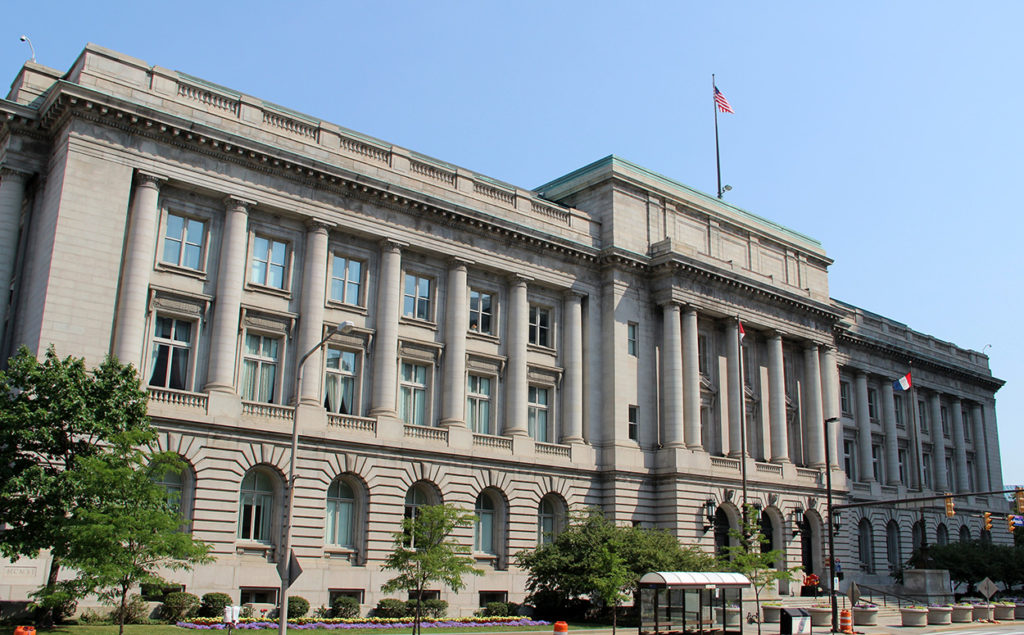 Can city planners use their technical tools to share resources more equitably among residents? That was the radical idea proposed by one Midwestern planner during the height of the urban crisis — and it offers lessons for American cities today as they struggle with aging infrastructure and unaffordable housing.

When Norman Krumholz became Cleveland’s Planning Director in 1969, he brought a new agenda to city hall: Evaluate all urban planning decisions through the prism of how they would affect the least advantaged residents. This philosophy, which came to be known as “equity planning,” represented a major shift in a profession that had long been focused on technical problems like zoning and road design, as well as finding new ways to stimulate economic growth. Through numerous books and a stint as president of the American Planning Association, Krumholz synthesized his theory as “providing more choices to those who have few, if any choices.”

Today, the word equity appears on nearly every urban planning document. But in an era when cities are defined by skyrocketing housing costs, extreme inequality and gentrification, and climate events that disproportionately affect the poor, achieving the ideals of equity planning remains an ongoing struggle. That makes now a great time to take a fresh look at equity planning and its potential to solve contemporary problems.

“It does feel like a time when planning as a profession has an opportunity to pick this up again in a really serious way,” says Lisa K. Bates, a professor of urban planning at Portland State University and the author of a recent book chapter on 21st century equity planning initiatives in Portland. It’s a time, she continued, for planners “to not just have a cute community engagement meeting, but to actually have their work be motivated by and driven by frontline communities that are experiencing the impacts of rising urban inequality.”

Cleveland circa 1970 might not at first glance seem like a valuable case study in equitable urban planning. The city was suffering from deindustrialization, rising crime and unemployment, and a diminished tax base due to the flight of white residents and major businesses to the suburbs.

In the midst of this crisis, however, the city was fertile ground for boundary-breaking and experimentation. In 1967, Carl Stokes was elected the first black mayor of a major American city. Ultimately Krumholz, who served as planning director under Stokes and two subsequent mayors, proved to be the most radical voice in City Hall during his tenure. Many of the issues Krumholz focused on, like providing high quality public transit to the poor, bringing utilities under municipal control, and calling into question corporate tax incentives, remain at the forefront of the progressive urban agenda, echoed by the likes of Alexandria Ocasio-Cortez and Bernie Sanders.

“They were responding to conditions on the ground,” Bates says of Krumholz and his department, “but were also inspired by the civil rights movement, and social justice movements that were asking questions about the ways cities had been structured all along.”

While the business and political establishment pushed for expensive, and, in many cases, overly optimistic efforts to revive the city’s declining downtown, Krumholz trained his focus on the people suffering the most from the city’s economic malaise.

He negotiated with downtown boosters hoping to expand rail service downtown and to wealthy suburbs, winning service increases for low-income bus riders as well as free rides for seniors and people with disabilities during non-rush hours. He helped establish Cleveland as a pioneer in land banking, enabling public entities to purchase and redistribute the city’s many vacant and dilapidated properties. He also worked, unsuccessfully, to bring the city’s power supply under full municipal control, although in the process he helped expose and ameliorate the corrupt practices of the city’s private utility provider.

Most controversially, Krumholz stood up to virtually everyone in city government, the business community, and the local media by opposing public subsidies for Tower City, a major downtown redevelopment project.

“On this particular issue we lost badly,” Krumholz wrote in a retrospective of his tenure as Cleveland’s planning director, “but we succeeded in placing some important issues on the public agenda.” His stand foreshadowed the protests, and subsequent cancellation, of Amazon’s HQ2 in New York City just last year.

Since Krumholz’s tenure in Cleveland, many of his efforts were rolled back, and few other planners even attempted the depth of reforms he advocated. “Our model, after all, asked city planners to be what few public administrators are: activist, risk-taking in style, and redistributive in objective,” Krumholz wrote.

In the meantime equity planning, at least in name, became de rigueur in the planning profession. Starting in the ‘70s, the term began appearing in American Planning Association publications, alongside exhortations to “plan for disadvantaged groups.” Countless cities have had varying degrees of success adopting piecemeal, equity-planning inspired policies, including rent control, “fair share” regional affordable housing commitments, increasing access to public transit, and other targeted programs designed to improve the lives of low-income residents. Generally speaking, however, equity has largely been treated as a planning buzzword rather than a planning philosophy.

Portland picks up the baton

Portland was no exception to this trend, according to Bates. In 2012, “the city did adopt this Portland Strategic Plan that said equity a lot,” she says. In many respects, the plan represented a major step forward from the status quo, articulating the importance of equity, with promises like: “The benefits of growth and change are equitably shared across our communities. No one community is overly burdened by the region’s growth.” The problem, according to local activists like the group Anti Displacement PDX (ADPDX), was a dearth of policies or enforcement mechanisms for achieving these lofty goals.

Fortunately for these activists, they had another chance to influence the direction of Portland’s urban planning just a couple of years later with the city’s Comprehensive Plan. “We take land use planning really seriously here,” Bates says.

Looking at the initial drafts of the Comprehensive Plan, Pamela Phan, organizing director of Portland’s Community Alliance of Tenants and one of the leaders of ADPDX, realized “there was no serious recognition of displacement.” To make their case for addressing displacement, this group of “urban nerds who also are community organizers” took an insider-outsider approach to their activism, mobilizing low-income communities of color to get involved in the planning process and presenting city officials with sophisticated urban planning data.

“We realized there was a significant void in community-based power in any conversation about land use,” Phan says. “The only thing that would change the conversation was if the communities got to speak for themselves.”

Their efforts paid off: The Comprehensive Plan, released in 2016, explicitly requires a displacement analysis for major developments or zoning changes. Portland’s latest planning documents, Better Housing by Design and the Residential Infill Project, included displacement analyses, according to Eden Dabbs, a communications specialist for Portland’s planning department. The department is also reflecting on its past wrongdoings through a document called A History of Racist Planning in Portland.

The advocacy surrounding the Comprehensive Plan produced greater momentum on other equity issues, including a new inclusionary zoning ordinance in Portland that requires housing developers to reserve between 10 and 20 percent of units at below market rates for low-income residents. At the state level, Oregon recently passed a first-of-its-kind statewide rent cap — which was soon copied by California — and another law that “upzones” virtually all residential land in major cities to allow at least four housing units per lot. Both of these laws were supported by ADPDX, providing a contrast to Oregon’s southern neighbor, where anti-displacement groups have been wary of the state’s upzoning efforts.

“I think ADPDX has been really sophisticated in their analysis,” Bates says. “They’re not out here saying upzoning causes displacement, shut it all down.” Instead, they’re advocating “place-specific mitigation” and “offsetting equity investments” in vulnerable neighborhoods.

Getting to the finish line

On this front, the work of equity activists and urban planners is far from over. New issue areas that could see more action in the near future include community land trusts, demolition taxes, increased funds for affordable housing and stronger tenant protections, Bates says.

No matter the scale or breadth of our contemporary urban challenges, the original ideals of equity planning remain just as relevant and straightforward as they did in Krumholz’s day, according to Bates. On any given decision, planners need to ask themselves, “Does it benefit the least well-off? If it does, do it. And if it doesn’t, don’t do it.”

This post is part of our Fall 2019 editorial series on land use and housing policy challenges and solutions. Download our latest FREE ebook based on this series: “How Racism Shaped the Housing Crisis & What We Can Do About It.”

Or take a look at the other articles in the series:

Benjamin Schneider is a freelance writer based in San Francisco currently working on a book about California Urbanism.

Benjamin Schneider is a freelance writer based in San Francisco currently working on a book about California Urbanism.