A Shared Climate, a Sharing Solution? - Shareable
Skip to content 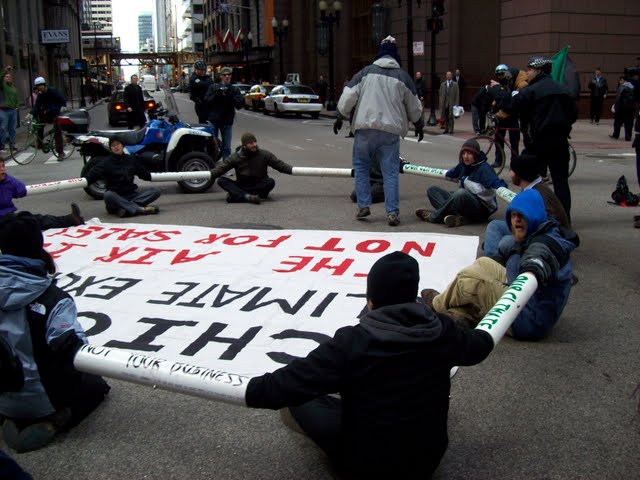 The Copenhagen Climate Conference is beginning in a week or so, and already Obama and his fellow political leaders have conceded that they will not make any meaningful agreements during this much-touted summit. Tens of thousands of people are converging on Copenhagen to demand action on the pressing environmental crisis of our era.

Between the street demonstrations outside and the empty rhetoric of the political classes inside, there is a widening gap.

But the gap is more than the usual deafness of the rulers. The gap also refers to the empty demands and naive expectations that permeate the social movements that emerged ten years ago in the "Battle in Seattle," and have appeared at major summits nearly every year since.

In ten days or so I’ll be reporting from Copenhagen’s streets for Shareable.net, going behind the rhetoric and posturing to see what is taking shape among the people gathering—what kind of agenda might meaningfully address this dramatic moment in world history?

The focus of the Copenhagen talks and the meandering negotiations in the U.S. Congress up to the present, has been on cap-and-trade, a market-based system which puts the last great commons, our skies, under a system of privatized exploitation.

Rejecting a strict regime of regulating emissions at their many sources in favor of trading rights and overall caps on total output (very hard to measure and easy to corrupt), politicians hope to prevent a deeper discussion of two elements essential to an honest reckoning:

But many of the converging protesters are committed to “system change, not climate change,” and do not accept the sleight of hand embodied in cap-and-trade. 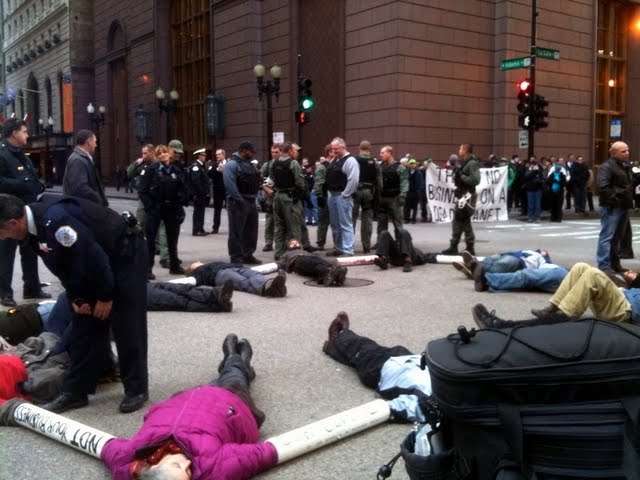 Recently the African Union’s leaders demanded reparations from the developed world for the havoc global warming is disproportionately inflicting on Africa. This has about as much chance of gaining support as the past decades’ efforts to “end hunger” and “make poverty history.”

We already know that our demands fall on deaf ears. Politicians are beholden to international capital. Large corporations have captured nearly every national government in the world. In a way, we’re facing a petrified and immobile political system that shows itself every day to be incapable of addressing the real issues of our time. Either that, or it is so beholden to the beneficiaries of the status quo that no amount of rational argument can alter the path we’re on.

The Peer to Peer Solution

It’s reminiscent of the Cold War, when the U.S. and USSR were lumbering heavyweights, staggering around the ring taking the occasional punch at one another by way of surrogate wars in the Third World. During the latter stages of the Cold War, political activists started to find a more direct way to act.

Two important examples of direct citizen action, neither of which had the advantages of today’s globe-spanning networking technologies, might point us in a helpful direction.

Taking these two examples, and there are undoubtedly more, we can imagine a process whereby skilled professionals, inventors, technically skilled researchers and scientists, etc., begin a process of technology and wealth transfer from north to south, from the developed to the developing world (and not as know-it-all “experts” but as providers of assistance willing to work with local agendas, customs, and traditional ways of doing things, allowing existing communities to adopt what they want, rather than having “solutions” or “improvements” imposed).

But instead of lobbying for more government aid, or framing the process in terms of an historic debt (with all the guilt and confusion that brings with it—even if the idea is well-founded), or waiting for international diplomacy to miraculously cut the Gordian knots that plague such negotiations, this could be a direct process that begins immediately.

There are many well-known technological alternatives, from organic farming to small-scale solar and wind power, rain catchment and graywater recycling, new ways of building with natural materials, bicycling and other types of pedal-powered technologies, and much more, that could help improve lives in many impoverished regions right away, while also leapfrogging over the fossil fuel “development” paradigm.

Many of these new technologies have been developing below the radar alongside the mega-corporate approaches that are proving so self-destructive.

Organic agriculture has an ancient history, of course, but has come into its own with the benefit of modern science too in permaculture, agroecology, and various other systems. Small-scale power generation, efficient water pumps, pedal-powered appliances, new ways of working with natural building materials, and dozens of other examples are solidifying their own methodologies and practices.

I’ve documented some of this in my book Nowtopia, but the processes I analyzed have achieved much more than I could describe in my effort.

The Peer to Peer Foundation is an excellent clearinghouse of projects and open source know-how that embodies an entirely different thrust for economic and social development. Some online wiki-based sites have fully developed, free-to-use blueprints for simple technological alternatives.

With so much know-how out there, and a great urgency among activists to create a different development model, perhaps it’s through a direct technology transfer, including adequate wealth, from the many beneficiaries of the high-tech booms of the past generation, that will unravel the impasse between recalcitrant governments and their corporate sponsors on one side, and the political and ecological demands of a rising global movement on the other.

There are many people reading Shareable who have these kinds of skills, as well as resources and talent with self-organization, and the political acumen to see the possibilities, who are capable of starting a direct process sooner than later that does what we all know must be done: transfer wealth and technology from those who have it to those who don’t, without incurring a new cycle of debt and dependency.

The Open Source House Project, recently highlighted on Shareable, is one example. There are many other efforts along these lines, and I encourage readers to share them as comments.

If small efforts can start outside the logic of states, gaining steam and learning as they go, perhaps a new alternative model of economic development can take shape, and large parts of the world population can rapidly get a stake in a new way of doing things.

The most interesting possibility is to imagine that this process will not only quickly raises living conditions (re-establishing local agriculture and relative food self-sufficiency, restoring water aquifers and forests, stabilizing and improving biodiversity, etc.), but will also double back to demonstrate how we might reorganize our own lives on a new basis, radically lowering the pressure our lifestyles put on the planet, while maintaining a comfortable standard of living, albeit on the basis of significantly less use of resources. 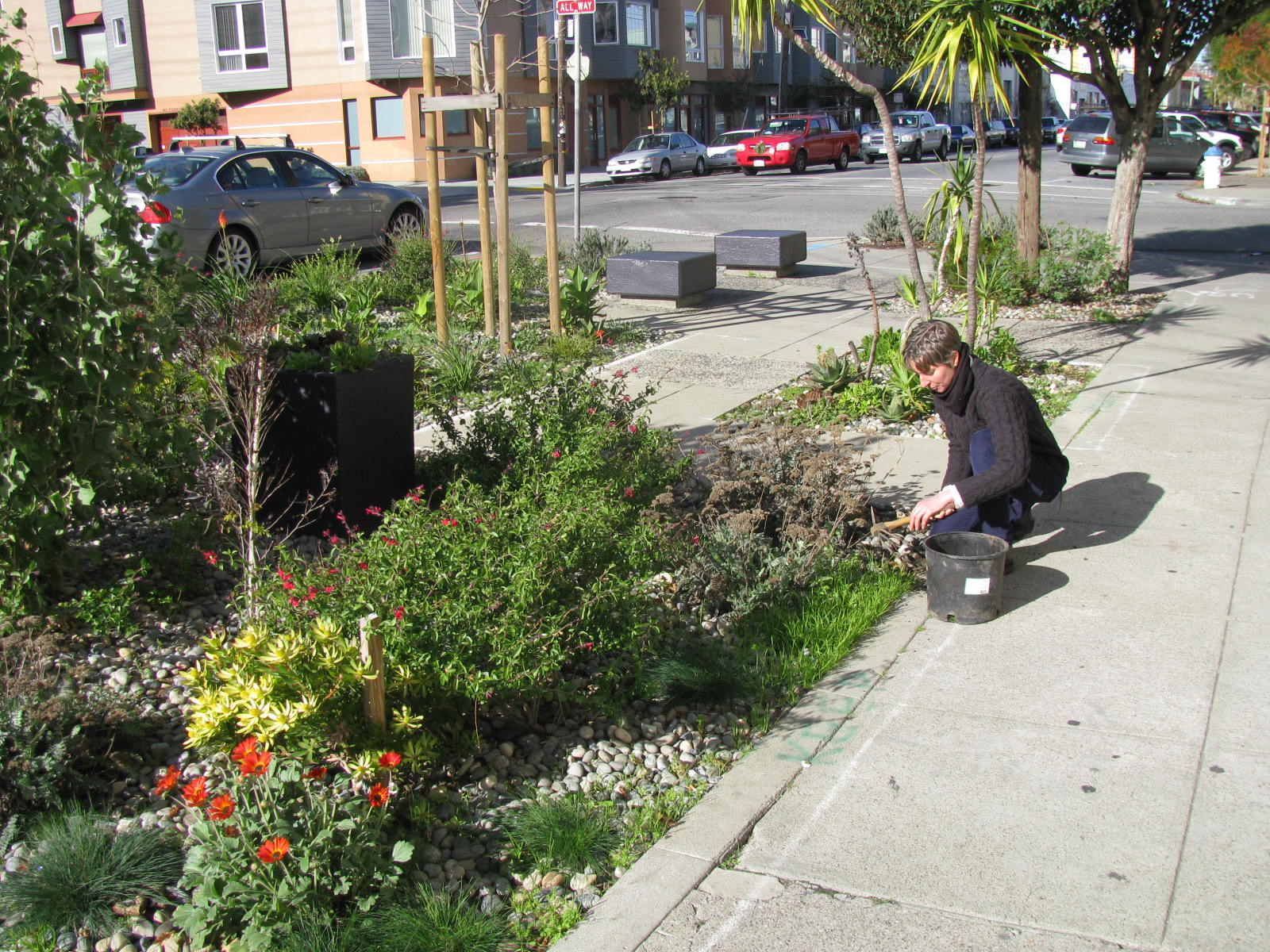 It’s a great challenge. If we face it successfully, we may open a path that the institutions we confront today will have to follow tomorrow.