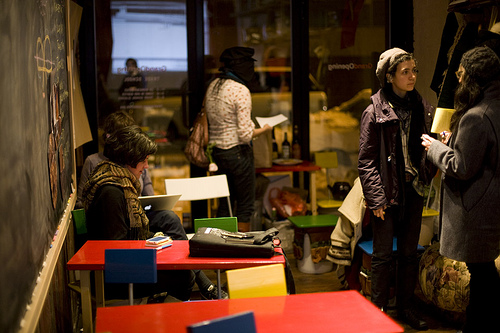 On New York’s Lower East Side, there is a creative community working hard to turn skills into a source of community, through a unique "school" where students barter for lessons.

Age: Christopher is in his 30s

Career: Christopher’s work oscillates between public art and community development, and has taken him to communities as far afield as Serbia, the Fiji Islands and Europe, as well as across America. He also runs a community-driven government works program, and a "developing world" think-tank. 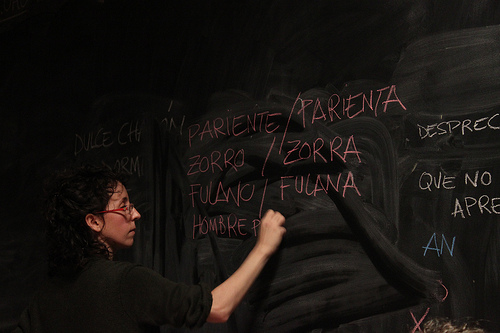 The story: For  35 days in February 2010, over 800 students congregated at Trade School on the Lower East Side to learn skills as diverse as composting, portrait photography and felt-making. Instead of paying money for these classes, students offered teachers material and non-material items like 4 ounces of tea, a used non-fiction book, and beginner lessons in French and German. This bartering connected people with expertise to share to people with a desire to learn new skills.

Christopher Robbins was one of the teachers, as well as a student. He taught classes in Participatory Learning & Action – a method draws on the varied perspectives of people in a community, rather than relying on the views of those who already have an "official" voice. Sharing insights with students on how to get a foothold in new communities, Chris’s classes try to prepare students to take part in the Work Projects Administration (WPA), "a smal-scale, community-driven" public works program.

“The goal is to get people using the techniques I am teaching to start their own community actions,” says Chris of his hopes for his students. In exchange for lessons, he looks for ways to put the theory into practice. “I try to use these sessions as jumping-off points to community action, so I ask people to bring their ideas for needed public works in their neighborhoods.”

While teaching at Trade School, Chris also took the opportunity to learn some new skills for himself, such as learning how to make fake rocks from an Exhibition Producer at the Museum of Natural History. “It was great to give myself license to attend workshops I wouldn’t have paid for," he says. "Trade School helps match wants to haves, and provides some grease for the sometimes awkward social machine we live in.”

The motivation: The big idea behind Trade School is that the act of bartering fosters new relationships between teachers and students. They are doing more than just sharing knowledge; they are also building an alternative economy.

For Chris, the importance of strengthening and encouraging this alternative commerce lies in protecting those things that the money-based economy ignores or damages. “Our over-reliance on the capital market system is destroying a lot of what is important in life – education, art and health care do not thrive in a strict market system and need alternative systems to flourish equitably.”

Seeing the value it has created in his own work and projects, Chris regards Trade School as an important step in the process of exploring alternative approaches. “Trade School provided me with a new set of skills in return (for my classes)”, he says of his determination to contribute to making the currency-less school and network thrive. 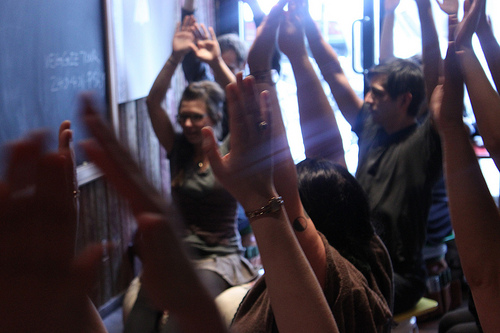 A shared future? Through his work at Trade School, Chris has also become more aware of the excesses of the modern world, and how more often than not there is a viable alternative to buying something new, be it swapping, gifting, or bartering. “With a little investigation, a barter can often replace a purchase – much of the construction gear used in the WPA project was donated or bartered in this way.”

The boundaries of this swapping behavior extend beyond the walls of Trade School; in fact, Chris believes the impetus to barter could be one of the most lasting lessons taught at the school. Opening up to the possibilities of bartering means that these exchanges start to occur in the most unlikely of places – including a hardware store. “I had just purchased the last post-hole digger when a man came in stressed out because he needed one," says Chris. "So we split the price, he used it for his projects and then dropped it off for me to use for my projects!

It seems the potential for these exchanges is only just starting to be realized, with Chris hoping that in the future we will see an eBay for bartering and other partnerships that increase the opportunity for skill swaps. As for Trade School, a recently successful Kickstarter campaign means it will be launching again this fall, further building and enriching a community that is redefining our idea of value and values.