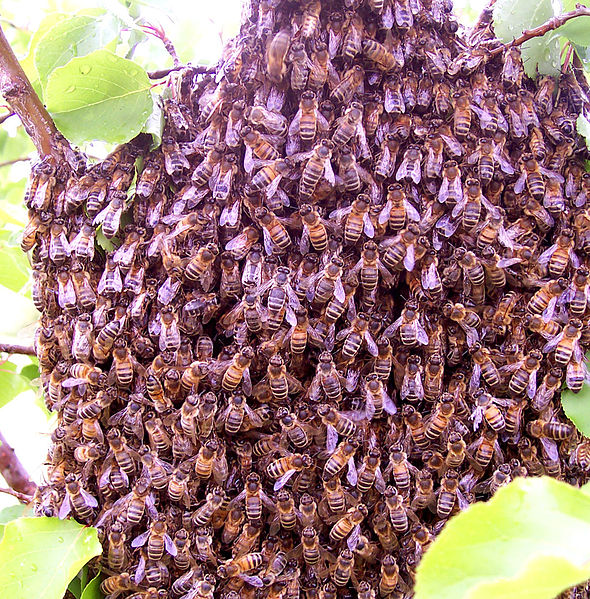 With the tech-enabled changes to network organizations from a hierarchical ones also comes changes in the practice of leadership. The skills needed to lead a network of participants, whether in a movement like Occupy or a marketplace like Etsy, are different from those needed to lead in a factory.

So what will the leadership skills of the future look like?

One place to look is Rick Falvinge’s Swarmwise: The Tactical Manual to Changing the World. In the book Falvinge describes how he created a new political party and quickly won two European Parliament seats through a decentralized architecture he calls a “swarm” that self-organizes work using online networks.

But as Falvinge explains, decentralized does not mean leaderless. The leader of or a swarm leads by inspiration and example, setting the vision and goals for the organization while building a culture that empowers members of the swarm to act. Falvinge contrasts this approach with the leaderless structure of the Occupy movement, which he says sacrificed direction and cohesion in favor of the resilience gained by lacking a leader who can be targeted by opposition.

Here are some of key skills for “swarmwise” leadership based on Falvinge’s book:

Releasing control is the first rule for swarmwise leadership. A swarmwise leader leads primarily through inspiration. Delegating authority can be scary, but for a swarm to function, all parts of it must become self-sufficient and autonomous. This is the only way to reap the cost-efficiency and execution-speed advantages of a swarm.

To lead by releasing control, the leader must lead through inspiration and example, and empower anyone from within the swarm to step up and assume a role. This occurs organically; when a task or function is needed, no one assigns it; someone volunteers to lead it and inspires other to voluntarily follow. The swarm architecture allows for creating leaders on an as-needed basis; once a role, task or function is complete, the leader of that function ceases to lead. No one in the organization has an advantage over anyone else, and no one is assigned a role by anyone else; leadership happens naturally when a need is met with a talent.

2. Build a Culture of Leadership and Trust

In order for decentralized leadership to succeed, it must be supported by a culture of trust. The founder creates this culture for the organization, setting the tone and example and leading more as archetype than as manager or mentor. Because this is the case, the founder and all leaders within the organization must maintain an excellent personal reputation, avoiding negativity and exhibiting values of patience, collegiality, passion, and understanding at all times.

3. Observe the “Three-pirate Rule” for Decision-making

The “three-pirate rule” is a method of delegating decision making to the local area of the swarm where a decision is needed, expediting action and avoiding bureaucratic inertia. Basically, if three activists agree something is good, they do not need to ask permission of anyone to act in the name of the organization.

4. Define the Message, Leave the “Branding” to the Swarm

The leader of a swarm defines the content of a message and leaves it to others to figure out how to best convey the message given context and audience. There are no consistent messages, slogans or catchphrases, or style guides in a swarm. The same message can be delivered in myriad different ways to appeal to a local audience’s needs, values and characteristics.

5. Be the Media Face

The rest of the world needs an avatar to associate with the swarm, so it is important for a swarm leader to engage with the media in person, including all press appearances and major public events and rallies.

People are not attracted to a swarm for social reasons; they join a swarm because they believe in the mission of the swarm and want to accomplish it. To keep people engaged, goals must be identified that are inclusive and engaging. Measurement and gamification are ways to keep the swarm engaged and focused, and to tap into natural competition to get things done and achieve goals. To keep swarm members motivated, reward them with acknowledgement and attention—it’s a critical step to maintaining morale and faith.

Swarm leadership increases the resilience of organizations; the swarm leader creates an ecosystem that is adaptable, redundant, and self-organizing. Ultimately, swarm leadership radically reduces bureaucracy by offering every member the chance to freely take initiative, participate, and lead according to their skills and interest level.