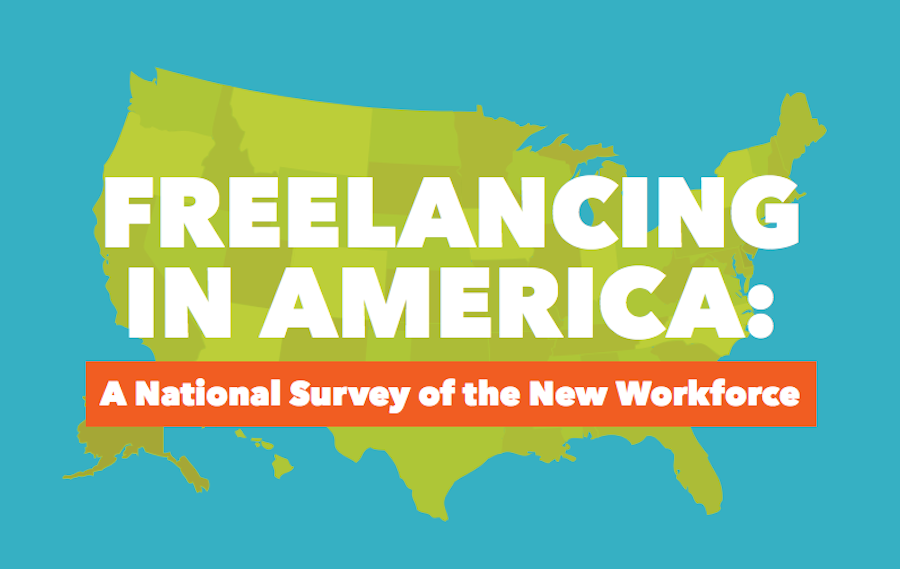 As the new economy grows, so too does the number of freelancers. A recent study, conducted by the independent research firm Edelman Berland and commissioned by Freelancers Union and Elance-oDesk, found that there are 53 million freelancers adding $715 billion annually to the U.S. economy. Some claim this represents a shift as important as the Industrial Revolution.

For the study, researchers surveyed 5,052 U.S. adults who have done paid freelance work in the last 12 months to get a better idea of who makes up the freelance community, why they freelance, specifics about the freelance economy, and more. The last survey of this workforce in 2004  by US Government Accountability Office found that there were 42.6 million “contingent workers” in the U.S.

The results of the study reflect the fact that a growing number of people are seeking work that allows them more personal freedom than the traditional 9 to 5 job. While 68 percent of freelancers said that earning money was the primary reason for freelancing, 42 percent of those surveyed said that a flexible schedule is the primary reason for freelancing.

Freelancers are optimistic about their future with a whopping 77 percent agreeing that the best days of the freelance job market are still ahead. There is also evidence of a shift in general perception with 65 percent of freelancers feeling that freelancing is more respected than it was three years ago.

Despite the optimistic outlook, there remain challenges to freelancing. The top two were a lack of stable income (50%) and a hard time finding work (47%). But the report points out that there is new infrastructure rising to meet the needs of this growing workforce including benefits groups like Freelancers Union, virtual workplaces, social networks, coworking spaces, skill exchanges, and freelancer-run collectives. This reflects a community that thrives not just on personal freedom, but on mutual support and community too.