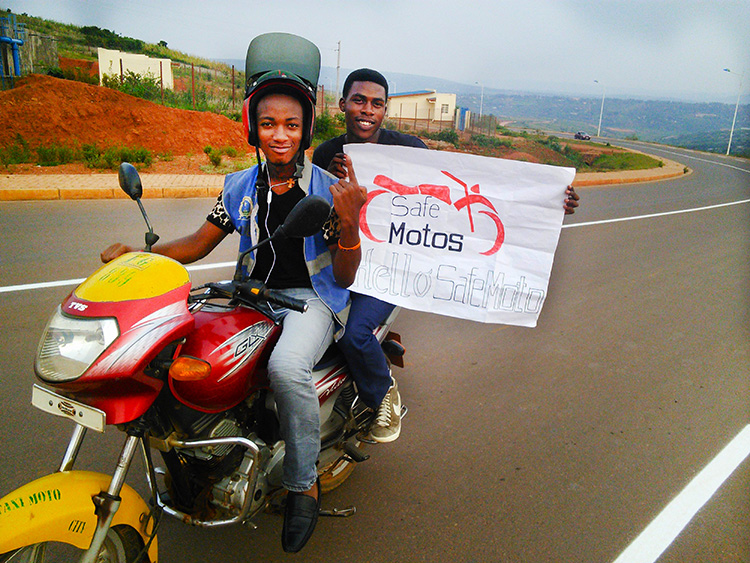 Here's the problem: In 2013, the World Health Organization estimated that 3,783 people had died in Rwanda due to road accidents. Although not always safe, "Mototaxis," or motorbike taxis, offered cost-effective transportation for low-income people and provided a livelihood for drivers. The challenge was to find a way to ensure safety of passengers and create jobs for mototaxi drivers.

Here's how one organization is working on the problem: SafeMotos is a digital platform that connects passengers with mototaxi drivers in Kigali, Rwanda. It incentivizes shared transportation by making it safer: Drivers are equipped with smartphones to monitor how safely they drive, by capturing and analyzing data on speed, acceleration, and location. SafeMotos drivers display distinctive red flags, which identifies them as safe drivers, and gives them a competitive edge in a crowded market.

Privately funded, and initiated by two locals who were themselves involved in a mototaxi accident, SafeMotos is not just an app: It's an initiative to help change the culture of driving in Kigali, and other African cities, with plans to ensure SafeMotos drivers are all trained in basic first aid.

SafeMotos' model, which also helps reduce carbon emissions and traffic congestion, can be adopted in cities around the world.