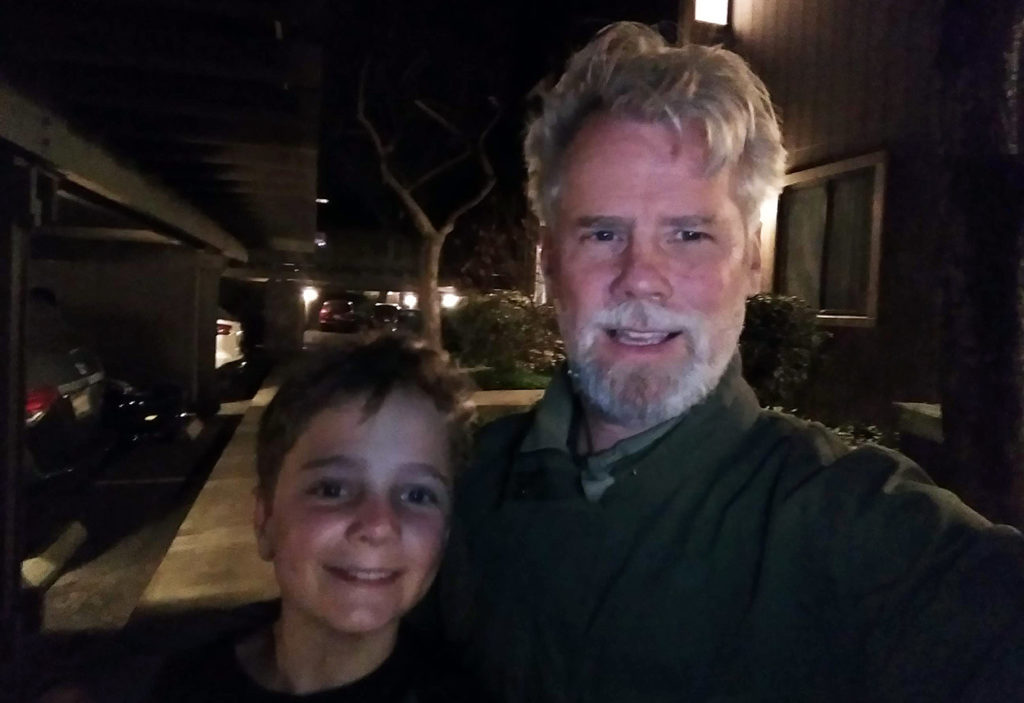 Two weeks ago, I began the recruitment process in my neighborhood for Cool Block, a program by the Empowerment Institute that helps neighbors take a series of actions together over a five month period to reduce emissions, prepare for emergencies, share resources, and get to know each other. This is part what I’m trying out for my #LocalYear life experiment that I’m blogging here on Shareable.

I started my door knocking campaign shortly after taking the block leaders training held by Cool Block at our local community center. The purpose of door knocking is to invite people to an introductory gathering where they learn about the program and decide to join the program or not.

From the training, I knew that I needed to get about 17 households to the introductory gathering in order to get eight households signed up, which is the perfect group size according to the program. The program recommends defining your neighborhood carefully and knocking on at least 35 doors. In my case, defining the neighborhood was easy — we’re part of a condominium community with 57 units

That’s a good bit more than 35, but I didn’t want to leave any household in our community out. I could always create two groups if there was strong interest.

That said, I dreaded knocking on so many doors. I had never done anything quite like it before. I’m a friendly neighbor, but like most of my neighbors, my family and I have mostly kept to ourselves with the exception of the occasional party, casual encounters, and my serving on the homeowners association board for a term about ten years ago.

My wife was out of town that week, so I decided to take my 10 year old son Jake with me. Taking Jake was both a necessity and a crutch, frankly. I wanted someone to go with me. I also thought it would be a good experience for him to see grassroots democracy in action and what it takes — that you have to take the initiative and that often demands basic, unglamorous spade work like knocking on doors.

We started out after dark at about 6pm on a Monday night. We knocked on half the doors that night. It was rough going at first. I stumbled with the short and easy speil the program recommended, which was basically a three sentence invitation to the introductory gathering. I started to get into a rhythm after about a dozen doors.

It really helped to have Jake there and just introduce ourselves as neighbors before saying anything else. For those who answered the door, that was effective in getting people to at least listen to us. About half of our neighbors weren’t home though, which was both frustrating and a relief.

We skipped Tuesday and I took Jake to play mini golf, which he loves. Then we were back at it Wednesday night. We knocked on half the remaining doors in 30 minutes. I was starting to get into it. I had the spiel down, it flowed naturally, and I improvised as needed. I was making it fun for myself and Jake. It helped that there was plenty for us to talk about in between doors. It was a mini-adventure in our own neighborhood. I helped Jake get into it too. I had him ring the doorbells, hand the flyers out to our neighbors, and put flyers on doors for those not home. I gave him lots of encouragement. And many of the neighbors responded to him. A shy, cute ten year old is pretty disarming.

We finished up the next night in no time flat. We ended up getting RSVPs from 16 households after knocking on 57 doors over three nights. There were no negative interactions, though there were a few that were short. Many more were thankful and enthusiastic about our effort.

Much to my surprise, this was an empathy-expanding experience. For the first time since moving in over 10 years ago, I met the majority of my neighbors. They were wonderfully diverse in age, ethnicity, attitude, and household makeup. I got a brief glimpse into their joys and struggles. Some were retired and lived alone. Some had their hands full with jobs and kids. Some mentioned they were between jobs. Sometimes we interrupted the family dinner, and I thought about how that would go over in our house. Meeting my neighbors, even briefly, made me think about their condition as humans and how it might relate to our own condition.

I also unexpectedly felt empowered by the experience. After we finished, I actually wanted to knock on more doors. I didn’t want to stop. I imagined knocking on every door in Mountain View, my hometown. The experience helped me see the first steps on a path to opening hearts and making a new world together with my neighbors, one simple step at a time. It was both grounding and exciting.

It’s even more of a surprise since I started out dreading the door knocking process. It really helps to have a clear, compelling call to action, one that you believe in and that’s genuine and good. That’s a rare thing in a world where we’re constantly bombarded by calculating ads and sales pitches of all sorts. And people pick up on that.

I’m also proud of my son. He knocked on all the doors with me. He kept a good attitude throughout. And it was a positive, bonding experience for us.

So far, so good. Let’s see if the introductory gathering helps us form a Cool Block team of eight or more. Fingers crossed!