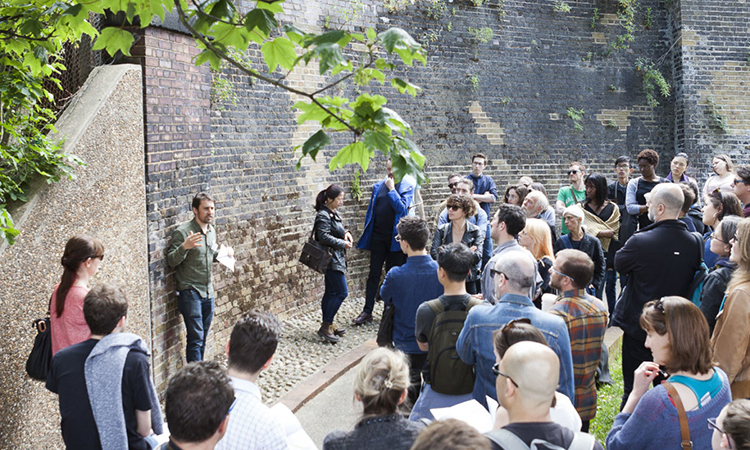 Here's the problem: There are many urban spaces that have the potential to become lively community hubs but sit empty due to little or no funding. Through crowdfunding, it’s possible to access a large number of people to raise money for important causes. How can we tap into this power of crowdfunding to raise money for civic projects?

Here's how one organization is working on the problem: Spacehive is a London-based crowdfunding platform for civic projects that bring various places in the U.K. to life. Like other crowdfunding sites, Spacehive facilitates the process of fundraising, complementing conventional methods (loans from banks or individuals, investment funds, grants from local government and foundations) that may be inaccessible or excessively onerous.

The projects are oriented to the needs of the people who initiate them, the people they hope to serve, and the people who fund them. For example, one successful project, the Peckham Coal Line, is now in the stage of doing a feasibility study. The idea is to create a linear park that is a pleasant route to walk or cycle in Peckham (a London district). The people who helped fund the project expect to benefit by being able to use the park themselves. Spacehive is not available for soliciting loans or investments, meaning that funders do not expect a financial return.

Benefits accrue not only to the people directly involved, but potentially to everyone in the neighborhood of funded projects. Projects that change the place in some long-term way have to go through ordinary public approval processes to ensure that they are of public benefit.

The Spacehive platform itself receives 5 percent of the donated money in order to fund its own operations. This overhead charge makes this site possible. The original investment funds to develop the site came from social investment funds, primarily Big Society Capital and Si2 Fund. Ultimately, benefits will also accrue to the investors in those funds.

The risk if a project fails is that funders get no benefit in return for the money they donated, and that project initiators fail to accomplish their goals. In order to minimize risk to funders, Spacehive works with Locality to provide a verification service which checks if the project idea is viable and can be delivered once the funding target has been met. The delivery manager for the project must agree to Spacehive's terms and conditions which ensure the money raised will solely be spent on delivering the project as described.

Header image of people visiting the site of a proposed linear park, the "Peckham Coal Line" in London, that successfully raised funds through the Spacehive crowdfunding site provided by Louise Armstrong