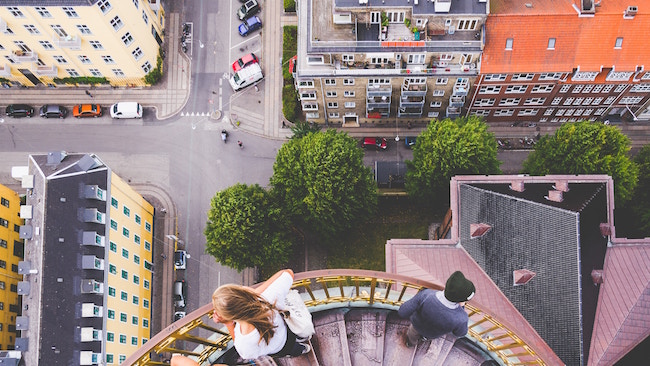 Earlier this year, researchers at the Future Cities Catapult, an urban innovation group based in the U.K., released a guidebook detailing how cities can fund community projects with crowdfunding platforms. They say that crowdfunding could soon become a go-to method for cash-strapped city councils in the U.K., and that community fundraising can help regular people shape the city around them. Plus, they say that innovative civic projects can be paid for when those ideas might not typically fly at a normal city council meeting (like temporarily transforming Park Street in Bristol into a giant blue waterslide). Across the U.K., there are 45 councils that have tried the crowdfunding model.

The community of Peckham, for example, is moving forward with plans to build an elevated park on a defunct coal line that connects the Queens Road and Rye Lane neighborhoods. The Royal Borough of Kensington and Chelsea is paying for children to participate in the Notting Hill Carnival and a football club to host a community tournament. In Manchester, the city council has pledged £60,000 towards a dozen or so crowdfunding campaigns.

This is the first report to detail how decision makers can leverage online platforms, and the authors say it couldn't come at a better time. City councils in the U.K. are increasingly looking for help with funding, and researchers at Catapult say a clear majority of U.K. officials don't even know how they could use the domain.

"Crowdfunding is not a new concept," he said. "[It] can be traced back to 1884 when over 120,000 micro-donations were made towards the Statue of Liberty. It's a great solution to a very real problem and considering it as simply another fund-raising tool is to ignore its huge potential for citizen participation and practical democracy." It's participatory budgeting with a twist.

The guidebook bills civic crowdfunding as a smarter and safer way for communities to invest in innovative projects, but the authors also see it as a method to galvanize the community. They write that it's "a new approach to citizen engagement and involvement" and it can "improve community cohesion and resilience." The guidebook provides a few detailed case studies, and explores the social and economic case for civic crowdfunding initiatives.

So, why civic crowdfunding? Cities can leverage more money and fund projects that offer a public good without an obvious business case. Still, the guidebook is clear that with changes in the modern economy, there's been a reduction in traditional philanthropy, and there's still a question of how to ensure that all the needs of a community are met.