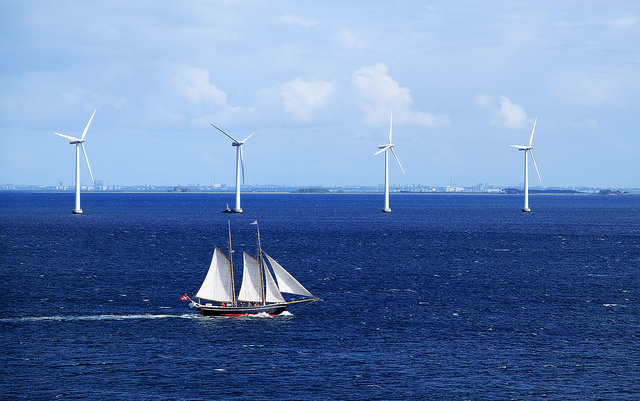 The establishment of a carbon-neutral energy system requires massive investments in infrastructure such as wind turbines. Because distributed energy systems do not fit the business models of the old energy utilities, they continue to invest far too little in this sector. Meanwhile, many individual electric power consumers are interested in investing in renewable power infrastructure, but these investments are too large and require a level of expertise too advanced for individual households to be able to support them. How can consumers take matters into their own hands?

Wind cooperatives allow multiple households to pool their funds to collectively build one or more wind turbines. As co-owners, they make investment decisions and negotiate the terms with operators of larger electric networks. An urban example of this is the Middelgrunden Wind Turbine Cooperative, formed in 1997, which partnered with the Copenhagen municipal utility to build 20 wind turbines of 2MW capacity each, off the shore of Copenhagen. Københavns Energi, the municipal partner, has since then merged with several other companies to form the private energy company DONG Energy. The cooperative owns 10 of the turbines, while the other 10 are owned by DONG Energy. Over 8,500 people who mostly live in or around Copenhagen own the 40,500 shares of the co-op. The cooperative is organized as a partnership, and each partner has one vote, regardless of the number of shares. One wind turbine is a "children's wind turbine" — shareholders have had their children vote on their behalf and thereby participate in the decision-making process, learning how to organize a sustainable future as cooperation between people.

The cooperative benefits from the support of the Danish association of owners of wind turbines (founded in 1978 as Danske Vindkraftvaerker, later renamed Danmarks Vindmølleforening). This association has successfully lobbied the national government to create favorable conditions for the expansion of wind energy. In part due to its activities, cooperatives accounted for around 50 percent of Danish installed wind energy capacity in the 1980s to early 1990s, and 20 percent of installed capacity today.

English translation of Danish Promotion of Renewable Energy Act of 2008

This piece is an excerpt from Shareable's upcoming book, "Sharing Cities: Activating the Urban Commons." Keep an eye out for the public release of the book this summer.

Header image of wind turbines near Copenhagen, Denmark, by Lars Ploughmann via Flickr