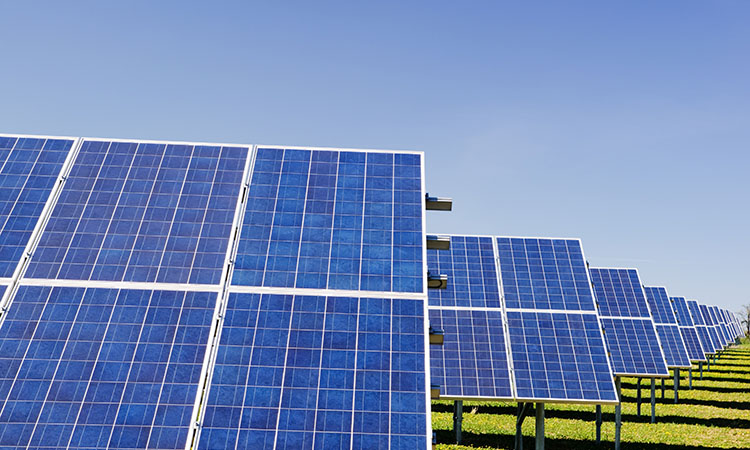 A locally based vision of renewable energy generation could eliminate global or national-level domination of the energy infrastructure by a few large players, and thus the concentration of profits in the hands of a very few. It could also reduce our greenhouse gas emissions to very low levels, comparable to the emissions before the industrial revolution. But the local orientation alone would not ensure that the benefits would be shared among all sectors of the local population, and therefore it would not guarantee widespread and active support. This is where sharing solutions come in. Shared energy infrastructure means that people together own and operate both the distributed energy generation facilities and the infrastructure to deliver that energy from where it is generated to where it is used.

In a sharing vision of a local renewable energy system, many households will generate their own renewable energy (as in solar photovoltaic or solar thermal systems on their rooftops), but many more, for whom this is not an option, will share in the ownership and operation of off-site renewable energy generation infrastructure such as wind turbines. The distribution systems by which energy is delivered to households will belong to cooperatives, municipalities, or trusts that are accountable to their customers and therefore do not take advantage of the potential of supply monopolies to generate economic rents (unearned income; extraordinary profits). The energy infrastructure is built by companies controlled by their employees, ensuring equitable sharing of the economic benefits. The construction and maintenance of this entire infrastructure is financed in such a way that it benefits the producers and consumers (and often prosumers — people who both produce and consume what they produce), rather than simply providing growth opportunities for the finance “industry.” Consumers use their buying power to ensure that they obtain renewable energy that is produced under fair conditions.

In many countries, much of the grid is owned by municipal authorities, which is an excellent solution as long as democratic accountability of these authorities is ensured. Unfortunately, there has been a trend in recent years to privatize electric distribution grids, on the basis of the argument that private control is automatically more “efficient.” However, this argument is only valid if there is true market competition, which is not the case in most energy distribution systems.

Finally, it is important that the workers installing all this equipment get a good deal – and this works best if they themselves own their own companies and make the important decisions. The challenge now is to bring all these elements together and help them to grow, in order to build an energy infrastructure that allows all of us to live well, while ensuring good living conditions for all the other species on this planet. —Wolfgang Hoeschele

Governments around the world still subsidize polluting, carbon-based energy projects, totaling hundreds of billions of dollars per year, according to The New York Times. In addition to this, the Financial Times has reported how these incentives are not yet offered to renewable energy systems at nearly the same scale. In response, entrepreneurs are creating alternative models to build distributed grids that derive power from clean energy sources and financial support directly from their local community members.

In Canada, residents of Ontario can invest in local solar power projects by buying SolarShare bonds. SolarShare is a renewable energy cooperative that enables anyone living in Ontario to invest in solar power projects in the area and become a voting member of the co-op. The minimum buy-in for SolarShare bonds is $1,000 Canadian dollars (around $740) for a 5-year term at 5 percent fixed interest, and CA$10,000 (just over $7,400) for a 15-year term at 6 percent fixed interest. Investors who purchase 5-year bonds receive an annual return through semiannual interest payments until the term of their investment ends, at which point they receive their entire principal investment. The 15-year bonds are self-amortizing, so each semiannual payment is made up of both principal and interest. The investor-members collectively vote in their board members, and can serve on one of the co-op’s many committees. SolarShare has completed 39 solar installation projects and is on track to build eight more through 2017. The cooperative will own solar assets worth more than CA$55 million (over $40 million) by fall 2017. —Emily Skeehan

The construction of sustainable infrastructure for renewable-energy projects is a source of immense economic opportunity. The workers who install these new systems, however, tend to gain relatively little from the creation of this wealth. Worker cooperatives are one way to ensure that the benefits of the renewable energy transition are shared more equally. Namasté Solar, based out of Colorado, began as an employee-owned benefit company when it was founded in 2005, but formally shifted to a cooperative structure in 2011. To become a worker-owner of the cooperative, candidates work with Namasté Solar for a year to determine whether they are the right match. If they are, employees buy a share in the cooperative and earn voting rights in their decision-making process. When business is going well, extra earnings are divided among the worker-owners. Namasté Solar has over 100 worker-owners across four offices in Colorado, California, and New York. The co-op has begun undertaking many big solar installations in Colorado, including a convention center, a hospital, and a museum. —Wolfgang Hoeschele

Public utilities require proper public oversight to ensure that the entities operating them do not exploit their monopoly positions to drive up costs for the communities they serve. In addition to regulatory oversight, another way to instigate public accountability is the creation of trusts, which put control over the utility in the hands of the people. In 1993, New Zealand established the Auckland Energy Consumer Trust (AECT) to own and oversee the companies that operate the electricity distribution networks. AECT was one of 30 energy trusts that the New Zealand government established following national reforms to its electricity system.

In 2016, it was renamed to Entrust. Entrust owns a majority share of Vector, the largest electricity distribution company in New Zealand. Entrust equally distributes profit dividends from Vector to all of its beneficiaries, over 320,000 households and businesses across the country. The beneficiaries, who are all customers of Vector, vote trustees into office. Two of Entrust’s trustees serve on Vector’s board of directors to monitor the company’s performance. This system ensures that the monopoly energy provider serves the consumer’s interests. If excessive bills were charged, the profits would ultimately be returned to the consumers. —Wolfgang Hoeschele