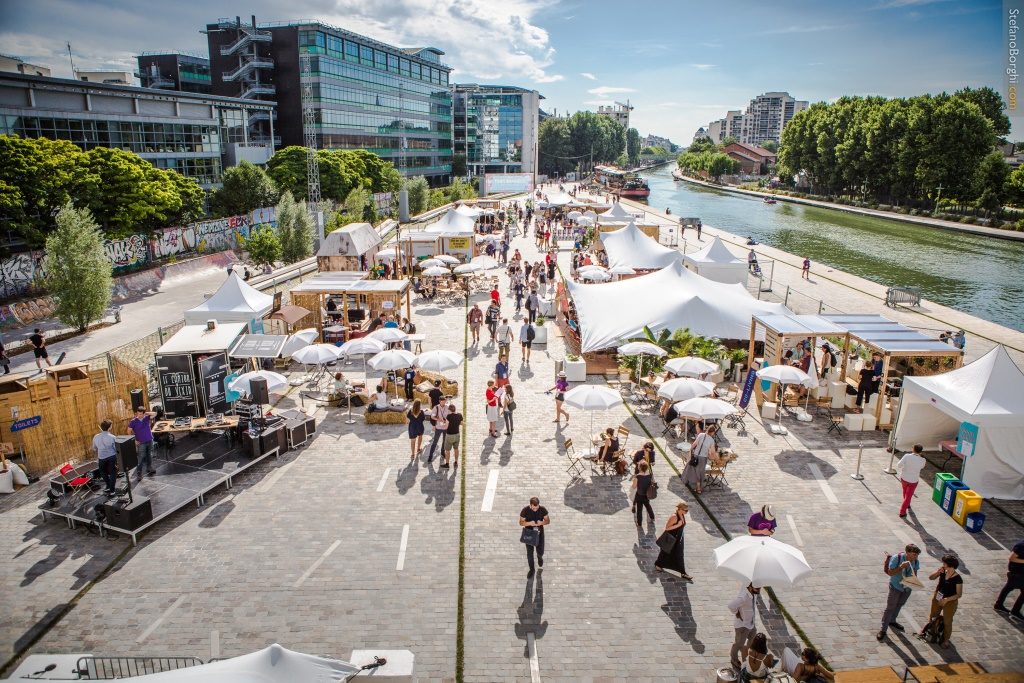 There is a growing potential for "United Cities" to replace the United Nations, according to Mark Watts, executive director of C40, a network of the world's megacities committed to addressing climate change. This statement was quite fitting for the opening plenary of the fifth annual Ouishare Fest in Paris, France, this month. This year's event focused on the great potential of cities. "Cities of the World, Unite!" was more of a call to action than just a theme of OuiShare Fest, which drew 2,000 people from around the globe. Here are 10 memorable experiences from the event.

Bringing the Sharing Community Together 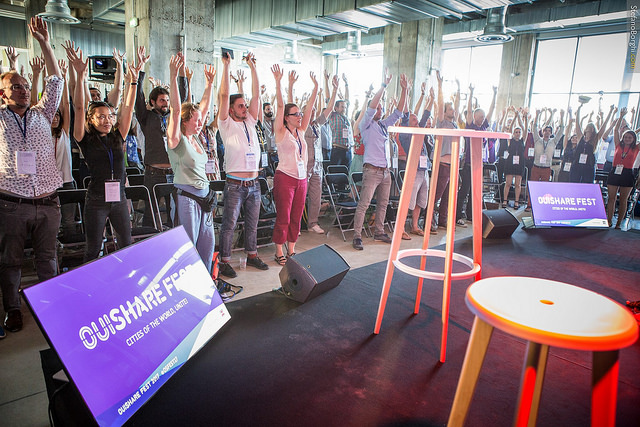 Ouishare Fest has established itself as the go-to conference for people embedded in the sharing movement — cities, civic tech, work, open-source projects, and more. This was my third time attending the event, and I wouldn't have felt inspired to go back if it wasn't so engaging, thought-provoking, and fun. 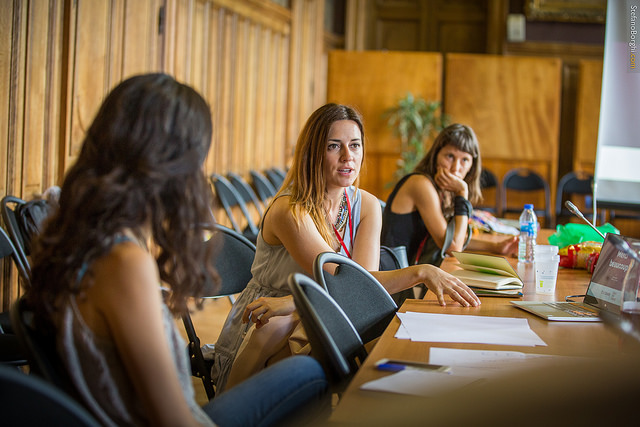 In addition to a new focus, this year's event also switched up both its location and format. In addition to shorter talks and workshops, the event had 12 four-hour master classes. These paid classes focused on topics such as exploring the city's innovation ecosystem and transforming organizations. 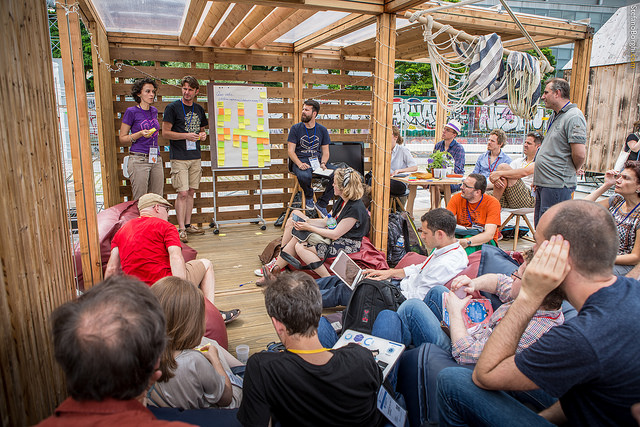 While smaller groups attended the master classes, others came together for two mornings of participatory, BarCamp-style workshops and discussions. This session on Platform Co-ops was co-hosted by Thomas Doennebrink and Alexandre Bigot-Verdier, both long-term members of Ouishare and activists in the platform co-op movement. 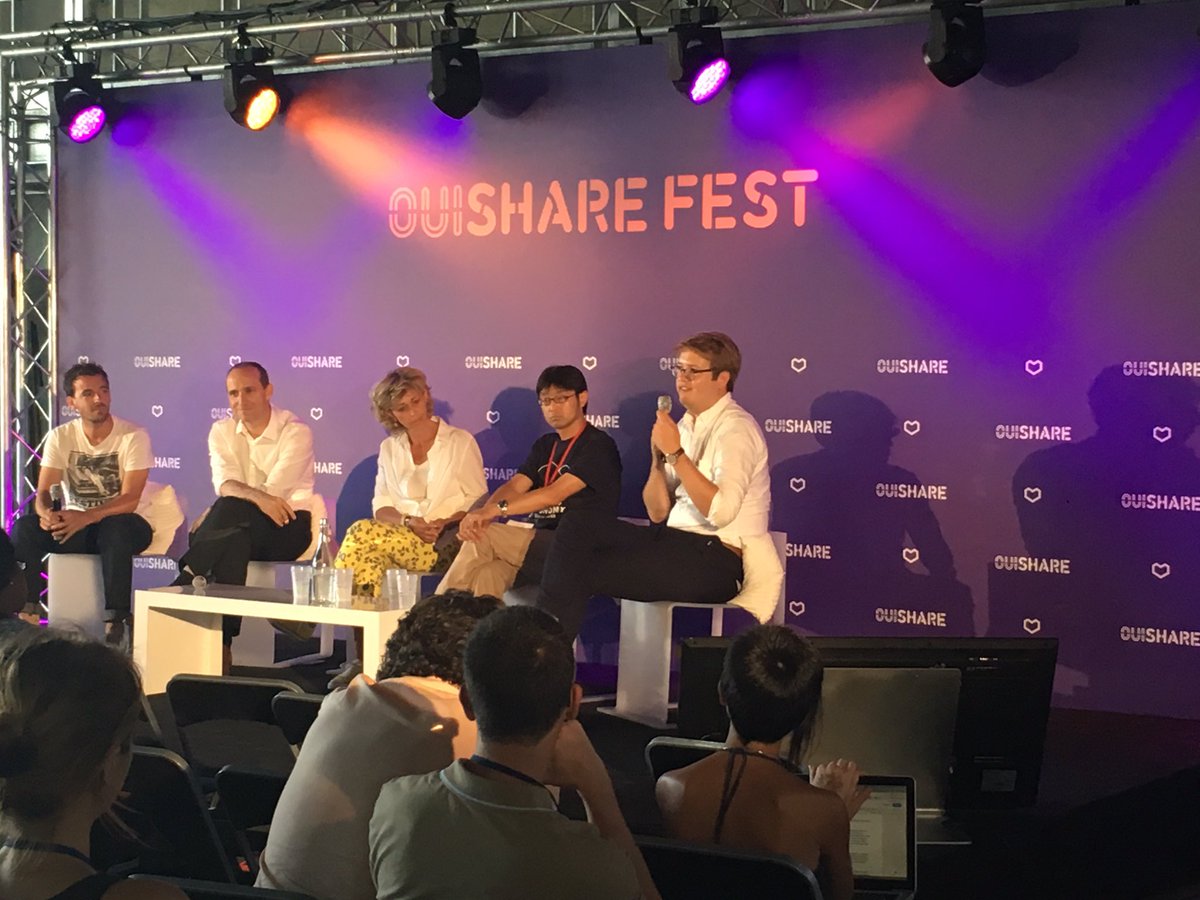 This year's event featured fewer short presentations and more panel discussions with ample time for the audience to engage with the speakers and the subject matter. One of the panel discussions focused on the "Bizarre Love Triangle" between public authorities, private actors, and engaged citizens in Sharing Cities. Representatives from Japan, Belgium, France, and the U.S. participated in the discussion. 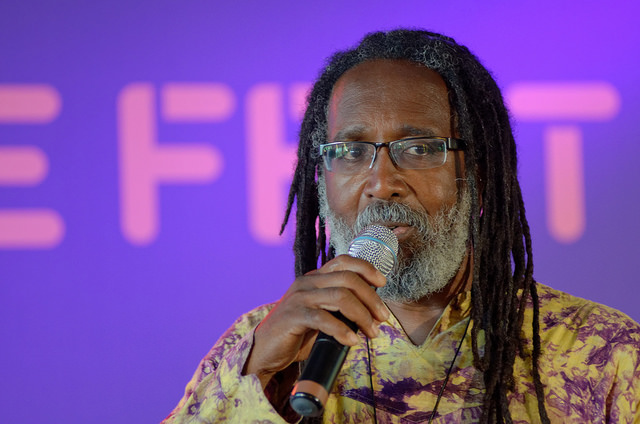 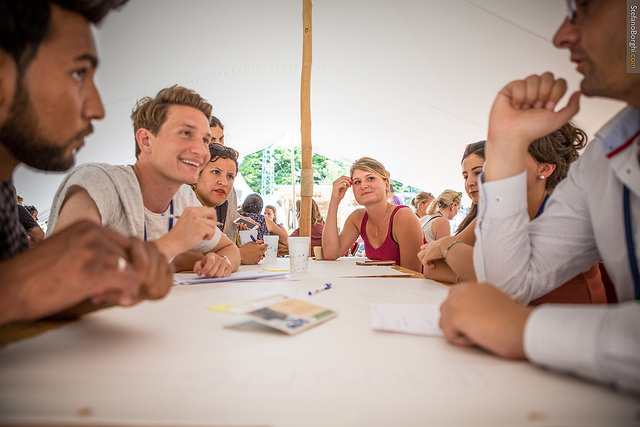 Hands-on workshops were more prevalent this year, including one hosted by Albert Cañigueral (OuiShare), Gabriela Masfarré (IdeasForChange), myself, and others. Our workshop focused on P2P principles in service design for the housing, mobility, and energy sectors and served as a first look at three chapters from Shareable's upcoming book, "Sharing Cites: Activating the Urban Commons."

Another change at this year's conference was increasing access to the event for people living in nearby communities. In the past, there was a single day for residents to participate, but this year, it was opened up everyday from 6-10 p.m. In addition to talks, workshops, and classes, there were also community celebrations. 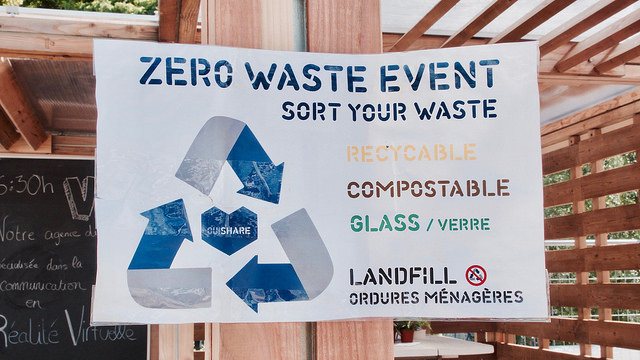 OuiShare puts a lot of effort into making an event of this size "zero waste." That includes using reusable dishes at all food and drink stations, recycling, and composting. 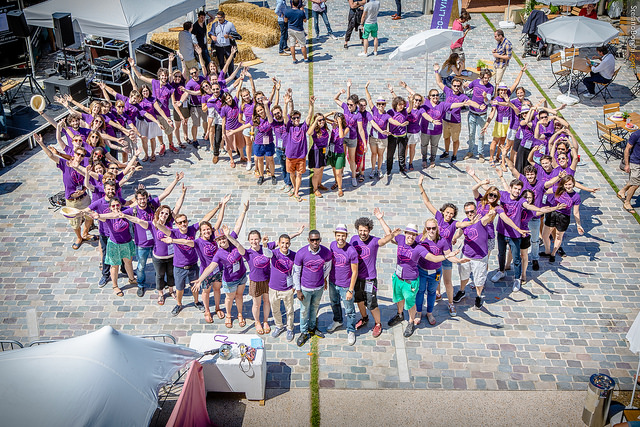 Year after year, it is the throngs of volunteers who make this event possible, and this year was no different. The volunteers played a huge role in keeping the event moving and making sure everyone stayed cool and hydrated in the heat. 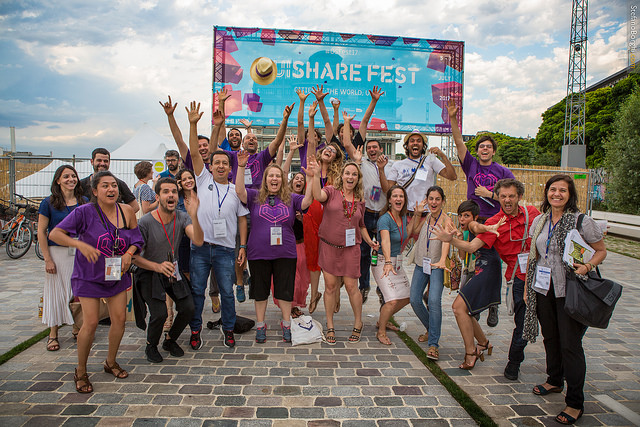 If you couldn't make it to the event in Paris, don't worry. Ouishare Fest Barcelona will be taking place in Spain, Nov. 15-17, followed by the second annual ColaborAmerica in Rio de Janeiro, Brazil, Nov. 23-25.

I was encouraged to see the OuiShare team shifting power within their organization and trying out many new things. I think that people were game to try out the new format this year. A number of people told me that they would have liked even more discussions on the tensions between people and technology, business and the commons, and national and local policies. That's something I hope will be taken into account when planning next year's gathering. I look forward to seeing how OuiShare and other similar events can unite cities around the world.

All photos by Stefano Borghi for OuiShare Fest (CC BY-SA 2.0 ), unless otherwise noted