Recap of OuiShare Fest 2014, The Age of Communities - Shareable
Skip to content 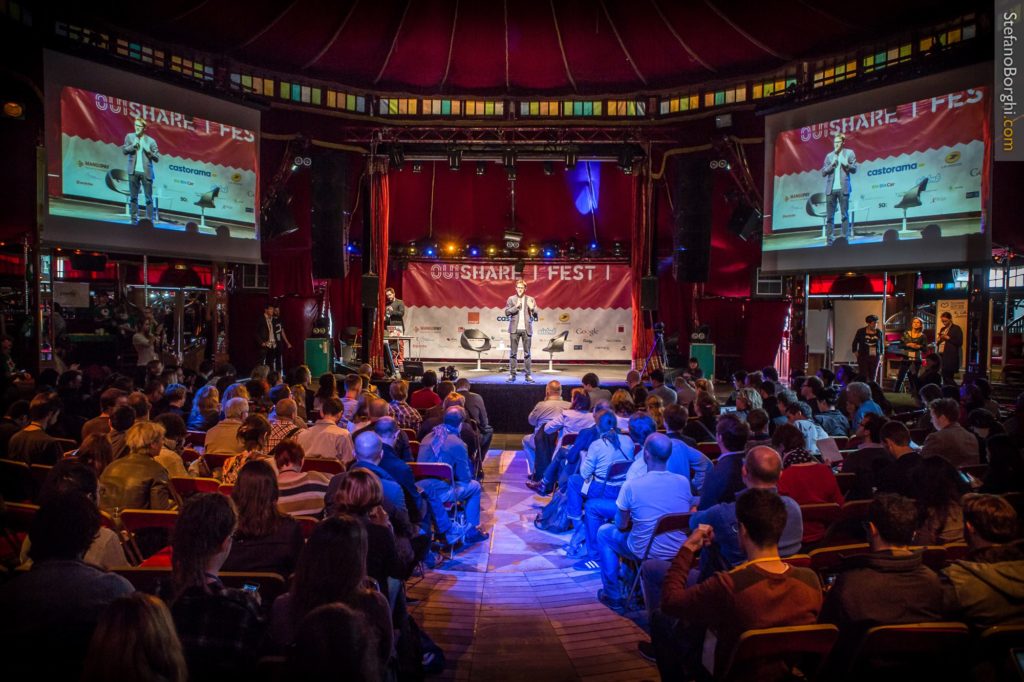 OuiShare Fest 2014 brought together 1,000 sharers from 31 countries under the big tent of the Cabaret Sauvage in Paris. On May 5, 6, and 7, we met in the middle of Parc de la Villette, by the scenic Ourcq Canal. Titled The Age of Communities, the five themes spurred us to Inspire, Debate, Co-Create, Connect, and Play, offering sessions ranging from the hands-on fabrication of furniture with a laser-cutter to philosophical explorations asking Is the Collaborative Economy a Self-Fulfilling Prophecy? (Short answer, yes-ish.)

Conference co-chairs Francesca Pick and Benjamin Tincq of OuiShare opened the event by urging the crowd to create the event attendees want with the “platform” that OuiShare provided. After Tomás de Lara’s meditation on moving from an Egocentric to an Ecocentric Economy, the enthusiasm was palpable, embodied by Rachel Botsman’s declaration that the empowerment we gain from sharing will drive the momentum of this worldwide collaborative movement. The rest of the day was packed with activities and speakers in four different venues around the Cabaret Sauvage: The Circus, The Boat, The Camp, and the Factory, not to mention the pedicabs and vendor stands outside, along with the solar and pedal-powered generator providing music and phone recharging. 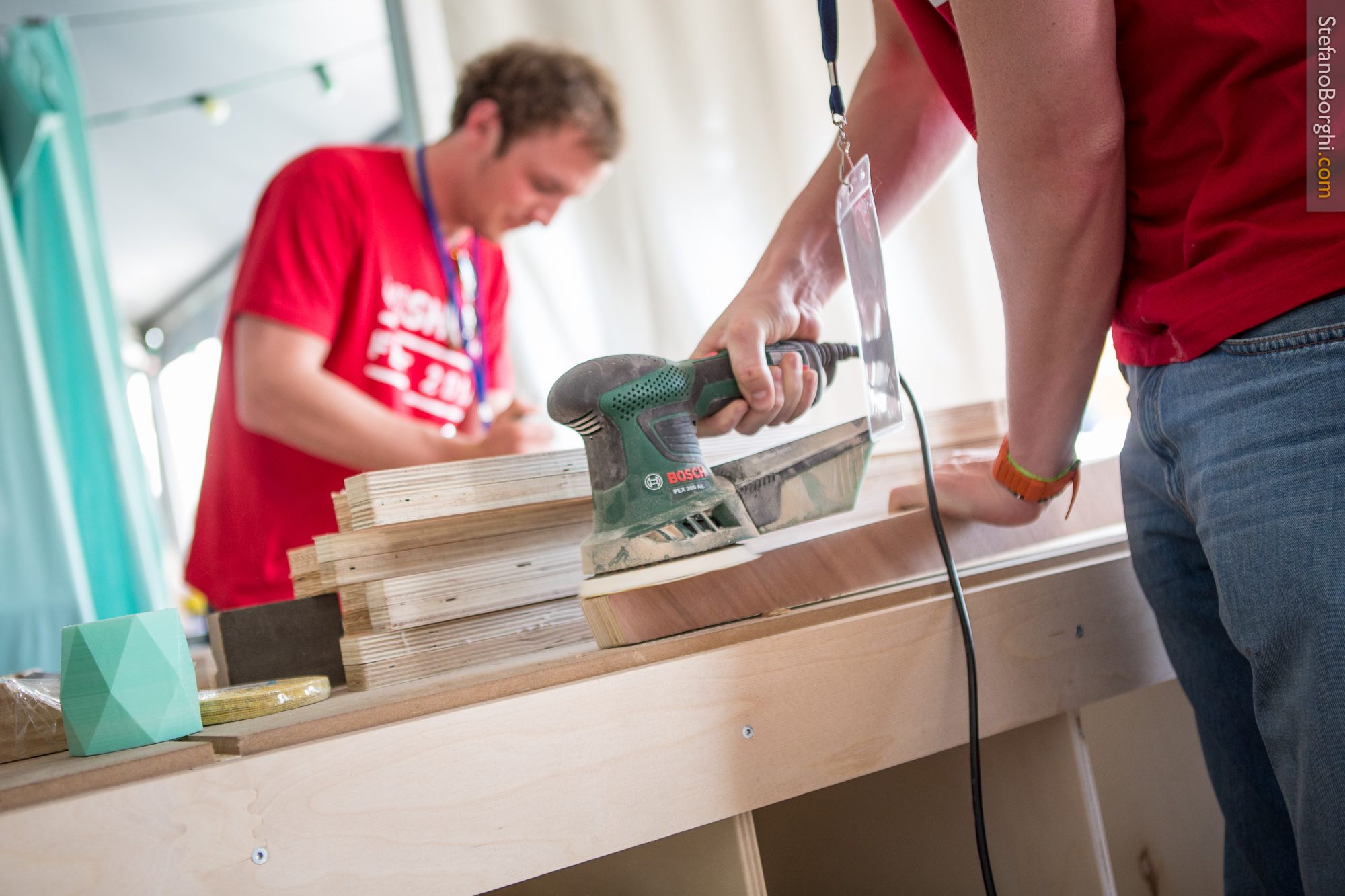 A few highlights from Day One: 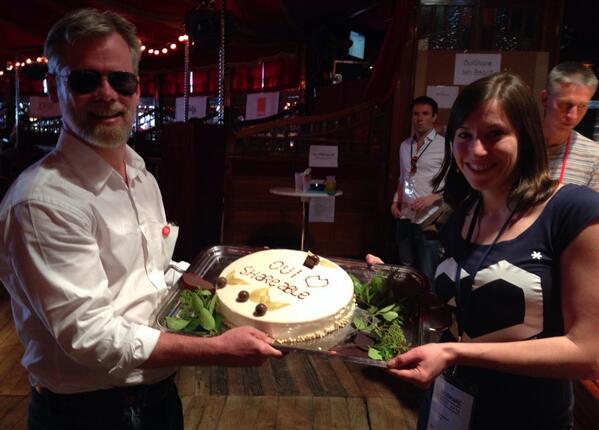 European ride-sharing platform Blablacar bookended the second day with a morning session and a party at night, both headlined “Fun & Serious” — a good description of the day’s tone. Several other large companies discussed their involvement in the growing collaborative economy, including supporting start-ups as a low-risk exploration of innovative economic solutions. 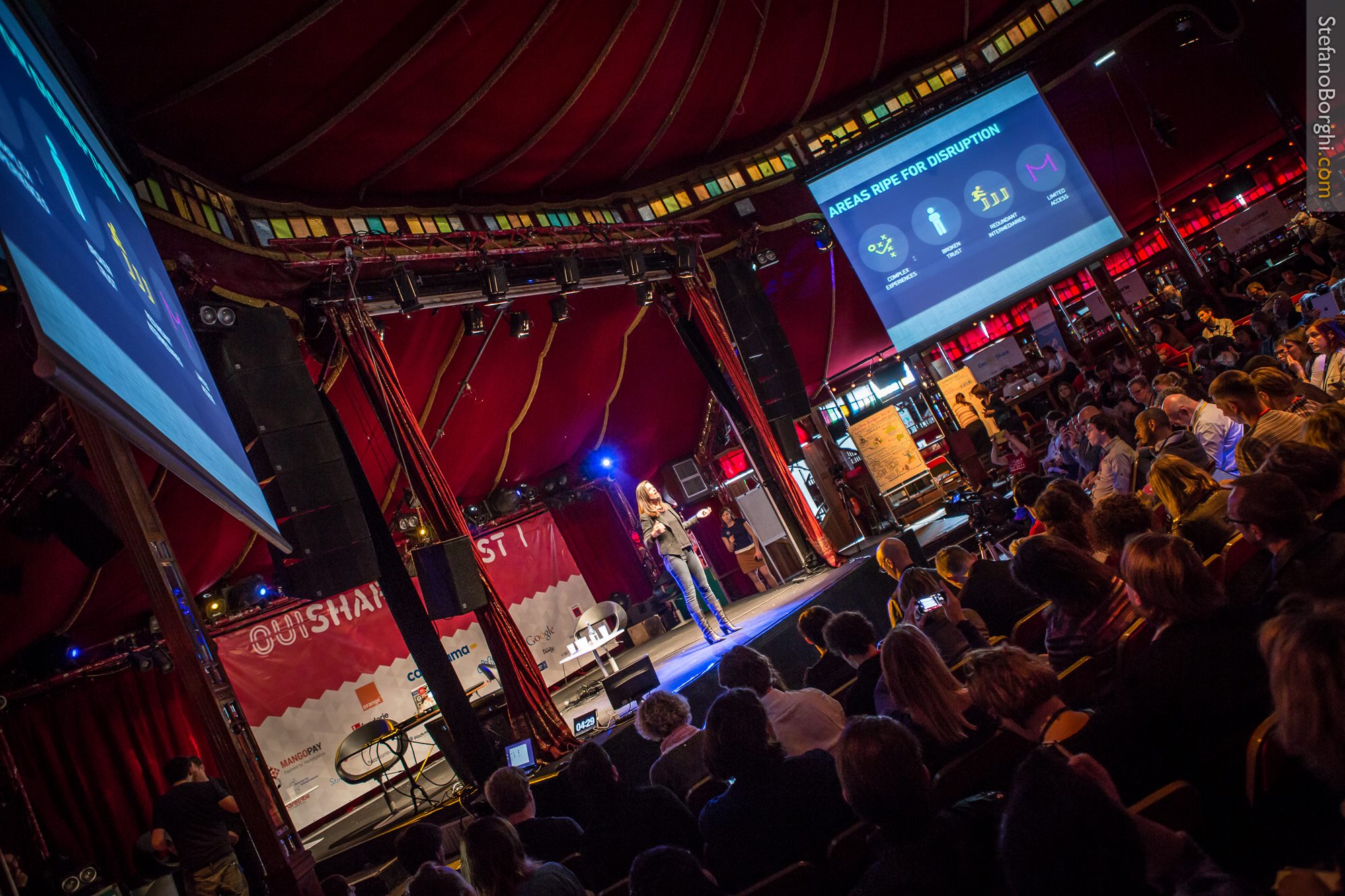 There was also a focus on cities in the collaborative economy. Shareable’s Neal Gorenflo exhorted us to “rethink cities as commons instead of markets” and invited the audience to join the effort to build sharing cities with a new video; Vincente Guallart, Chief Architect of Barcelona, showed off several great projects they’re instituting; Michele D’Alena of Bologna impressed us with his vision of using government as a platform; and April Rinne gave some more examples of successful city programs worldwide. This seemed to also be a day to connect with people — in sessions, in bathroom lines, during lunch, while watching performances, and working together. And, speaking of connection, one particularly notable and well-attended session pushed the boundaries of the sharing economy by creating a forum to discuss “new models and social contracts for love and intimacy” — props to the organizers!

The third day of the conference brought a solid confirmation that this is a movement and not just a trend in Europe: France’s Secretary of State for Digital Affairs, Axelle Lemaire, came to OuiShare Fest “to learn, to meet, and to get feedback from people on the ground,” interviewed by OuiShare co-founder Antonin Léonard.

The Future of Currencies panel demonstrated the world’s first live payment of university fees in Bitcoin. Peers.org’s Natalie Foster named Sara Horowitz and the Freelancer’s Union in New York as a prime example of the kinds of mutual aid circles needed for P2P entrepreneurs. Zero waste and circular economy speakers Robin Chase (Zipcar + Buzzcar) and Helen Gould (Nesta) focused on the dangers of climate change. Pearl Werbach (daughter of Yerdle’s Adam Werbach), one of the youngest OuiShare Fest attendees at eight years old, read her essay urging grown-ups to share more. Ariane Conrad declared us all champions of this new economy, and Benita Matofska, of The People Who Share, insisted that the movement provide equal and open access to all. Sessions on co-working and co-living presented various sharing models throughout the world (and internationally, like Copass), and the day wrapped up with exhausted attendees catching cat-naps before the awards ceremony and dance party. 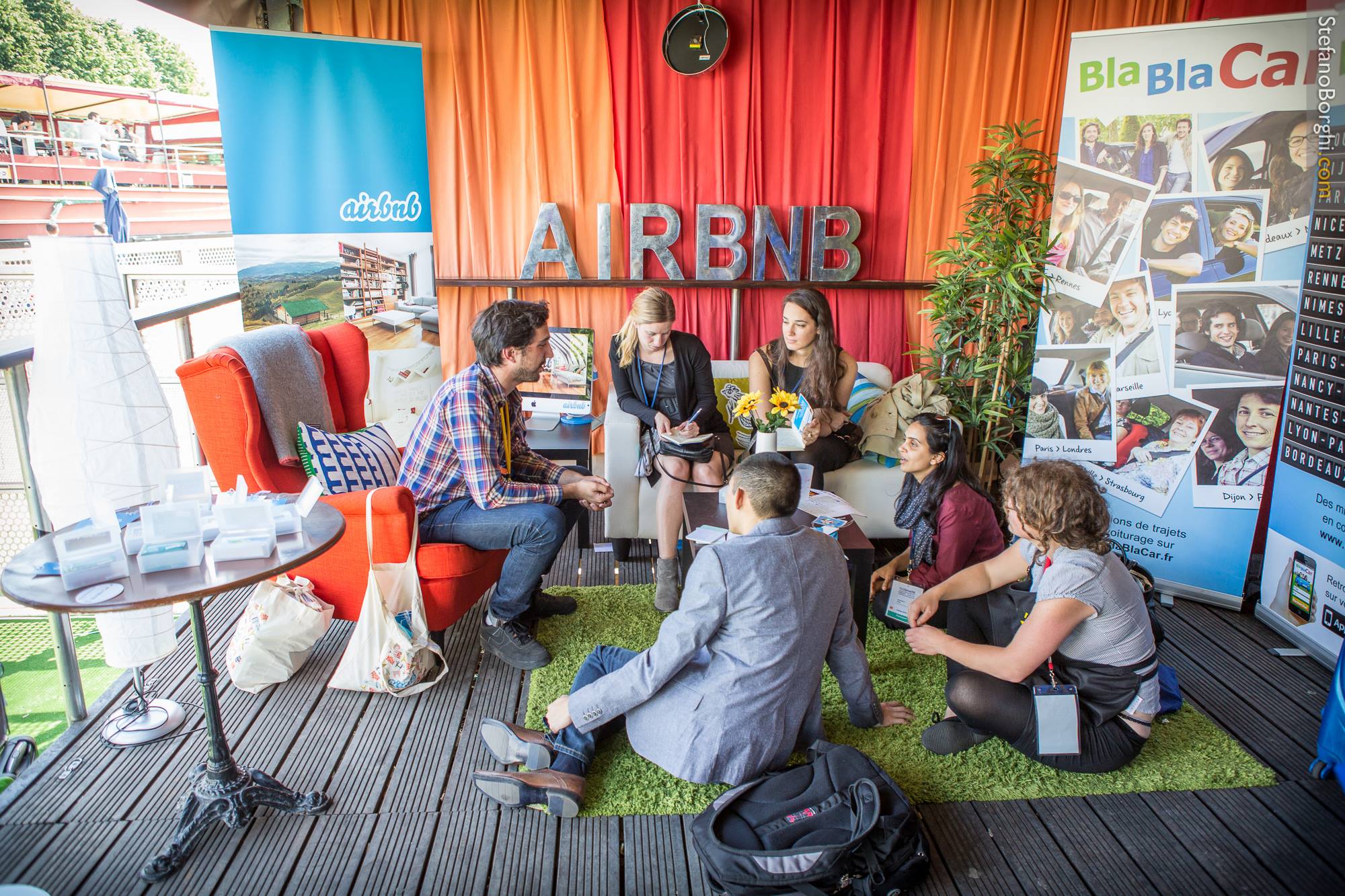 Questions of definitions came up throughout the three-day conference, as well as debates over the tensions around corporate backing of the movement, efforts to change financial and economic systems from within, and outsiders wanting to create altogether new communities. I saw big companies discussing how to adapt to economic changes and met people living without money. The atmosphere was positive and driven. This was an assembly of doers, creators, and thinkers. The thoughtful planning was matched by playfulness and generosity throughout, embodying abundance over scarcity. We ate well, laughed, and shared joyfully, learning, connecting, and recharging to take this energy back out to the rest of the world.

The challenge for next year will be how to bring more people into the circle, how to engage disenfranchised communities (scholarships for those unable to afford the registration fees?), and how to address the social and economic needs arising from a growing freelance workforce. I’m already looking forward to it! You can read more on the OuiShare blog, watch the wrap-up OuiShareTV videos, see the full schedule on the OuiShare Fest site, and find better photos as well as podcasts and tweets here and here. OuiShare is also hosting a Berlin Summit, June 4-8. See you there!

In spring 2014 she is traveling around Europe studying the movement there.

Things I share: My car (through RelayRides); rides in my car (through SideCar); my stuff (through Neighborgoods, Yerdle, giveengine, Nextdoor, Peerby); my services (through BACE Timebank, Zaarly, Skillshare); my partners (through adept communication and calendaring) ;)