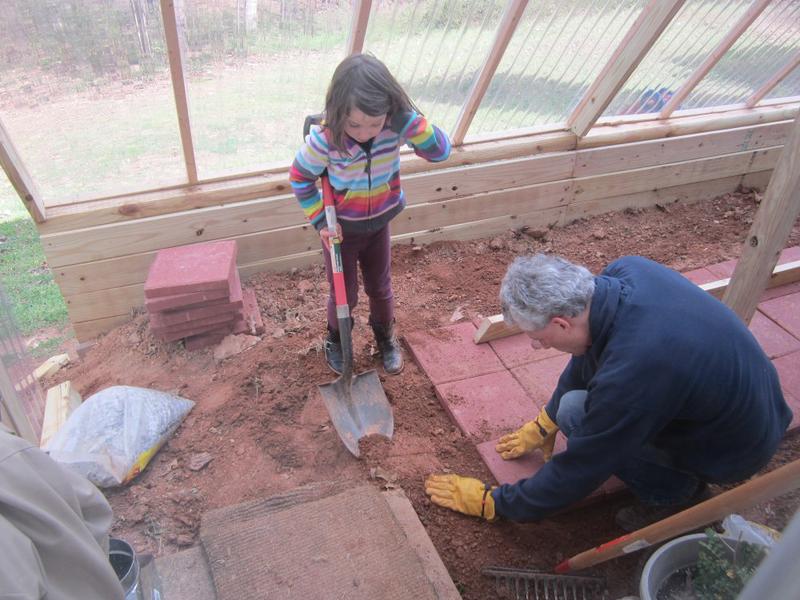 I have a six year old girl. Generally when I am on the internet I refer to her as Pookie, because that has been her nickname since she was a tiny toddling thing. I am one of those parents that thinks, possibly too much, about the influences she is receiving from the world around her. I don't get too crazy about it, it's not like pop media is banned from our house or anything, but I do recognize that there are certain assumptions and archetypes that are going to worm their way into her subconscious, whether I like it or not, and I would like other impressions to be riding shotgun in her psyche to hopefully balance that out. So I look for opportunities to emphasize the values and social patterns that I hold most dear. Plenty of these opportunities come from me just living life, day to day, according to my own principles, as best I can. Plenty more arise from talking out adverse situations or challenges that arise at school, or between her and I. Still, I'm always on the look out, whether it's pulling books on famous women out of the library stacks, or taking advantage of free events that might expand our horizons.

One of the things I'd like her to see is that people can pull together to make things happen, not just in the idealized realms her favorite cartoon characters populate, but in real life. You can have a brilliant idea, get the people around you excited about it, and create something that wasn't. Not being a particularly social person, or having many large-scale great ideas myself, opportunities for that have been a little limited. So I was completely delighted when my boyfriend suggested I bring her to The Work Weekend for his event.

Back in June it occurred to several people I know, boyfriend included, that if they put on their own burn-style festival, with all their various friends pitching something in, it would ultimately cost them the same as paying to attend one of the large regional burns in the area. Furthermore, they would be able to charge a lower ticket price extending the opportunity for this kind of experience to those around them that just couldn't afford it. Like me. Some how they pulled everything together at lightening speed and by August the first Work Weekend to prepare the grounds for the event was under way. Pookie and I were going to paint the stage.

Pookie's only context for a festival of any sort is the “fall festival” fundraiser at her school every year, and the various holiday parties they throw downtown. But she does know camping, she loves camping! And she knows stages, that's where they put on puppet shows and music concerts! And she knows the word “help”, she loves to help, especially if it is an important sounding, grown-up thing like painting a stage, building a greenhouse, or washing a car (picking up the living room, meh, not so much). So she was intrigued enough to consent to a very long drive with minimal fuss.

I did have reservations. The day we would be there the grounds would be occupied, as far as I knew, by four young guys with no kids of their own, and that's the kind of demographic that is often a little short on tolerance for the more obnoxious tendencies common to children. I ended up very focused on policing her behavior. I didn't nag and correct her the whole time, but I was more watchful than usual, poised to step in if she started pestering, or interrupted too many times, to redirect or distract if she started to whine. I did relax as the day went on. The guys were really good at finding jobs that would satisfy her constant plea of “can I help?”, providing explanations and directions, and quickly picked up on the tactic of distraction, which they proved creative with:

“How long do you think it will take you to run to the other side of the meadow, Pookie? You go, I'll time you with my- oh, my watch is broken. Well, have you ever wondered what the inside of a watch looks like?”

“What do you think you can see from the top of that hill? You be the scout, go up there and report back what you can see, I'll be the general and wait here.”

“Wow, you're a great runner. Can you run in a circle? A square? A triangle?”

Pookie is old enough to see through this tactic but if the suggestion is novel or intriguing she usually goes along with it. So between digging the paint brushes out of the barn, painting the floor of the stage, handing nails to people and asking sixty thousand questions about what everyone was doing, she kept pretty busy trying out the suggestions we kept throwing her way. Nevertheless she is a kid so some whining, about snacks, about waiting, about the heat, were inevitable. Overall, I was really pleased with how this was going, but I did want to acknowledge that part of that was the people we were working with.

When one of the organizers sat down for a smoke break near me I figured it was a good time to bring it up.

“Hey, thanks for making room for Pookie today. I really appreciate how patient every one's been with her, and I love that you guys are letting her get involved with some of the work. That's what we came out for.”

“Oh nah man, thanks for bringing her! She's really well behaved and, I mean, she really gets the whole spirit of this thing. She's so happy to be involved.”

I thought about that.

“Yeah,” I said, “she's like that. I mean, she doesn't really know what we're doing this for, she just likes helping. She's getting a real kick out of this.”

“That's what I mean. That's the spirit we're trying to spread, that's the point of the event: to find the joy in participation.”

I've paraphrased this conversation because it rambled a lot, but that was the gist of it. I would have called it an “attitude” rather than a “spirit”, but I got what he was saying. It was one of those conversations that stick in your craw for awhile, that you have to chew over because it keeps popping up in your head. I think I'm starting to realize more fully that I am not the only one in this parent-child relationship who is doing the influencing. This implies that, at six, Pookie would seem to have some pretty strong values of her own. I keep forgetting that we're learning from each other, that this is a two way street if I can remember to be open to what she has to bring to the journey, just like the guys at the Work Weekend were.