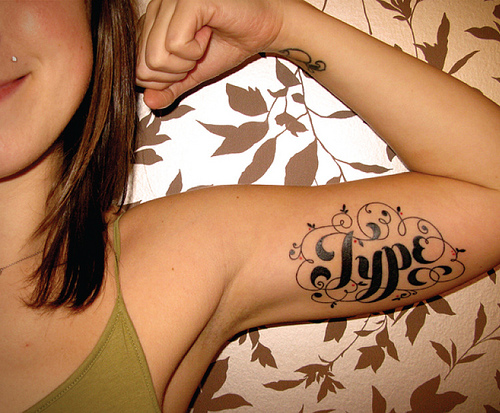 Letterer, illustrator, crazy cat lady, secret web designer. That’s how design it-girl Jessica Hische described herself at FontShop’s TYPO International Design conference at Yerba Buena Center for the Arts in San Francisco on Friday, April 6. We saw evidence of each aspect of her self-description during the talk — except the crazy cat lady part, which we’ll have to take her word for.

Barely five years out of college, Jessica has become well-known for her wildly popular “procrastiworking” projects such as the Daily Drop Cap, the Should I Work for Free? flowchart, 52 x 52 and Don’t Fear the Internet. Her philosophy is that we should pay attention to the things we do when procrastinating: those are the things we should probably be doing for a living because we actually enjoy them the most. 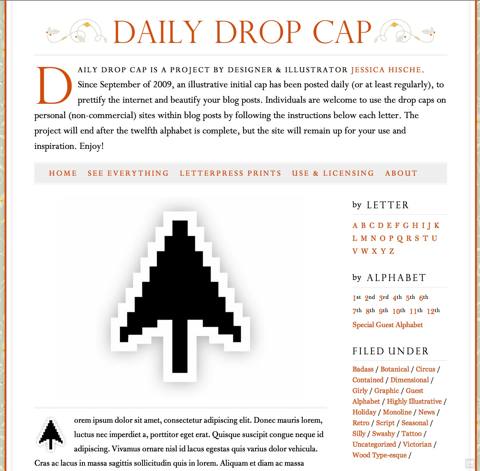 To fuel her “procrastiworking” inspiration, Hische keeps a Google Doc of projects to work on on Saturdays. The Daily Drop Cap was one of the first projects that came out of it. She created one hand-drawn letter a day, posted online, until she had twelve full alphabets and found herself in situations where people would say ‘hey — you’re the daily drop cap girl!’ 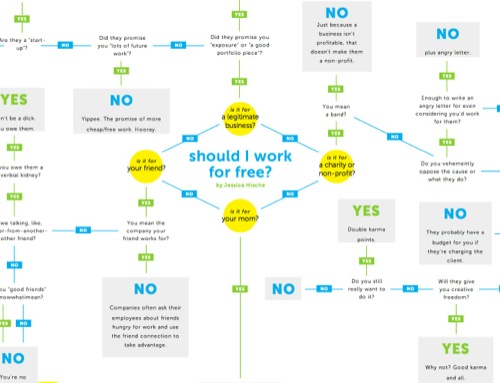 The Should I Work for Free? Flowchart is self-explanatory, as anyone who gets offered interesting work opportunities that lack reciprocal value compensation understands all too well. 52 x 52 is the place Hische encourages herself to donate to a charity every week. Inker Linker is a service for visual designers to find printers, while Don’t Fear the Internet is a basic HTML and CSS guide for non web-designers that is both useful and beautifully designed. 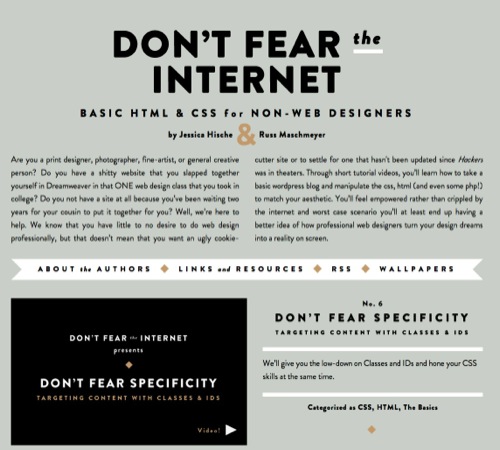 One of the funniest projects she showed was Pack Your Luggage, a board game about divorce she created in high school. The point of the game is to end up with the least amount of emotional baggage on your journey through the gauntlet of fraught decision points, revealing her dark humor. But her sunny and buoyant personality suggests that she’s worked through the personal experience that led to the genesis of the board game. 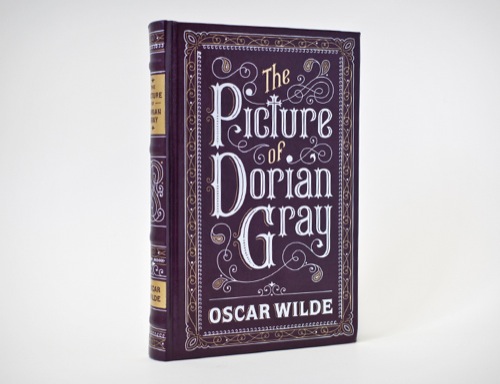 Hische showed the TYPO audience her work from high school to present, dispensing practical advice and humorous comparisons between the worlds of lettering and type. Lettering is her forte, a niche she fell into “by accident”. After attending Tyler University she sent her portfolio to hundreds of art directors for illustration work. Louise Fili responded, and Jessica was hired after the first interview, on her way to drawing letters as a full-time gig. 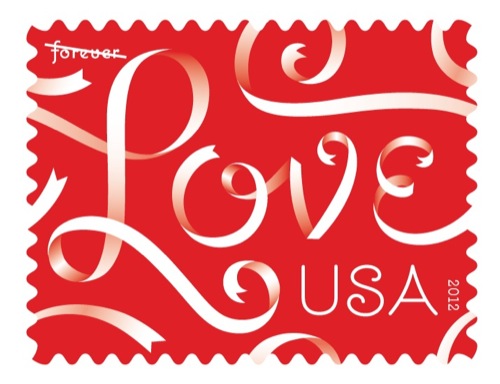 While doing that, she found her driving passion, which has led to commercial successes including The U.S.P.S. Love Stamp, and a job creating the hand-letter titles and typeface for the opening and end credits for Wes Anderson’s new film Moonrise Kingdom. 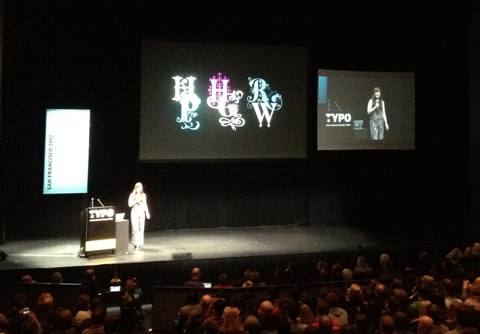 During her talk, Jessica Hische came across as charming, entertaining, humble, and honest. She’s forging her way through a bad economy with entrepreneurial spirit, and unlike some of her millennial peers in what’s often called “the lost generation”, her persistence has offered opportunities through which her ingenuity, creativity and community-minded nature can flourish.