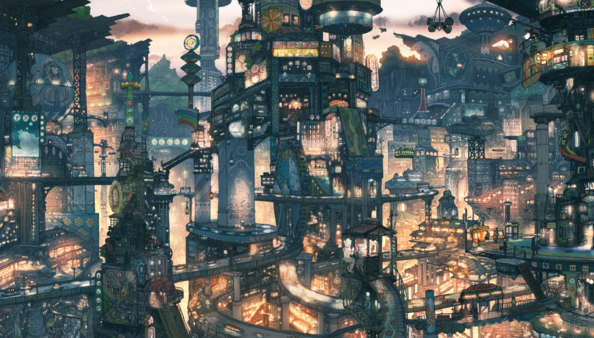 Cities must prepare for a greater political role, but without retreating into isolation. This is the opinion of Arthur De Grave, veteran member of the OuiShare Collective, who will be tackling the question of cities as self-contained polities at the OuiShare Fest 2017.

Founded in 2012 to decrypt and approach the dynamics of the collaborative economy, the OuiShare collective has since continued to broaden its range of concerns. For the 5th edition of the OuiShare Fest (July 5-7, 2017), which will bring to Paris experts and entrepreneurs from the world over, OuiShare explores the question of urban polities.

Julie Jeunejean: Why did you devote the 2017 OuiShare Fest to cities?

Arthur De Grave: For some years now cities have aroused ever greater interest. They are the object of more or less enlightened debate, some of them more or less constructed (smart cities, sharing cities, resilient cities, etc). In the 5th edition of the OuiShare Fest we seek first of all to put these ideas to the test, to separate the wheat from the chaff. But it is also the current development that have taken us to devote more interest to urban phenomena. Recent electoral events have highlighted the huge divide that separates global cities from peripheral cities.

I think that we all feel that the question of the power of cities deserves to be explored. Means to harness this potential such as technocentric visions of smart-cities or platform-based participatory democracy, and mutualization of resources and mobility have been developed and become the norm without ever having a proper political debate about it. This leaves us wanting.

How are you going to approach these questions?

We are organizing a conference to discuss them. Imagination, which is so desperately absent from contemporary politics, has to find its voice. The election of Trump, the Brexit vote, our current presidential debates… we feel it is more necessary than ever to carry out a collective exercise of political fiction.

Great cities already have vast concentrations of demographic, cultural, and economic power. In a faltering global system, what if cities were to acquire political power in the same proportion? What if cities-states made a comeback? Would this be progress or would it rather imply a great leap backwards? What world could we build on this basis?

According to OuiShare, cities provide both environmental threats and solutions. What do you mean by that?

Cities are a substantial part of the problem, yes, but they are also where many environmental challenges can be tackled. 300 years ago, most of us were more or less peasants. We consumed local produce and industry was still in its infancy. In very little time, humanity has become urbanized (54 percent of the global population already lives in cities, and 75 percent will by 2050). We have become concentrated in urban areas. It is not surprise that a change at this scale and this speed results in an unbalanced system. This is a fact, our cities are overcrowded, and gorged with traffic, they consume prodigious quantities of energy and resources that have to be brought far away… It is not surprising that certain studies suggest that as much as 70 percent of greenhouse gases are emitted by urban areas. At the very least we can agree that there is a huge margin for progress. But there are solutions out there.

What are these solutions?

Urban agriculture and/or short food cycles coupled with distributed logistical chains, individual and shared mobility, zero-waste practices, a circular economy, and more. The only thing missing is a consistent political vision and the will to execute it. Should one big city take the leap and try to balance the equation, others will follow. The world could change faster than we think. Otherwise, all we have left is to await salvation by yet another international climate change treaty.

How can we make sure that urban polities do not enclose themselves in a bubble?

We are not calling for an inward looking retreat, quite the opposite. The urban polities of the past were autonomous entities, but they were not isolated. They had complex relations with their surrounding territories, and sometimes they became allies through leagues — merchant ones like the Hanseatic League, or military ones like the Lombard League.

We believe that some urban polities are now ready to take on a more important political role. This is particularly important in the context of collapsing nation-states, there is no point in pandering to delusion; right-wing populists winning everywhere these days, can only precipitate the decline they seek to combat. In some ways, the return of city-states is already a reality.

Look at what's happening in the U.S. with the rebellion of the "sanctuary cities" against the Trump administration's migration policies. If we do nothing, yes, it is likely that great cities will become fortresses where global elites will resist whilst the peripheries slide into chaos.

We are persuaded that to avoid a bubble phenomenon, it is paradoxically necessary to reinforce the political power of cities. And by cities we don't mean an exclusive territory surrounded by a periphery, but rather a dynamic space articulated into its environment.

It is not about opposing cities vs. countries, but bringing together rural and urban progressists to work on a scale where action is still possible.

OuiShare seems to have an increasingly social orientation, has this concern always been at the heart of your enterprise?

This concern has always been with us. When we launched OuiShare five years ago, we were interested in the growing platform economy because we thought — not without much naivety — that it was the precursor of a new social model. When it became clear that is was in fact rather a lot more complicated, we were amongst the first to realize this.

Read the articles that we have published on our online magazine. We have never advocated for disruption at all cost. We have always sought to build a critical view that reconciles innovation and social progress, regardless of the current trends (sharing economy, blockchain, uberisation, platform cooperation).

How would you then define OuiShare?

For me it is not yet another think-tank looking at this or that problem. It is first of all a group of people that share the same concerns — even doubts — and a common outlook. To what extent can the digital economy lead to a new way to organise work, and truly shake up the sclerotic social structures that we have inherited? Can this promise even be fulfilled? This is the kind of questioning that has always driven us.

From this perspective, I believe that we are remaining faithful to ourselves in questioning the techno-centric "solution-based" vision brought about the ideology of smart cities, in bringing back the subjects of democracy, of the privatisation of public space, and of co-habitation.

How can cities that are not politically united exercise political influence in the face of economic forces that are beyond them?

If I had an answer to that question I would not be organising a conference about it, I would be hurrying to create a political party. Jokes aside, it's important to avoid falling back into another form of "solutionism."

A local currency, for example, is not enough to recreate local economic cycles as if by magic. It is part of the solution, but there are others (I'm not going to give you an extensive list here, but a brief one might include local democracy, utilizing civic technology, shared mobility, small networks, urban agriculture, digital manufacturing workshops, etc.). Once more, it is not about closing cities unto themselves, but about letting them take control of their own destiny.

How about their capacity to make a difference when large multinationals are concerned?

That's an entirely different kettle of fish. Here too, we are facing a complex question that deserves a separate discussion. I will briefly say however, that state-boundaries are social constructions, where as cities have something more concrete. For the digital giants, national frontiers are in fact very easy to overcome. For example, transnational companies can easily and joyfully indulge in the game of fiscal optimization.

However, it is much harder to escape local taxes and regulations. Your offices, your clients, you contributors and your data centers have to be somewhere. And where there is political will… Most big platforms have already realised this. I am thinking specifically about the struggle between the city of Barcelona and Airbnb. In the same way that digital doesn't mean immaterial, multinational doesn't mean extra-territorial. It is possible that according to an all too apparent paradox, it might be easier to frame global actors at the local rather than at the national level.

Can the governance of cities be better than that of states? There is of course no guarantee. However, I personally feel that the system of representative democracy of the modern era is entering a phase of terminal crisis. I mean, don't you find that the spectacle of the past presidential elections is completely shameful?

If it's impossible to organize something that resembles a democracy with 65 million inhabitants, it might be possible at the urban level. If it is all too clear that power corrupts, let's try to break it apart and distribute it to cities. We appeal to those that fight for progress to take power in cities, and for cities to take power in the world. One will not be able to make it without the other.

This piece has been re-published from We Demain. Header image by Ray Che via Flickr

"Why." I must say that most of my sentences begin with that word. Whether this concerns minor details of existence or broader questions. I've always wanted to understand how the world

"Why." I must say that most of my sentences begin with that word. Whether this concerns minor details of existence or broader questions. I've always wanted to understand how the world works. I guess that's why I became a journalist, to write about economic, political, and environmental issues.