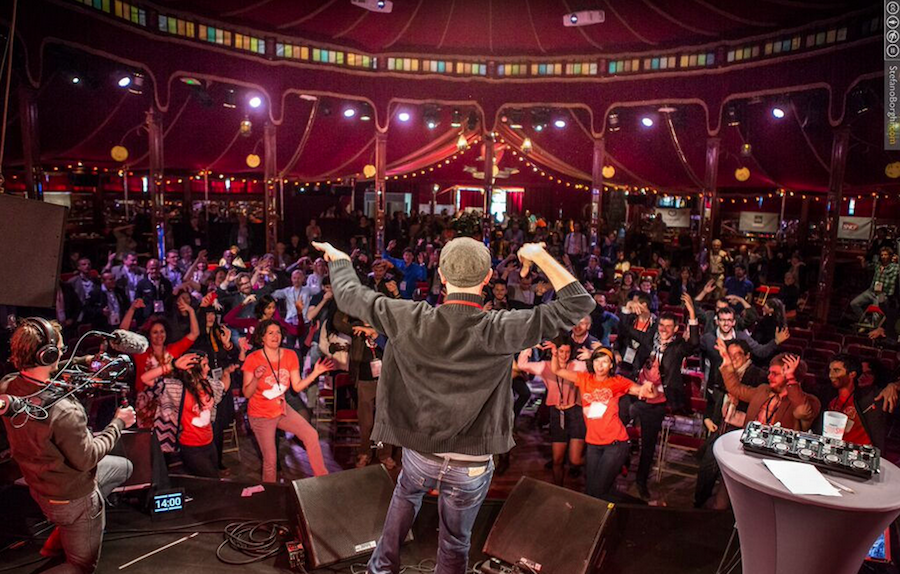 OuiShare Fest is an international gathering in Paris of sharing economy pioneers, enthusiasts and organizers. This year’s fest, which ran May 20-22, featured panels, presentations and discussions that explored numerous aspects of the sharing economy, collaboration, technological developments, and human connectedness. Here are 10 of the top presentations, as chosen by our friends at OuiShare.

2. Panel: On the role of Capital and Financial Tools in Driving Innovation and Socializing Value

A discussion between Indy Johar of OO, Jeremiah Owyang of Crowd Companies and Brett Scott of the Heretic’s Guide to Global Finance, this panel, moderated by Izabell Kaminska, explores, among other things, whether or not the collaborative model, and collaborative companies in general, inherently conflict with the financial market they’re trying to engage in.

3. Pia Mancini: Redesigning our Political System for the Internet Era

In Buenos Aires, an open source platform called Democracy OS, designed for citizens to get informed, to debate, and to vote on how they would like their representatives to vote, is reimagining politics. Democracy OS founder Pia Mancini discusses how the platform has changed the political landscape and argues that we need to further the conversation about innovation in the political system.

Bitcoin, a decentralized crypto-currency that operates independently of any one government or central bank, has introduced the idea of blockchain to people around the world. Primavera de Filippi from the Berkman Center for Internet & Society discusses a new platform, Ethereum, which builds upon the technology of Bitcoin to create a “smart contract and decentralized application” platform.

In 50 countries, thousands of communities are working to create new economies in solutions focused ways. Rob Hopkins of Transition Networks discusses some of the most interesting and exciting things he’s seen in the movement.

6. Aral Balkan: You Are the Product

Aral Balkan of Ide.ie discusses the fact that big companies are selling our data among themselves, and encourages the audience to ask the “very uncomfortable question”: What do we call the business of selling everything else about you that makes you who you are, apart from your body? And why…is this not being regulated?

Alessandra Orofino from Our Cities and Jeremy Heimans of Purpose, along with interviewer Diana Filippova discuss the link between tech, government and activism, old power vs. new power, and the drawbacks of technology as the answer for more democratic societies.

Alexa Clay, author of The Misfit Economy and David Kyuman Kin, a professor from Connecticut College discuss radical love, which Kin defines as an intense version of love. As he puts it, “Radical love is disruptive, it is deeply human, it demands full presence, it takes expression in things like compassion.”

On this panel moderated by Arthur De Grave of OuiShare, guests Myriam Faivre of CAE Clara, Matan Field of Backfeed, Juho Makkonen of ShareTribe, and David de Ugarte of Las Indias, get into what de Grave calls “the heart of the matter.” Observing that the sharing economy generates value through user interactions but does not give power back to people, the question is asked, Why is it that capital and power are so closely related and how can we counteract that?

10. The Sharing Economy and Human Connectedness

In this discussion, Francesca Pick from OuiShare, Jennifer Billock CEO of Couchsurfing, and Arun Sundararajan, professor at NYU Stern School of Business point out that one of the main benefits of the sharing economy is the connections it facilitates between people. The discussion then delves deeper to explore whether digital technologies make us more or less connected, how to create rich interactions and relationships with each other, and how, ultimately, it’s up to us to create connections and stay connected to one another. As Billock says, “Love is a powerful force and connection is a powerful force, and those are the things that make us happy and have some promise for future generations.”