What We Know About Worker Co-ops - Shareable
Skip to content 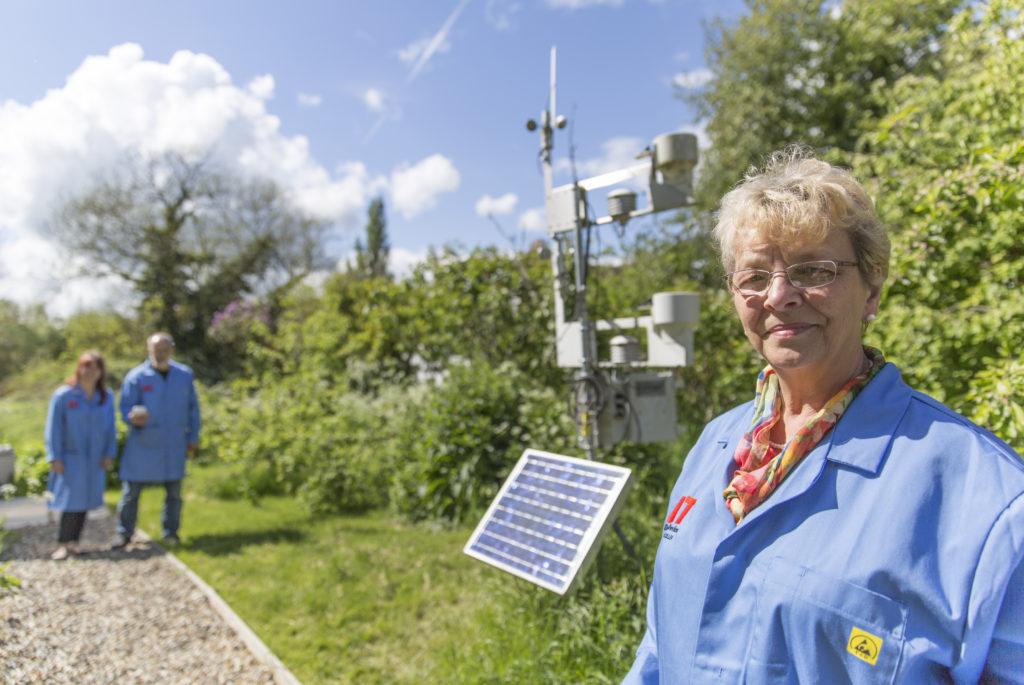 Photo courtesy of Co-operatives UK: Debbie Harley, a worker and director of Delta-T Devices, a thriving environmental science instruments worker co-operative, checks in on an installation.

Worker co-operatives tend to be smaller than conventional businesses and struggle to find investment, right? Well, not necessarily, according to new research into worker co-ops.

Over the last few years a growing body of evidence about worker-owned businesses has emerged, showing that they give staff more of a stake in the organisations they work for, boost productivity, and can work in almost all parts of the economy.

But, beyond these headlines what do we really know about worker cooperatives? Do they tend to be small? Do they struggle to get financial investment? Are they successfully competing with conventional businesses?

Professor Virginie Pérotin at the Leeds University Business School has looked at international data on worker-owned and run businesses in Europe, the U.S., and Latin America and compared them with conventional businesses.

In her new report, What Do We Really Know About Worker Cooperatives?, published by Cooperatives UK, the network for Britain’s thousands of cooperatives, she has analysed international studies on business issues like productivity, survival, investment, and responsiveness and identified a number of findings that add to our understanding of worker cooperatives.

1. Worker co-ops are successful businesses. First of all, she finds that worker cooperatives represent a serious business alternative and bring significant benefits to their employees and to the economy. “There are thousands of worker-run businesses in Europe, employing several hundred thousand people in a broad range of industries, from traditional manufacturing to the creative and high-tech industries,” says Professor Pérotin.

2. Worker cooperatives give staff control. Because worker cooperatives are owned and run by them, their employees have far more say in the business, from day-to-day concerns through to major strategic issues. “A job in a worker cooperative probably is particularly valuable, since it is a job in which the employee has a say in decisions that affect employment risks,” reads the report.

4. Worker cooperatives provide greater job security. When market conditions change, worker cooperatives review wages first and keep employment more stable than in conventional businesses. In a downturn, they drop wages rather than reduce their workforce and, when business picks up, they are ready to respond and can make up for lost pay because employees enjoy a share of profit.

6. Worker cooperatives are resilient. Last year our own data found that, whereas only 40 percent of new businesses in the UK survive the difficult first five years, 80 percent of co-ops do. Professor Pérotin’s analysis supports this, and she points out “worker cooperatives survive longer than other firms overall when industry and starting wage, size, and year of creation are taken into account, and this is due to their much lower closure risk (hazard), all else being equal, than conventional firms.”

7. Worker cooperatives have relatively high levels of investment. It is sometimes thought that worker cooperatives may struggle because they rely on investment from the employee members rather than external sources. “However, in practice,” says Professor Pérotin, “worker cooperatives plough back significantly more profit than required, perhaps as a form of insurance against job losses in downturns. This suggests that the hypothesised under-investment process itself does not apply in practice.”

So, when you put it all together, worker co-ops are successful, productive, resilient, and relatively large businesses that give their staff job security and control over its strategic direction. That is something that everyone needs to know about worker cooperatives.

The network for thousands of co-operative businesses, Co‑operatives UK works to promote, develop and unite member-owned business worth more than £37 billion to the economy.Our mission is to grow the co-operative economy

The network for thousands of co-operative businesses, Co‑operatives UK works to promote, develop and unite member-owned business worth more than £37 billion to the economy.

Our mission is to grow the co-operative economy and together we work to promote, develop and unite co-operatives across all sectors, from major high street retailers and large agricultural businesses to community owned pubs and credit unions.