A March, A Concert, A Cooperative - Shareable
Skip to content 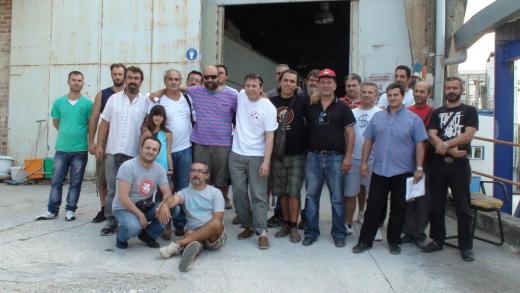 Last Monday five thousand people poured into Ivanofio Stadium in Thessaloniki, Greece’s second largest city, for a concert headlined by Thanassis Papakonstantinou, one of Greece’s foremost folk musicians. The stadium was packed, sold out, and more than a thousand people were left outside, unable to enter and hear the concert.

On any other Monday, such a show would be unremarkable, just another event in Greece’s vibrant cultural and educational capital. But on Monday, February 11, these thousands were not just there for the music, they were there in solidarity with the workers of Vio.Me. 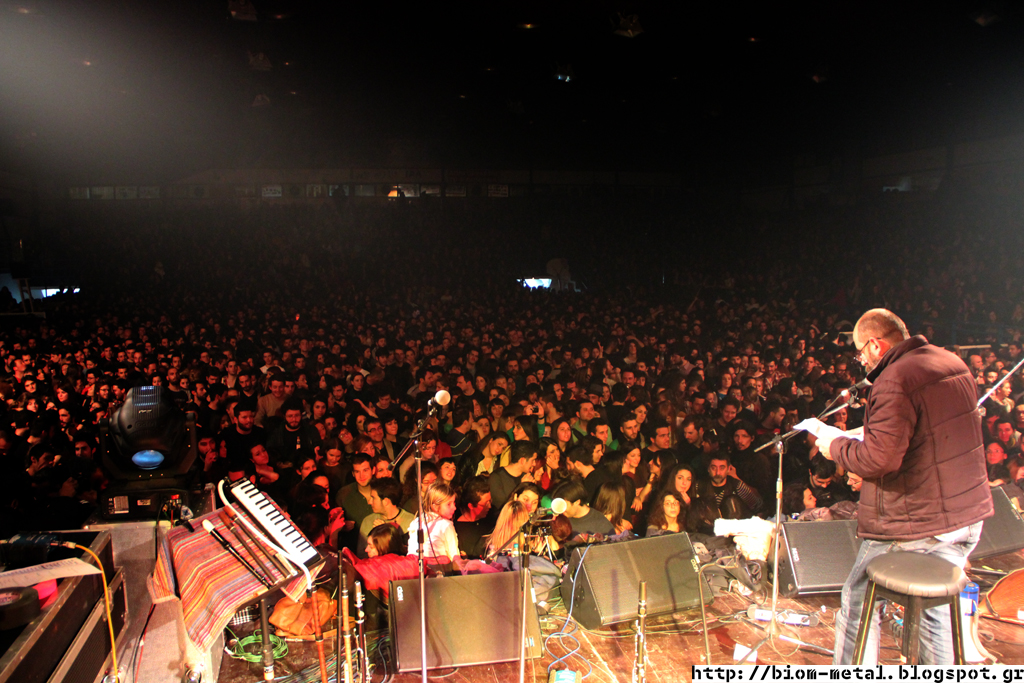 Vio.Me is a building materials factory which, like so many businesses in the country, has been devastated by the ongoing economic crisis. Its workers had not been paid since May 2011. The owners abandoned the factory, and the employees seemed prime candidates to join the 27% of Greeks who are unemployed. But Vio.Me’s workers fought back.

They formed a general assembly, and over a series of meetings decided that they wanted to keep the factory running, using worker’s democracy and horizontal control. They began rallying their community, and found many allies in a struggle with the absentee owners, hoping to bring the factory back to life by occupying it and eventually taking ownership. As the struggle escalated, they received attention across Greece and eventually around the world.

Monday’s fundraising concert followed a massive march through downtown Thessaloniki, and demonstrated just how much their fight for the factory had inspired the city at large. It was the culmination of twenty months of intense action, and it was a massive celebration: they knew that the next day, February 12, they would start the factory back up again.

The next morning hundreds of supporters marched to the factory. There the workers were in place, ready and waiting, and, in front of television cameras and a cheering public, they fired up the machines.

Part of the reason Vio.Me has gathered such strong support and attention is that it is the first worker-controlled industrial project in austerity-hobbled Greece. And the workers see their actions as an example for what could be done to save Greece from its crisis:

“With unemployment climbing to 30% – sick and tired of big words, promises and more taxes – not having been paid since May 2011, the workers of Vio.Me… declare their determination not to fall prey to a condition of perpetual unemployment, but instead to take the factory in their own hands to operate themselves.”

The factory has been going for a week now, but as with all worker controlled co-operatives, the first stage is critical, where the most capital outlay is required and the functionings of worker democracy and horizontal production are still being worked out. You can learn more, send statements of solidarity or donate at https://www.viome.org