3 surprising facts that will change the way you think about worker cooperatives: Q&A with Virginie Pérotin - Shareable
Skip to content 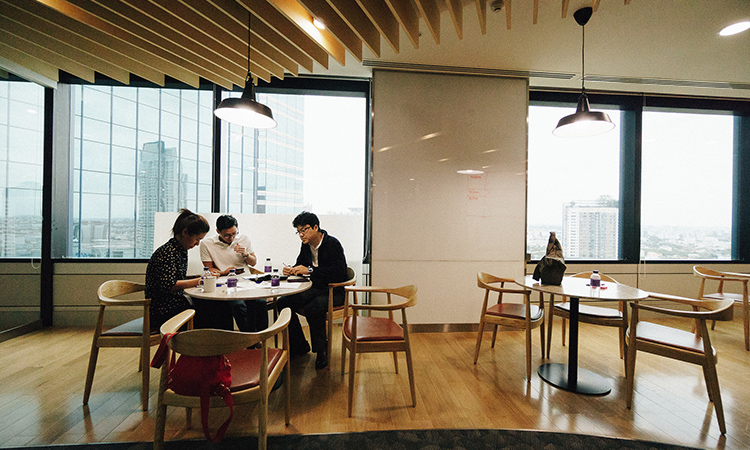 Is it really easier, as some have said, to imagine the end of the world than to imagine the end of capitalism? In the capitalist model, corporations are treated as the default way of organizing business enterprises and assumed to be naturally efficient due to their top-down decision-making hierarchies. Yet interest in new types of business structures has surged since the 2008 recession, and research continues to emerge showing that alternatives can actually perform better than the traditional corporate structure.

One of those alternatives is the worker cooperative, a business that is owned and self-managed by its workers. Cooperatives outperform traditional business structures in a number of key ways, Virginie Pérotin has found. Her review of the research revealed three important facts about cooperatives compared to traditional corporations:

In her recent paper, “What do we really know about worker cooperatives,” Pérotin, Emeritus Professor of Economics at Leeds Business School in the United Kingdom, attempts to address some of the assumptions people often make about cooperatives. Her paper pulls together some of the most important studies to date on worker cooperatives to demonstrate that the co-op model represents a serious alternative. Robert Raymond spoke with Virginie Pérotin at her office at Leeds Business school.

Robert Raymond: People usually think of worker cooperatives as being smaller operations, and perhaps generally limited to specific types of businesses — like coffee shops, for example. But in your paper, “What do we really know about worker cooperatives?” you present a wide variety of research that actually suggests otherwise.

Virginie Pérotin, Emeritus Professor of Economics, Leeds Business School: All of the data I’ve found suggests that worker cooperatives are actually larger than conventional firms. And yes, it’s actually not the case that worker co-ops can only thrive in certain specific special industries — we find them in just about all industries.

Tell us about your finding that worker cooperatives tend to last longer than traditional businesses.

That seems to be the case. We have little evidence as it is, but the evidence we do have suggests that worker cooperatives survive at least as well as conventional firms. Avner Ben-ner in the U.S. has looked at the proportion of firms that close down in a given year among worker cooperatives and among other firms in various countries and found that those rates tended to be lower among co-ops.

And more recently, my colleague here at Leeds, Gabriel Burdín, has done what is the most rigorous study to date on compared survival with data from Uruguay. He’s estimated the effect of being a co-op on the probability that a firm closes down within a certain time. And he found that, when you take into account the firm size when it started, its capital, its specific industry etc., all these factors being equal, the cooperatives survive 29 percent longer than the other firms. And that is the most rigorous evidence to date.

A common myth about worker cooperatives is that they are less efficient or productive than traditional hierarchical businesses and that the democratic decision-making process can be a hindrance to production. But your findings turn this assumption on its head. Can you explain why?

I looked at about half a dozen studies that have compared worker co-ops with capitalist firms in terms of productivity, but I’ll talk about two studies, one on the U.S. plywood cooperatives of the Pacific Northwest and one done by myself with my two co-authors from France. They compared capitalist firms and worker co-ops by taking the amount of labor and capital of each firm to see whether it would produce more if it were structured as a capitalist business or as a worker cooperative.

In both cases we found that in general businesses would produce more if they behaved like co-ops. That is, if the traditional firms organized production in the way that co-ops do, they would be more productive, whereas the co-ops always produced at least as much with their own way of organizing things as with the conventional way. This is important because it suggests that traditionally structured businesses are not using their inputs, capital, and labor to their best advantage — co-ops do that better.

Why do you think that’s the case?

The reason for this is because of democracy. If you participate in the decision-making process, you’re more informed and it’s likely more easy to implement decisions. Perhaps members of worker co-ops also feel more motivated because they feel more recognized, or they feel they have more control over their job.

And the other thing that goes together with democracy is of course the incentives — members receive a share of profit in worker co-ops and so they have an incentive to contribute information and skills because they will receive a share of the profit later on. But of course, we can’t show this as economists — we need sociologists to do those kinds of studies.

Another fascinating finding in your paper was that, unlike traditional firms, worker cooperatives tend to work somewhat countercyclically — that is, they do better than regular companies during times of recession.

There are a number of studies on this coming from the United States, Italy, and Uruguay. They found that conventional firms behave exactly as we would expect them to behave — that is, if the price of their product changes or demand changes, they change employment. So if one goes up, they increase employment. If one goes down, they cut jobs. Worker cooperatives are different — they change compensation, or pay, first. So, for example, if business is booming, the first thing they’ll do is pay workers more. If business is not going well, they cut pay first, instead of reducing employment.

So worker cooperatives seem to have many economic advantages, but there aren’t that many of them. What are some of the major structural structural and ideological barriers to cooperatives becoming more commonplace?

Ideologically, people seem to think that worker cooperatives wouldn’t work — that they would be a mess. People usually think everybody is going to take part in every single decision and that it’s going to be chaotic — these prejudices are certainly there.

More structurally, one thing we don’t really understand yet is why so few worker cooperatives are created. We know that there must be informational barriers, of course. So if you want to create a worker co-op in most countries, nobody around you will know exactly what they are, much less how to set it up. Your bank will think that this is a crazy idea. So it will be more expensive to get credit and it will be very difficult to set up — which may be why they survive longer, as they may be more selectively created.