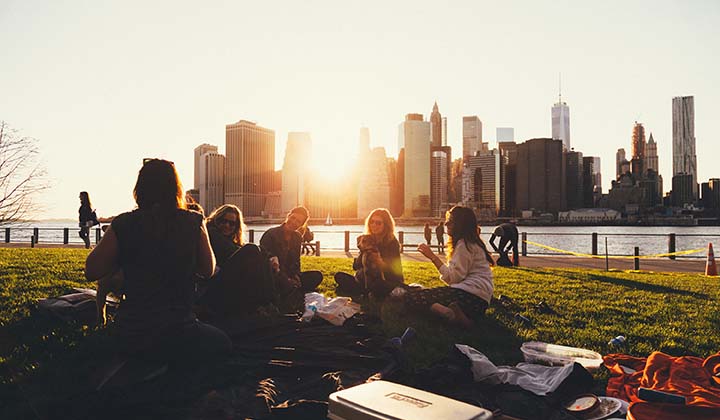 Photo by Ben Duchac on Unsplash

Having a home that is walkable to amenities like parks and grocery stores is important to many Americans for convenience and quality of life. According to new research from the American Enterprise Institute (AEI), it’s also a key factor in controlling loneliness and social isolation. AEI researchers Dan Cox and Ryan Streeter have concluded that Americans who live in amenity-rich neighborhoods are more connected to their community, friendlier towards their neighbors, and more social. This is true, the report states, regardless of a person’s social class, gender, or race, and is consistent in both rural and urban settings. AEI is widely known to be a conservative organization and usually advocates for smaller government and cuts to social programs, so a report of this nature coming from this institute is particularly notable.

The survey that AEI used to compile the report was designed to gauge not only the availability of a wide variety of amenities like parks, restaurants and grocery stores, but also how accessible these amenities are. While most Americans report that they are fairly close (within a 15-minute drive) to their favorite grocery store, only 13% of respondents were within walking distance. Only 10% of Americans say that they can walk to their favorite bar or coffee shop, while 6% report being able to walk to an entertainment venue like a movie theater.

It is clear from the data that many Americans have to drive in order to reach the amenities that will help them feel most connected, but in order to have a complete picture, the researchers also developed an Amenity Index that brings together six different measures of neighborhood amenities into one scale between six and 30. This can then be broken down into five categories ranging from ‘very low’ to ‘very high’ amenity. Only 23% of respondents live in high amenity or very high amenity neighborhoods. Higher amenity neighborhoods have an over-representation of white people and of people who are college educated, and they tend to lean younger, with more than a third of residents under 30.

As AEI’s report illustrates, marginalized Americans like elderly and low-income populations are less likely to have access to the amenities they need to make connections with their neighbors and feel less isolated. In order to create a more equitable (and a more social) America, we will have to start with the places we call home.