Is American Exceptionalism a Myth? - Shareable
Skip to content 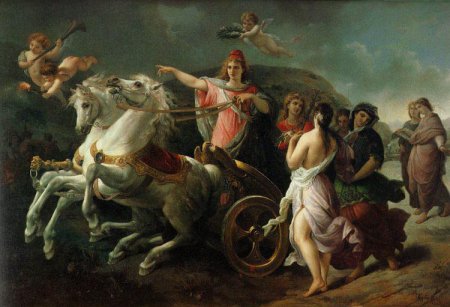 Conventional wisdom states that individualism is coded within the very DNA of the American people. Since Ralph Waldo Emerson's exceptionalism manifesto "Self-Reliance," the American character has defined itself by its iconoclasm. But are Americans actually uniquely individualistic in practice?

Claude S. Fischer, author of Made in America: A Social History of American Culture and Character, is dubious. He argues that Americans are in fact less like to prioritize the needs and desires of the individual over social institutions and family. 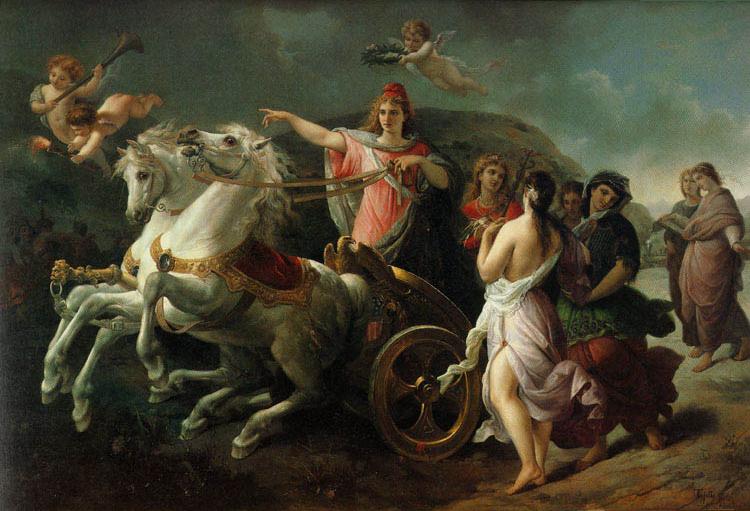 Fisher defines individualism as "Americans give priority to personal liberty," and uses a 2006 study by the International Social Survey Programme to make his point, gaging Americans' responses on matters of personal conscience, individual versus country, and individual versus family. In all cases, Fisher finds that Americans surveyed as being the least likely to prioritize individualism.

Two of the survey questions that Fisher cites: 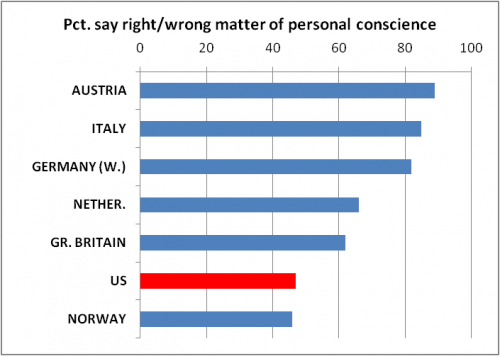 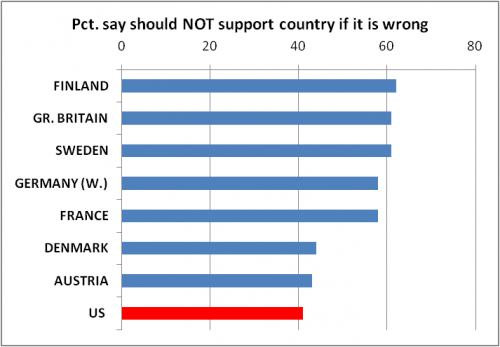 In response to the libertarian streak that runs through much of the American political rhetoric, Fisher argues that it is not necessarily evidence of an innate individualism, but instead a strong anti-statist sentiment:

It is true that in answers to some related questions, other patterns emerge. Americans show much more hostility to government and social programs than Europeans do. Also, Americans are much less likely to endorse public assistance for the needy than are Europeans, in effect, saying, “You’re on your own, buddy.” Both positions are consistent with individualism. However, they are not the same thing as individualism.

The first position is basically anti-statism. You could also find great suspicion of central government among, say, clansmen in tribal societies, or could have found it among petty lords in feudal societies, and neither were cultures of liberty. The second position derives from a laissez-faire, pro-business view of economic life, to which Americans do seem especially committed. But this sort of economic social darwinism seems unconnected to general libertarianism. These two positions are special cases, not evidence of general individualism.

Perhaps most provocatively, Fisher argues that it is not the American people who are individualistic in practice, but instead our governing institutions, focused on preserving the individual rights of the people. But one conclusion that Fisher makes is of particular interest to Shareable readers: he states that what is truly exceptional about Americans is their committment to voluntarism within their community:

I’ll suggest one more answer: What makes Americans culturally exceptional is not their historical commitment to individualism, but their historical commitment to voluntarism. Voluntarism is about being part of a community, but belonging voluntarily. Americans have long held that people can and should join or leave groups – families, congregations, clubs, townships, and so on – of their individual free will. But Americans also insist that, as long as individuals are members of any such group, they owe their loyalty.

These are broad conclusions drawn from a handful of data points, and as Lisa Wade of Occidental College notes at Sociological Images, "The argument and the answers clearly revolve around how we define (or operationalize) 'individualism.'" Yet Fisher's argument remains a compelling corrective to the what seems to be basic conventional wisdom, a premise of American exceptionalism that is the core of high school civics lessons. It would be fascinating to find a study devoted to these very questions.

But regardless of the statistical rigor of his argument, one point resonates strongly for me: the American impulse for voluntarism, whether it be practiced through communities, religious institutions, affinity groups or online social networks, is strong, and receives far too little attention in the narrative of the American character.